This church is facing a $12,000 fine for letting homeless people sleep on its property 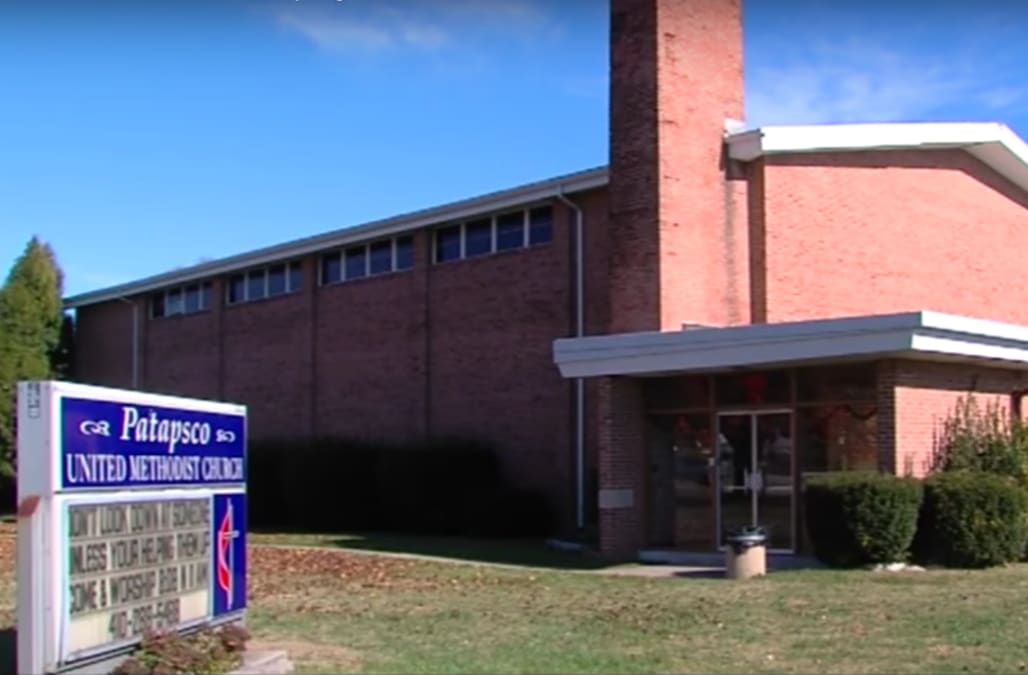 Patapsco United Methodist Church is a small congregation on the southeast edge of Baltimore next to the Chesapeake Bay. Sometimes, at night, homeless people with nowhere else to go will sleep on church grounds — not too surprising given the church's proximity to a major city and the promise of safety a church can represent.

But in the future, those people may have to find another place to sleep, because the church may be fined out of existence by local government. Yahoo News reports:

When Rev. Katie Grover arrived on a recent morning at Patapsco United Methodist Church, one of two congregations she pastors in the Baltimore area, she was surprised to find a $12,000 citation attached to the door.

According to the citation, the church, located on a busy street in Dundalk, Md., had violated a county regulation that prohibits "non-permitted rooming and boarding" houses by allowing homeless individuals to sleep on church grounds. Patapsco UMC failed "to cease exterior use of property as housing units," read the inspector's comments. "People still living in rear of property under tarped area."

Now the church has to decide by Sunday, Dec. 18, whether to evict homeless individuals from its grounds or pay a $12,000 county fine that would severely strain the small congregation's lean budget.

RELATED: In a small win for basic human decency, police in Denver can't steal blankets from the homeless — for now

Now, this all started because a neighbor who owns a fruit stand business next door complained to the county. He's unhappy because, as he says in this local news clip, some of the homeless people have peed on his apple tree and now it's not producing apples.

If that's the case, the fruit stand guy has good reason to be upset — but the church isn't the culprit here. Allowing someone to sleep on your property doesn't make you responsible for everything they do. If vandalism is happening, however, law enforcement should go after the individuals actually responsible.

Instead, however, local government has slapped Patapsco UMC, an easier target, with a fine that threatens to shut church doors forever. (That the pastor can only be supported by two congregations rather than just this one is a pretty strong indication that the financial threat posed by a $12,000 fine — which grows by $200 each day the church doesn't comply — is very real. )

This is a miscarriage of justice and a serious infringement on private property rights. Worse, to my mind, is how it impedes such a basic expression of what it means to be the church.

"I'm not trying to be adversarial with anyone. We're just trying to do what a church is called to do, and that's to love people," explained Rev. Grover. "In Scripture, it talks about feeding the hungry, clothing the naked, visiting the sick. Whatever we've done to the least of these, it's as if we've done it to Christ himself."

RELATED: Venezuela's socialist government is pretending to save Christmas by stealing toys and arresting toymakers

That it's Christmas time — when we retell the story of how Mary and Joseph were temporarily homeless when it was time for Jesus to be born — adds a layer of sad irony to this church's plight.

"Mary and Joseph gave birth to the Messiah in a stable because there wasn't any room for them anywhere else," Rev. Grover said. "Here we are in this Christmas season where we celebrate the coming of Christ, and we're battling whether a person can sleep outside — outside! — on a bench."

More from Rare:
Will Ron Paul be appointed to the Federal Reserve board?
Trump's pick to head the CIA wants the government to spy on virtually everything we do
Rep. Thomas Massie: "I would dearly like to see the day when any U.S. citizen can carry in every state"