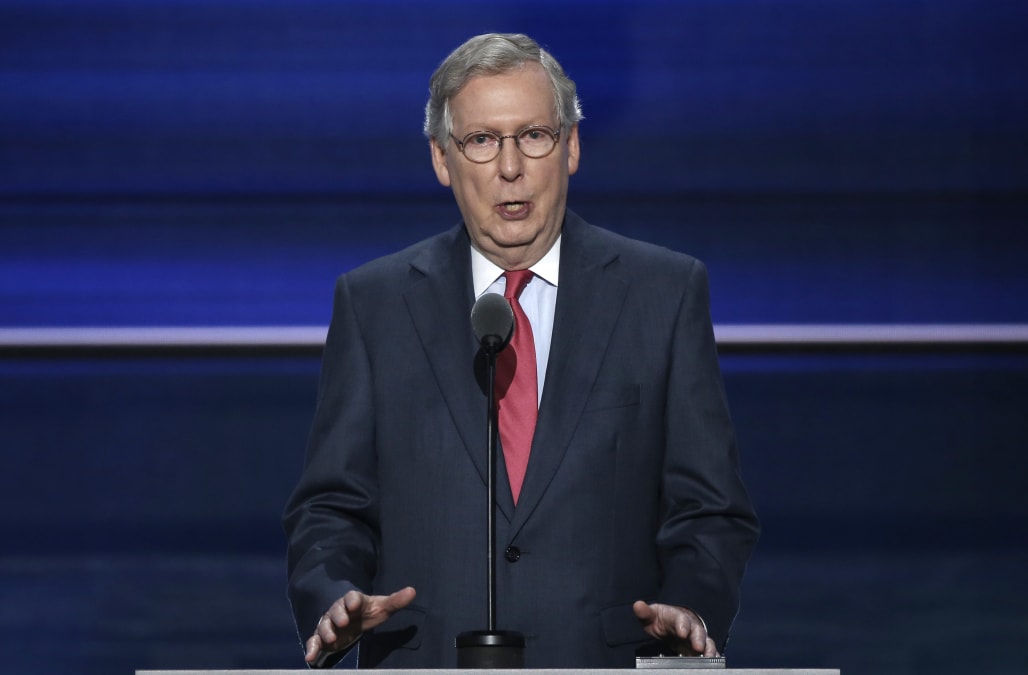 Senate Majority Leader Mitch McConnell was as stunned as anyone by Republicans' victories on election night.

In an interview that aired on public television Monday night, the Kentucky Republican said he didn't expect Donald Trump's victory, nor did he anticipate hanging on to the majority in the Senate.

"I honestly thought we wouldn't hold the U.S. Senate, I thought we'd come up short," McConnell told Kentucky Educational Television's Bill Goodman. "And I didn't think President[-elect] Trump had a chance of winning."

McConnell, though, said the former reality television star and real estate mogul was able to connect with disaffected, working-class voters who were disappointed by the Obama administration, and thus was able to "pierce the blue wall" that delivered him the electoral votes he needed to win the White House.

And that was despite a background that, at least on paper, wouldn't seem likely to resonate with those voters, McConnell said.

"Trump was able to convey – oddly enough a message from a billionaire who lives in Manhattan – a genuine concern for people who felt kind of left off, who felt offended by all the political correctness they see around them," McConnell said.

The results of the election, meanwhile, have Democrats "in a very feisty mood these days," McConnell said.

"I know a lot of people are upset and bent out of shape about things that happened this year," McConnell said. "I just want to remind everybody that this is an extraordinarily resilient country we live in."

McConnell largely avoided discussing Trump over the course of the campaign, saying he would support him in May but for the most part refusing to comment on his controversial campaign trail statements. Unlike House Speaker Paul Ryan, who repeatedly clashed with the then-Republican nominee, McConnell avoided the limelight and, as a result, has been a far less frequent target of Trump's ire than Ryan.

Elsewhere in the interview, McConnell reiterated his continued opposition to having a special committee investigate Russian interference in the presidential election.

A bipartisan group of prominent senators, led by Armed Forces Committee Chairman John McCain of Arizona and incoming Democratic Leader Chuck Schumer of New York, have urged McConnell to authorize the formation of a panel dedicated to probing the hacking that U.S. intelligence agencies have concluded was done by Russia and intended to help elect Trump.

While McConnell – unlike Trump and many GOP voters – does not deny or question Russia's role in the hacking, he has maintained that the investigation in the Senate can be done through an existing committee.

"There's no question that the Russians were messing around in our election," McConnell said Monday. "It is a matter of genuine concern and it needs to be investigated."

But the Senate intelligence committee, McConnell said, is "fully capable of handling this."