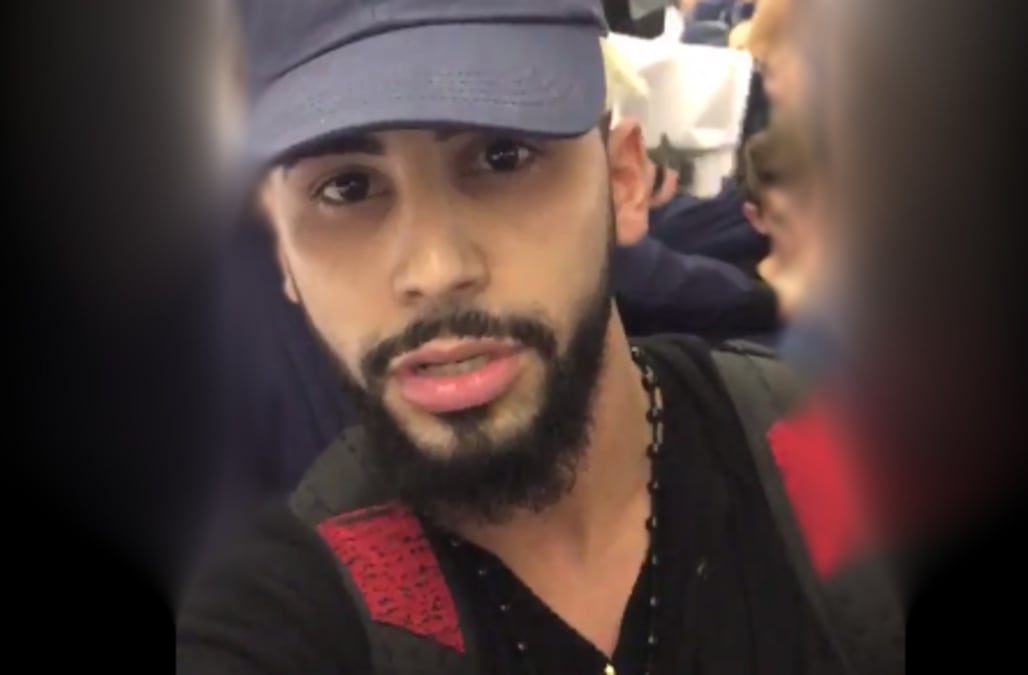 Delta Air Lines responded to accusations from YouTube star Adam Saleh on Wednesday after he posted a video saying he was kicked off a flight for speaking Arabic.

In a released statement, Delta said:

"Two customers were removed from this flight and later rebooked after a disturbance in the cabin resulted in more than 20 customers expressing their discomfort. We're conducting a full review to understand what transpired. We are taking allegations of discrimination very seriously; our culture requires treating others with respect."

Saleh, an internet star with over 1.6 million YouTube subscribers and over 260,000 Twitter followers posted a video of the incident to Twitter, where it quickly went viral. The post shows Saleh getting escorted off the plane, saying he said "one word" in another language before someone said they were "uncomfortable." According to Saleh, they were then escorted off the plane.

Watch Saleh's video of the incident in the tweet below:

We got kicked out of a @Delta airplane because I spoke Arabic to my mom on the phone and with my friend slim... WTFFFFFFFF please spread pic.twitter.com/P5dQCE0qos

RELATED: 20 most-loved airlines in the world

More from AOL.com:
The 100 greatest innovations of 2016
17 odd things you can buy now from vending machines
Best tech gadget gifts for under $50