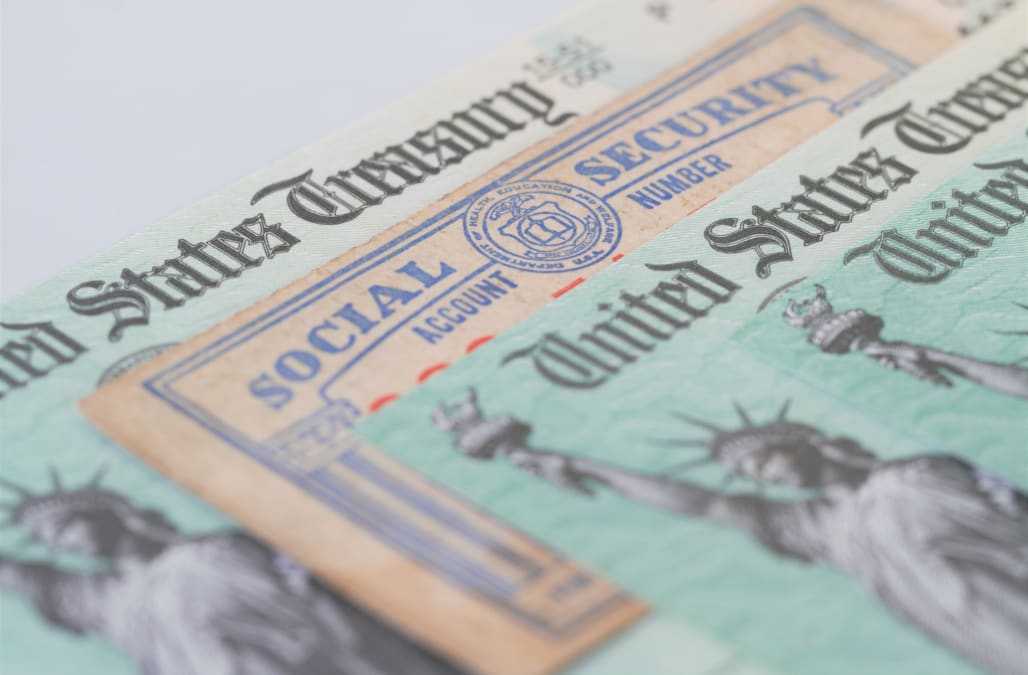 Student loan debt is not just a problem for the young; it's increasingly following Americans into their retirement years.

In fact, the federal government withheld more than $170 million in 2015 payments to retirees — euphemistically dubbed "Social Security offsets" — because of defaulted student loan debt, according to a report released Tuesday by the Government Accountability Office.

The reduction of Social Security benefits because of unpaid student loans left many of the people affected with incomes below the poverty line — which ranged from $11,770 for a single-family household to $40,890 for a family of eight in 2015, according to the Department of Health & Human Services.

"Many older borrowers subject to offset have their Social Security benefits reduced below the federal poverty guideline because the threshold to protect benefits — implemented by regulation in 1998 — is not adjusted for costs of living," the GAO report said.

Social Security's beneficiary base is increasing rapidly due to the ongoing retirement of baby boomers, which is expected to last until about 2030. As such, 5.44 million people were newly awarded Social Security benefits in 2015.

It's important to understand that Social Security isn't an entitlement, though the requirements for a guaranteed benefit are not too high. You need 40 lifetime work credits to qualify for Social Security benefits, and a maximum of four credits can be earned annually. In 2017, one work credit is equal to $1,300 in wages. Simply earn $5,200 in 2017 and you'll have maxed out your work credits for the year. Do that 10 times and you'll be guaranteed benefits when you retire.

Based on statistics from the SSA, nearly all working Americans (96%) are covered by survivors insurance protection. Though Social Security is primarily designed to provide financial protection for retired workers, it does provide benefits for the spouses, children, and in rarer cases parents of deceased workers.

To add to the above statistic, the SSA also points out that 90% of the American workforce is covered in case of long-term disability. Since nearly 70% of all private sector workers have no long-term disability insurance, it's good knowing that Social Security has their back.

An interesting figure from the SSA is that 55% of beneficiaries are women. Social Security income is of particular importance to women since 1) they tend to live about five years longer than men, on average, and 2) they're often the caregivers that take care of the kids or sick family members, thus their lifetime earnings are often lower than their male counterparts'. Social Security income can be critical to ensuring a healthy financial foundation for women come retirement.

According to an analysis conducted by the Center on Budget and Policy Priorities (CBPP), Social Security income has reduced what would be a 40.5% poverty rate for seniors without this added income to just 8.5%. While the CBPP's analysis can't factor in external variables such as how much extra seniors would have saved prior to retiring if Social Security wasn't available, it's clear as day that Social Security is critical to keeping seniors on solid financial footing.

Based on data from the SSA, 81% of all benefits paid out by the Old-Age, Survivors, and Disability Insurance Trust (OASDI) are heading to seniors ages 62 and up. Just 5% go to children under the age of 18, and another 14% to adults between the ages of 18 and 61.

The SSA's data showed that $920.2 billion was collected from three revenue channels in 2015. A majority of this revenue came from payroll taxes (86.4%), while interest earned on the OASDI's spare cash (10.1%) and the taxation of benefits (3.4%) comprised the remainder.

Payroll taxes comprise the lion's share of revenue collection for Social Security. This tax totals 12.4% of wages (up to a certain point, which is discussed below) and it's typically split down the middle between you and your employer, with each paying 6.2%. If you happen to be self-employed, you're on the line for the entire 12.4% tax.

The September 2016 snapshot shows that the average retired worker is bringing home $1,351.70 per month, or $16,220 over the course of a year. Annual benefit increases are tied to the inflation rate as measured by the Consumer Price Index for Urban Wage Earners and Clericals Workers, or the CPI-W.

Speaking of inflation, Social Security beneficiaries are getting a 0.3% cost-of-living adjustment (COLA) in 2017, the smallest increase on record. Social Security's COLA has been dragged down in recent years by weaker energy and food costs, which are sizable components of the CPI-W.

One of the more saddening facts and figures about Social Security is that its COLA has been lower than medical cost inflation in 33 of the past 35 years. The CPI-W factors in a number of varied expenses, but medical costs are a much smaller portion of workers' average expenditures. Seniors spend double what urban wage earners and clerical workers do on medical costs as a percentage of their annual expenditures.

Social Security benefits are capped at $2,687 per month, which makes sense given that payroll taxes have an annual cap as well. The monthly benefit cap is usually adjusted year-to-year based on inflation. Only a small fraction of Americans have a shot at reaching this maximum payout, as you'll see in the next figure.

Based on data from 2013, as assembled by the Centers for Retirement Research at Boston College, 60% of retirees sign up for benefits before reaching their full retirement age (FRA). A person's FRA is when they become eligible to receive 100% of their FRA benefit. By signing up early, retirees are taking a cut in benefits from their FRA benefit of up to 25% to 30%.

Based on the latest report from the Social Security Board of Trustees, by 2020 the cash inflow into the OASDI is slated to turn into a cash outflow. In other words, what's expected to be close to $2.9 trillion in spare cash will begin dwindling in 2020.

Perhaps the scariest finding of the Trustees' report is that Social Security's spare cash is expected to be exhausted by the year 2034. Assuming Congress passes no new laws affecting Social Security, the Trustees predict that an across-the-board benefits cut of up to 21% may be needed to sustain payouts through the year 2090.

Findings from the Board of Trustees report also showed that the actuarial deficit in 2016 was 2.66% for the program. In easier-to-understand terms, a 2.66% increase to the payroll tax would be expected to alleviate all funding concerns through the year 2090. This would mean an increase to 7.53% if you're employed by someone else, or 15.06% if you're self-employed.

According to Gallup, 51% of polled Americans in 2015 believed Social Security won't be there for them when they retire. Luckily, this is blatantly false. Social Security is essentially incapable of going bankrupt because it'll always be collecting payroll tax revenue from the workforce. Benefits may indeed need to be cut, but the program will be there for many generations to come.

Finally, a survey conducted by MassMutual Financial Group in 2015 found that just 28% of the more than 1,500 respondents who took its quiz received a passing grade and correctly answered at least 7 out of 10 multiple choice or true/false questions. Only 1 respondent out of more than 1,500 got all 10 questions correct. It's a stark reminder of just how little Americans know about Social Security.

According to the report, borrowers aged 50 and older who had their Social Security wages garnished thanks to unpaid student loans saw a monthly reduction in income of about $140.

The report shows a perhaps-surprising proportion — about 40% — have had their student debt for at least 20 years.

Most were on the hook for their own borrowing: Three-quarters of the people who saw their Social Security garnished took out the loans for their own college degrees. Others, however, borrowed loans to help pay for their kids' education.

The GAO has referred the study to the Senate Special Committee on Aging.

Two of the top Democrats on the committee — Sens. Claire McCaskill and Elizabeth Warren — said they fear the number of seniors with unpaid student debt is "the tip of the iceberg" to a growing problem, the Wall Street Journalreported.

This is not the first time the GAO has issued a dire report on aging and disabled individuals' student-loan woes.

According to a 2014GAO report, 27% of federal student loans held by people between the ages of 65 and 74 were in default; more than half of loans were in default for individuals aged 75 and older.