Supernova turns out to be black hole devouring a star 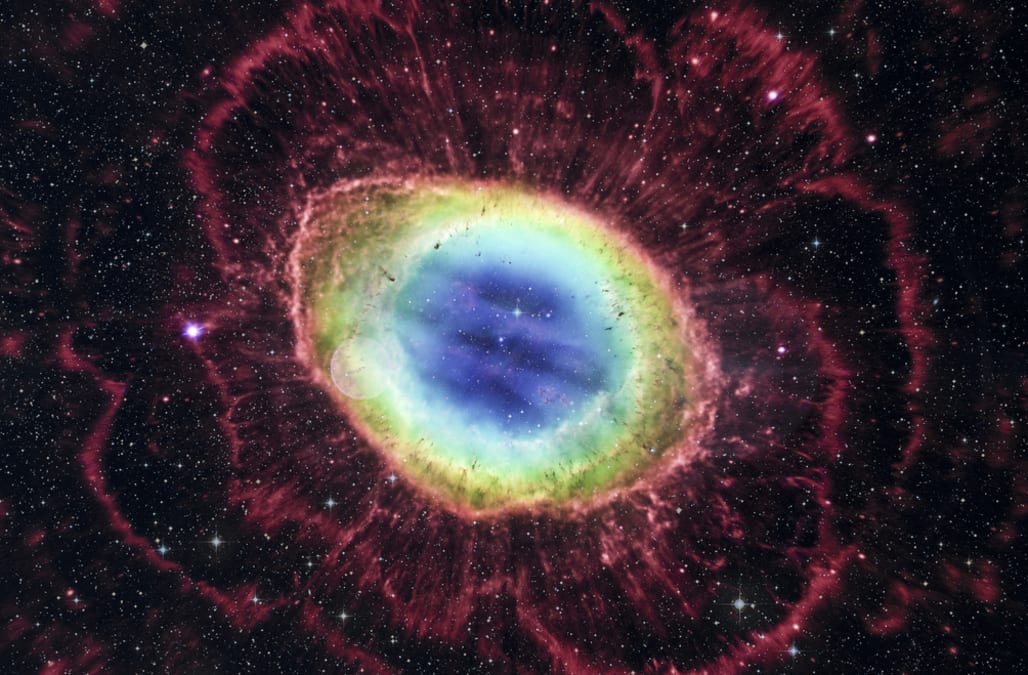 The Hubble Telescope has shed new light on one of the brightest events ever witnessed in the universe. In 2015, scientists thought they witnessed the brightest supernova ever recorded, but it turns out it might have been an even more rare event — a black hole ripping a star to shreds. Researchers believe the "superluminous event" was caused by colliding debris and heat as a rapidly spinning supermassive black hole destroyed a small star. The black hole, in a galaxy some 4 billion light-years from Earth, likely has a mass at least 100 million times that of Earth's Sun. Astronomers reached this theory using data from the Hubble and two ground-based telescopes.

The post Supernova Turns Out To Be Black Hole Devouring A Star appeared first on Vocativ.

Sunset From the International Space Station

Expedition 47 Flight Engineer Jeff Williams of NASA captured a series of photos for this composite image of the setting sun reflected by the ocean.

Space Station Flight Over the Southern Tip of Italy

The southern tip of Italy is visible in this image taken by the Expedition 49 crew aboard the International Space Station on Sept. 17, 2016. The brightly lit city of Naples can be seen in the bottom section of the image. A Russian Soyuz spacecraft can be seen in the foreground.

Astronauts on the International Space Station captured a series of incredible star trail images on Oct. 3, 2016, as they orbited at 17,500 miles per hour. The station orbits the Earth every 90 minutes, and astronauts aboard see an average of 16 sunrises and sunsets every 24 hours.

The Nili Fossae region, located on the northwest rim of Isidis impact basin, is one of the most colorful regions of Mars. This region is ancient and has had a complicated geologic history, leading to interesting structures like layered bedrock, as well as other compositions.

The distinctively fluted surface and elongated hills in this image in Medusae Fossae are caused by wind erosion of a soft fine-grained rock. Called yardangs, these features are aligned with the prevailing wind direction. This wind direction would have dominated for a very long time to carve these large-scale features into the exposed rock.

This Halloween, take a tour with NASA's Exoplanet Exploration site of some of the most terrifying destinations in our galaxy. The nightmare world of HD 189733 b is the killer you never see coming. To the human eye, this far-off planet looks bright blue. But any space traveler confusing it with the friendly skies of Earth would be badly mistaken.

An astronaut aboard the International Space Station adjusted the camera for night imaging and captured the green veils and curtains of an aurora that spanned thousands of kilometers over Quebec, Canada.

Around local midnight time on April 8, 2015, astronauts aboard the International Space Station took this photograph of Paris, often referred to as the “City of Light.” The pattern of the street grid dominates at night, providing a completely different set of visual features from those visible during the day.

Stargazing From the International Space Station

Astronauts aboard the International Space Station (ISS) see the world at night on every orbit — that’s 16 times each crew day. An astronaut took this broad, short-lens photograph of Earth’s night lights while looking out over the remote reaches of the central equatorial Pacific Ocean.

Thanks to a bill passed by Texas legislators that put in place technical voting procedure for astronauts, they have the ability to vote from space through specially designed absentee ballots. To preserve the integrity of the secret vote, the ballot is encrypted and only accessible by the astronaut and the county clerk responsible for casting it.

An astronaut aboard the International Space Station photographed a sunset that looks like a vast sheet of flame. With Earth’s surface already in darkness, the setting sun, the cloud masses, and the sideways viewing angle make a powerful image of the kind that astronauts use to commemorate their flights.

This view from NASA's Cassini spacecraft showcases some of the amazingly detailed structure of Saturn's rings.

Hubble Takes Flight with the Toucan and the Cluster

NGC 299 is an open star cluster located within the Small Magellanic Cloud just under 200,000 light-years away.

Spiral galaxy NGC 3274 is a relatively faint galaxy located over 20 million light-years away in the constellation of Leo (The Lion).

A Trio of Plumes in the South Sandwich Islands

Infrared Echoes of a Black Hole Eating a Star

This illustration shows a glowing stream of material from a star, disrupted as it was being devoured by a supermassive black hole. The feeding black hole is surrounded by a ring of dust. This dust was previously illuminated by flares of high-energy radiation from the feeding black hole, and is now shown re-radiating some of that energy.

Hubble Views a Colorful Demise of a Sun-like Star

This star is ending its life by casting off its outer layers of gas, which formed a cocoon around the star's remaining core.

This false-color view from NASA's Cassini spacecraft shows clouds in Saturn's northern hemisphere. The view was made using images taken by Cassini's wide-angle camera on July 20, 2016, using a combination of spectral filters sensitive to infrared light at 750, 727 and 619 nanometers.

Expedition 47 Flight Engineer Tim Peake of ESA took this striking photograph of the moon from his vantage point aboard the International Space Station on March 28, 2016. Peake shared the image on March 30 and wrote to his social media followers, "I was looking for #Antarctica – hard to spot from our orbit. Settled for a moonset instead."