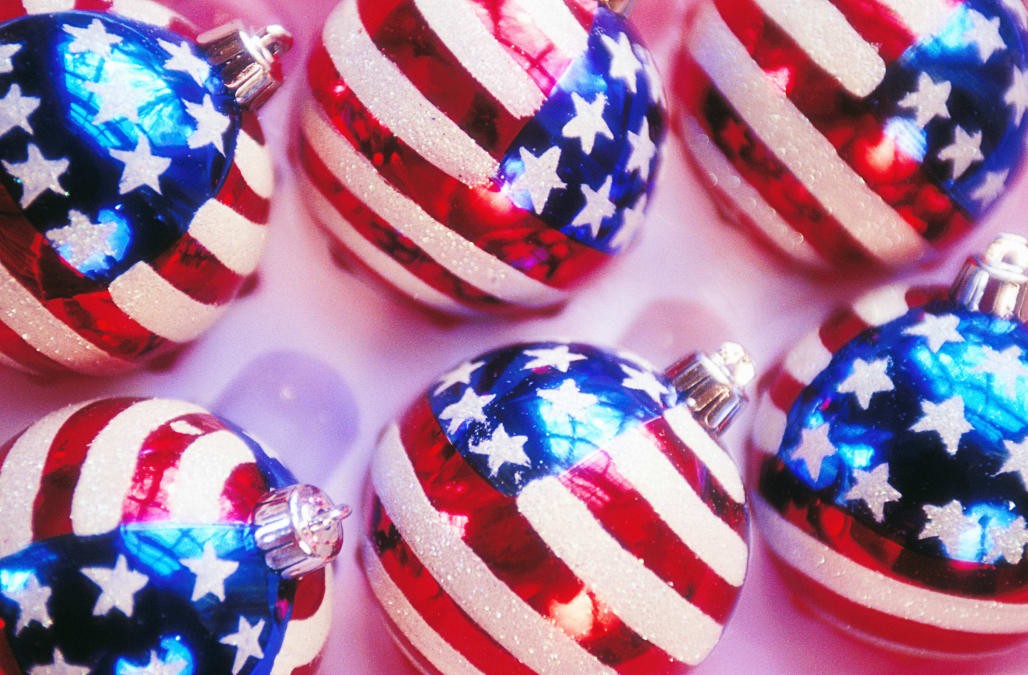 The debate over whether stores and businesses should greet customers with a "Happy Holidays" vs. a "Merry Christmas" slogan has been a hot button issue for some time.

The controversy has now sharply drawn a line between Democrats and Republicans, though, with 66 percent of Democrats saying they prefer the non-religious affiliated "Happy Holidays" greeting according to a PRRI survey.

To the contrary, 67 percent of Republicans believe the greeting of "Merry Christmas" is acceptable and should remain the go-to season's greeting with which stores should greet customers.

Inside the Obamas' final White House Christmas
Up Next

With the gradual decline of Christianity as a highlighted feature of the Christmas season, Democrats are twice as likely as Republicans to believe businesses should stay away from the traditional "Merry Christmas" greeting in fairness to those of varying faith backgrounds.

While political party affiliation is one clear indicator of likelihood to favor "Happy Holidays," the survey also shows a shift in slogan preference among age demographics. Two thirds (67 percent) of young adults age 18-29 say it is better for businesses to use "Happy Holidays," compared to only 38 percent of seniors age 65 and older.

With a new wave of young adults entering the conversation, 67 percent of them (ages 18-29) prefer something generic like "Season's Greetings" where 54 percent of seniors (ages 65 and older) still say "Merry Christmas" is the better option.

While nearly nine in 10 Americans report celebrating the annual Christmas holiday, Republicans and Democrats approach Dec. 25 in different ways -- likely fueling their dissimilar view on the preferred season's greetings. While 60 percent of Republicans say they have "strongly religious celebrations of Christmas," only 32 percent of Democrats can say the same.

As the battle for the appropriate seasons greeting rages on, so does the battle between political parties.

RELATED: US cities that can expect a white Christmas

US cities that can expect a white Christmas
Dan Glisczinski makes his way to an appointment by bicycle following a snowfall in Duluth, Minnesota November 10, 2014. An arctic blast began to dump heavy snow in parts of the northern Rockies, Plains and the Great Lakes regions on Monday and meteorologists said temperatures are expected to plummet throughout the United States. In Minnesota, police said dozens of car crashes marked the season's first snow as drivers struggled with slippery roads.REUTERS/Robert King/Duluth News-Tribune (UNITED STATES - Tags: ENVIRONMENT)
Horses in snow, Sun Mountain Lodge, near Winthrop, Eastern Washington
ASPEN, CO - DECEMBER 20: Atmosphere at The 2013 World Snow Polo Championship on December 20, 2013 in Aspen, Colorado. (Photo by Jason Bahr/Getty Images for The St. Regis Aspen Resort)
Jackson Hole, Wyoming, Ski Lift Line. (Photo by Education Images/UIG via Getty Images)
This is a shot of Mount Rainier from Paradise during a early winter snow covering.
Up Next