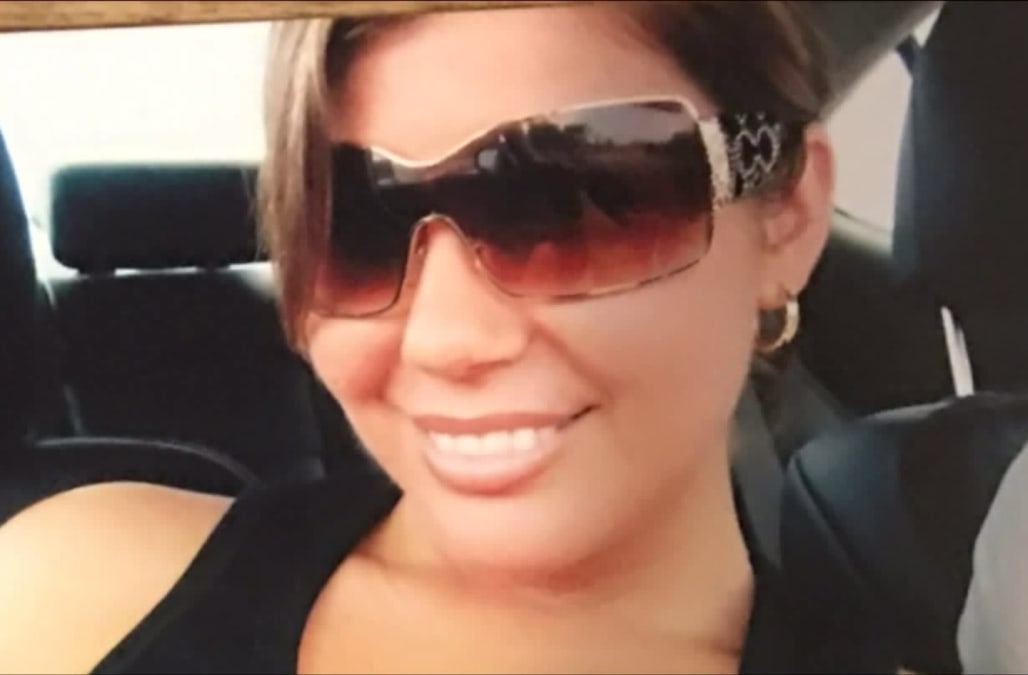 (KTLA) -- A suspect was detained Tuesday after a former bridal reality show contestant disappeared under "suspicious circumstances" following a birthday party near Torrance over the weekend, according to the Los Angeles Police Department.

Jackie Jerome Rogers, a 34-year-old nursing student, was detained in the morning for questioning amid the ongoing search for 36-year-old Lisa Marie Naegle, a nurse and onetime contestant on E! Television's "Bridalplasty," LAPD Officer Tony Im confirmed. Her disappearance is now being treated as a homicide and Rogers is being held on $2 million bail, police said.

See more from this story:

Rogers confessed to burying her body in the yard of his residence on West 106th Street in Lennox after leaving the Torrance celebration, investigators said. Around 6:30 p.m., authorities said they had found the remains of a female in a shallow grave at the home.

"The information he has provided has led them to believe that Lisa has been murdered and that her body is at Rogers' residence in Lennox," LAPD Detective Meghan Aguilar said.

Rogers had been studying under Naegle, who taught nursing classes part-time as West Los Angeles College in Culver City. Investigators said they suspect the two had been having an affair, but were unable to confirm a motive or when Naegle was killed, noting that a search warrant has not yet been obtained for Rogers' home.

Naegle hasn't been seen or heard from since she called her husband around 2:30 a.m. Sunday following a birthday party at the Alpine Village restaurant in an unincorporated area near Torrance.

She told her husband, Derek Harryman, that she was going to stop for food before heading back to her San Pedro home.

"I even said to her, 'You sound like you've been drinking a lot, are you OK? And she said, like, 'I'm going to get food, and then I'll be home," Harryman told KTLA.

Naegle never returned to the home and failed to show up Sunday morning to teach at West L.A. College.

"There's video footage that was just discovered from Alpine Village within the last hour showing my wife getting into a black SUV," Harryman said in an interview Monday night.

The missing woman's family told KTLA they called police on Monday after speaking to Rogers, who said he attended the party but then changed his story.

"When I started questioning him and the house, he just seemed really antsy, kind of nervous," the victim's sister Michelle Naegle said.

Naegle appeared in 2010 on "Bridalplasty," a reality show that documented a group of women who competed for a dream wedding and plastic surgery.

High-profile kidnapping cases through the years

Elizabeth Smart was kidnapped from her bedroom in Salt Lake City, Utah in 2002 when she was 14. She was found nine months later after she was recognized while out in public with her captors. Brian David Mitchell was convicted of kidnapping and raping Smart and was sentenced to life in prison in 2011. Mitchell's estranged wife, Wanda Barzee, admitted to her role in the kidnapping and was sentenced to 15 years in prison.

Phillip and Nancy Garrido abducted Jaycee Lee Dugard in 1991 near Lake Tahoe when she was 11 and held her captive for 18 years. Dugard was forced to live in tents and sheds behind Garrido's home in California. She was found in 2009 after Garrido brought her to his parole meeting and investigators became suspicious. Phillip Garrido reportedly raped her for years and fathered two children with her. Phillip was sentenced to 431 years to life in prison and his wife was sentenced to 36 years to life.

Charles Lindbergh Jr., the son of the American aviator, was kidnapped from his home in March 1932. A ladder was used to climb up to the baby's bedroom and a ransom note was left behind. The infant's body was later discovered near the Lindbergh's mansion in New Jersey. Bruno Richard Hauptmann was convicted of murder and was later executed by electric chair.

3-year-old Caylee Anthony was last seen alive on June 16, 2008. She wasn't reported missing until a month later when her mother, Casey Anthony, told investigators that a babysitter kidnapped her. The young girl's remains were found in a wooded-area in December 2008. Casey Anthony stood trial for her daughter's murder but was acquitted.

Natascha Kampusch vanished when she was 10-years-old in 1998 while walking to school. The woman broke free on August 23, 2006, after living for eight years in a small basement area under a garage next to the suspected kidnappers house in Strasshof, 15 miles outside of the capital Vienna. The suspect, Wolfgang Priklopil committed suicide after Kampusch managed to escape.

Carlina White, seen here as a baby and adult, was kidnapped from Harlem Hospital in 1987. As she grew up she began to question if the woman who was raising her was actually her mother. After doing some research she discovered a picture of herself when she was an infant on the National Center for Missing and Exploited Children website and was eventually reunited with her family 23 years later. The woman who abducted her, Ann Pettway, was sentenced to 12 years in prison.

8-year-old Relisha Rudd disappeared on March 1, 2014. She was last seen spending time with the janitor of the homeless shelter where she stayed with her mother. That man, Kahlil Tatum later killed himself but Relisha has never been found.