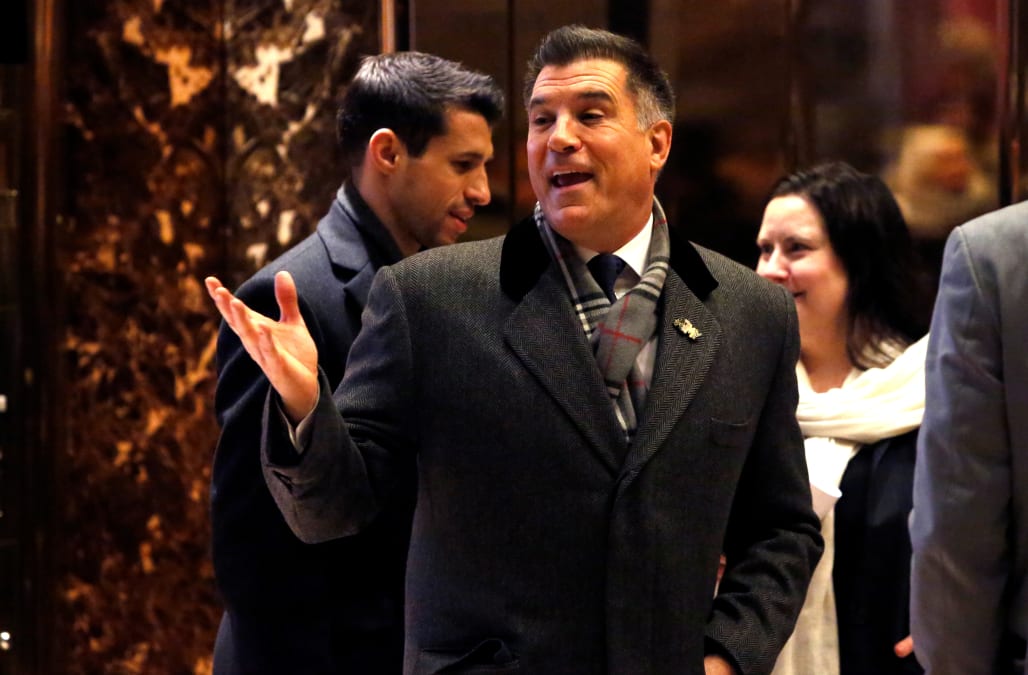 Viola is a West Point graduate and U.S. Army veteran who has founded companies, including the high-frequency trading firm Virtu Financial. He is a former chairman of the New York Mercantile Exchange, where he began his financial services career, and is a leader in electronic trading, according to his company biography.

"Whether it is his distinguished military service or highly impressive track record in the world of business, Vinnie has proved throughout his life that he knows how to be a leader and deliver major results in the face of any challenge," Trump was quoted as saying in a statement from his transition team.

Born to Italian immigrant parents in Brooklyn, Viola was the first in his family to attend college. He trained as an Airborne Ranger infantry officer and served in the 101st Airborne Division, the transition team statement said.

"If confirmed, I will work tirelessly to provide our president with the land force he will need to accomplish any mission in support of his National Defense Strategy," Viola said in the statement. "A primary focus of my leadership will be ensuring that America's soldiers have the ways and means to fight and win across the full spectrum of conflict." (Reporting by Doina Chiacu; Editing by W Simon and Bill Trott)