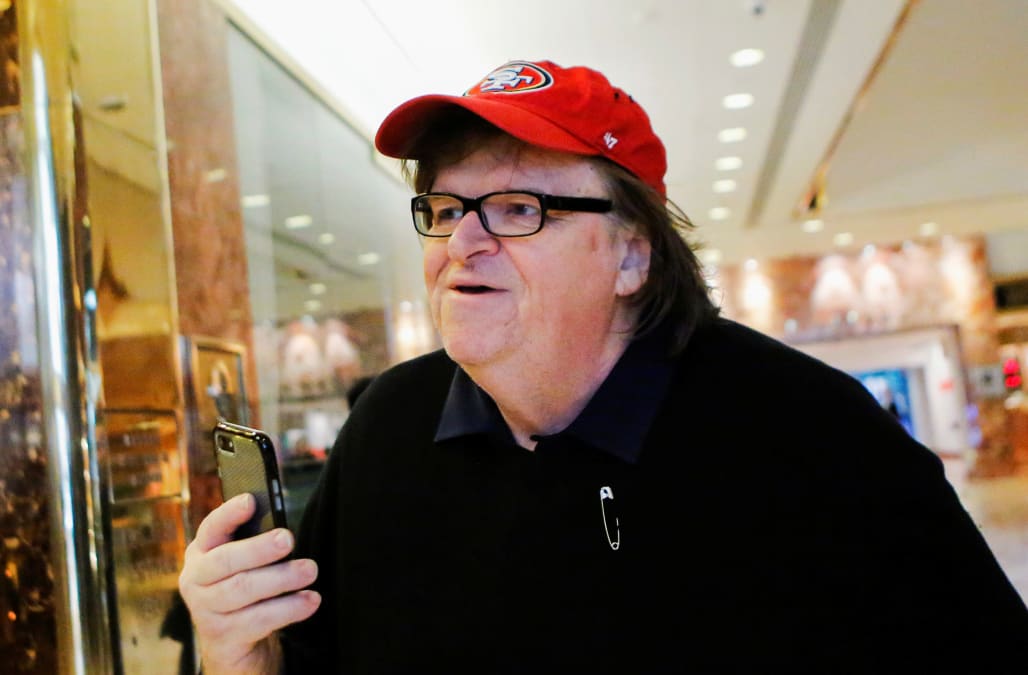 On Sunday, Michael Moore made Republican electors an offer, saying he will pay any fines incurred for voting against their state's results.

He says on Facebook, "I am writing you not as a card-carrying Democrat (I'm not) who voted for Hillary (I did), but simply because I am an American who, like you, deeply loves this country and its people."

Moore continues, "Tomorrow is the day you are supposed to gather with your fellow electors and choose the next President of the United States. I am not going to ask you to vote for the person who got the most votes...I'm simply asking you to vote your conscience and PLEASE do not put our nation in danger by choosing Donald J. Trump."

In making his case against the president-elect, the filmmaker lists a number of causes for concern.

They include, "Russia hacked into our election in order to help Trump," the president-elect, "has refused to attend nearly all the daily national security briefings," and, "I think you know something is wrong with this man. He just doesn't seem 'right.' One crazy comment or action after another. He may not be well. Don't you have a responsibility to protect us..."

To the electors concerned about repercussions, Moore writes, "...some states have made it 'illegal' for you to vote any other way than for Trump. If you don't vote for him, your state will fine you $1,000. So here's my offer to you: I obviously can't and won't give you money to vote tomorrow, but if you do vote your conscience and you are punished for it, I will personally step up pay your fine which is my legal right to do."

Electors are scheduled to cast the official votes for president on Monday, notes ABC News.