An inside look at the grueling guide dog training process 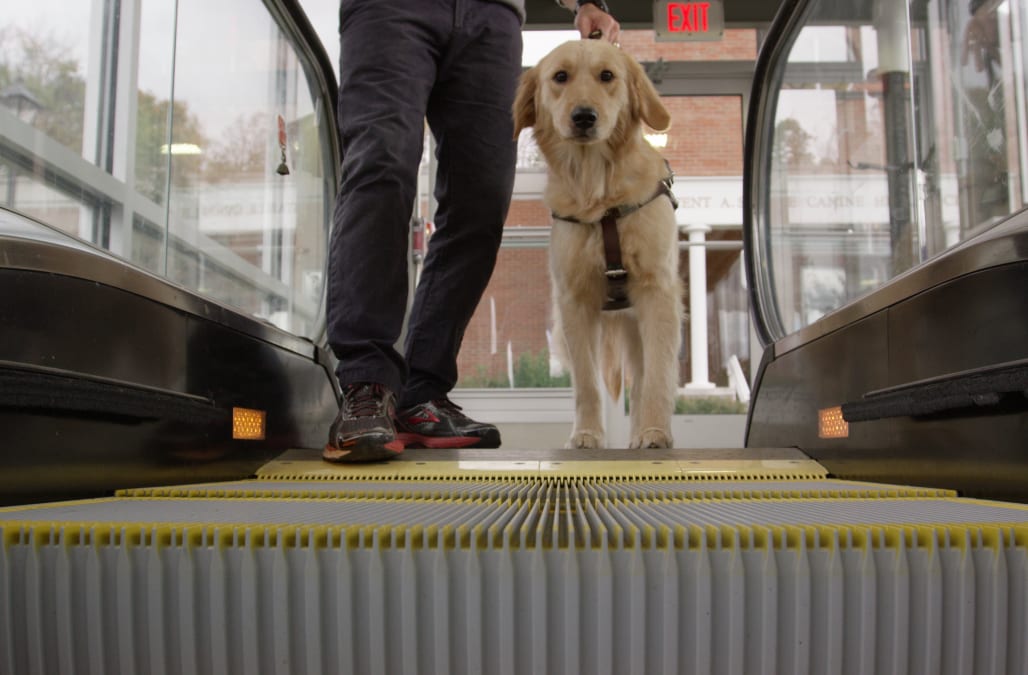 If you think guide dogs that lead their visually impaired owners around with ease and grace are amazing, you are totally right.

It is really, really hard to be one of those pups.

The Seeing Eye School, which is the oldest guide dog program in America, has trained the best and brightest dogs since 1931.

A blind New Yorker named Morris Frank founded the school in 1931 when he was inspired by an article he read.

The article, which Dorothy Harrison Eustis wrote for the he Saturday Evening Post, detailed a program she had observed in Germany in which dogs were trained to guide World War I veterans who had been blinded by mustard gas, according to Free Enterprise.

The program, as you might assume, has changed a bunch over the years.

Originally, only about a dozen dogs per year came out of the program. Now, 500 foster families help train between 28 to 38 per month.

Peggy Gibbon, who is now the group's director of canine development, said new technology has presented serious challenges for the school recently.

"The environment has become busier in that time, more cars [on the road], and even quieter cars with hybrid and electric," Gibbon told Free Enterprise.

"Those make it tough for a blind person because they're really hard to hear. We have to keep pace with those changes."

The Seeing Eye stands out from other guide dog training institutions because it allows visually impaired people who graduate with the dogs to keep them as a pet.

"We feel that is very important from a self-respect and independence issue," Gibbon said.

Only the friendliest, most intelligent dogs graduate from the elite organization. They have to be patient and helpful.

Human applicants have to spend a full month training to work with the guide dogs. Gibbon says her team spends tons of time getting to know each visually impaired person, and digs into the details of their everyday lives to make sure they get them the right dog.

Unfortunately, that means a bunch of dogs fail. On the bright side, those that do can be adopted and work for organizations like the TSA or police.