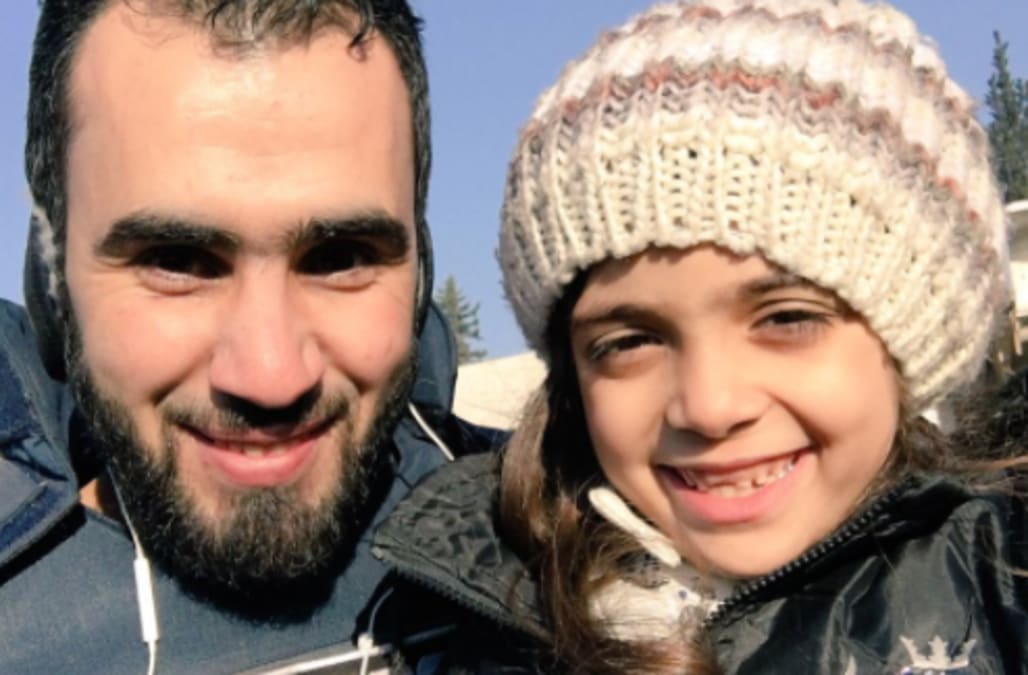 Bana Alabed, the 7-year-old girl whose Twitter account documented her experience of living in besieged Aleppo, has arrived safely outside the city.

Photos from a number of journalists and activists showed Bana after the evacuation, which is still taking place on buses or Red Cross ambulances despite multiple delays.

The image below shows Bana with Hadi Al-Abdallah, a media activist who has regularly reported from Aleppo:

Tweeting in English with the help of her mother Fatemah, Bana offered a new, damning perspective on the daily life of those living in Syria's second city.

The account — @alabedbana — has amassed more than 100,000 followers since it was started in September.

Thousands of people are still waiting to leave east Aleppo amid terrible conditions.

According to a cease fire brokered by Turkey and Russia, more than 2,000 sick and wounded are supposed leave two Shiite villages which have long been besieged by rebels, in exchange for the remaining rebels and civilians to leave what's left of the rebel enclave in Aleppo.

More from Mashable:
The Eiffel Tower will go dark in solidarity with Aleppo
Aleppo activists post heartbreaking goodbye messages on Twitter
We're all living in 'Rogue One' now