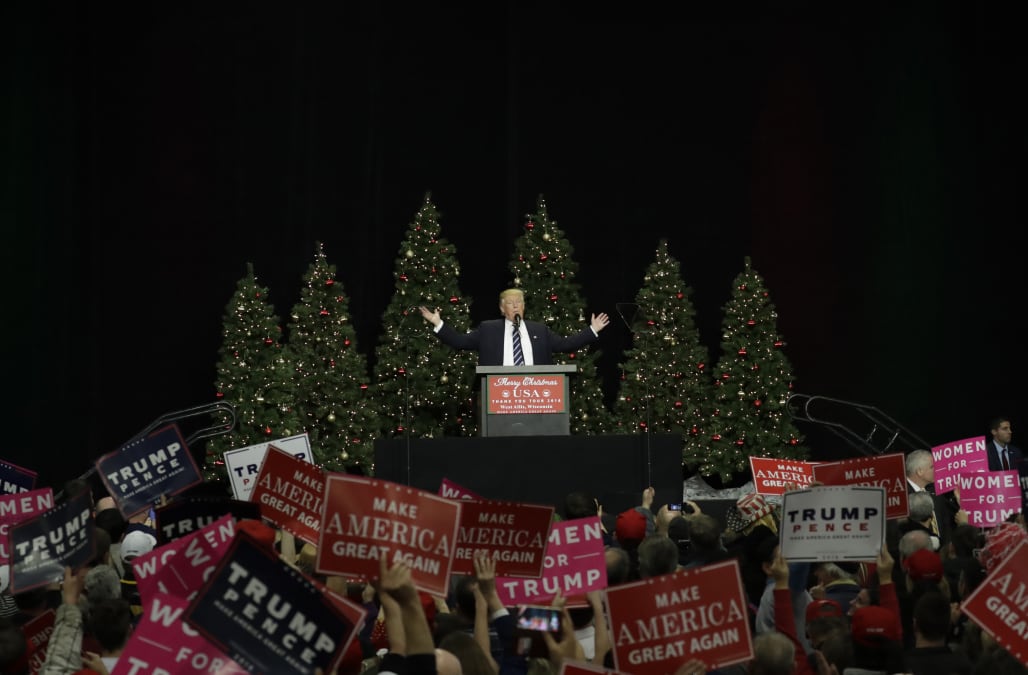 Early Friday morning, President-elect Donald Trump again attacked emerging reports claiming Russia was behind a cyber attack aimed at swinging the 2016 presidential election in the billionaire businessman's favor. As Trump continues to deny these findings, the cybersecurity community remains confident that Trump's claims are not based on the evidence being presented.

According to officials, the CIA has concluded that not only did Russia intervene in the 2016 election, but evidence also suggests an intention to help Trump win the presidency over his Democratic opponent, Hillary Clinton.

Trump tweeted at 3:00 am early Friday, "Are we talking about the same cyberattack where it was revealed that head of the DNC illegally gave Hillary the questions to the debate?"

Friday's tweet continues Trump's pattern of using his social media pulpit to disparage critical reporting relating to his upcoming administration or the 2016 election in general. Lately, however, Trump's Twitter output has been laser focused on attacking a growing sentiment suggesting Russia purposefully used malicious cyber methods to impact the election.

"This malware has been used by groups ... ones we have publicly stated have ties to Russia."

Trump has maintained that he doesn't see any evidence linking Russia to the attacks. On December 12, the president-elect compared the reports of Russia's involvement to a conspiracy theory, saying, "Can you imagine if the election results were the opposite and WE tried to play the Russia/CIA card. It would be called conspiracy theory!"

Cybersecurity expert Marshall Heilman told AOL.com that Trump is wrong to call these reports a "conspiracy theory," as according to Heilman the evidence currently points to Russia being behind the attack.

"We do believe that the malware we were provided is definitely used by groups operating out of Russia," said Heilman, who is a VP of Mandiant Consulting for cybersecurity firm FireEye. "We were able to look at that malware and say, yes, this malware has been used by groups ... the ones we have publicly stated have ties to Russia."

RELATED: CLINTON: Putin's 'personal beef' against me inspired the Russians to 'undermine our democracy'

Trump also recently called into question the validity of the process used to identify hackers and their targets, stating that unless a hacker is caught "in the act" it's unlikely to determine who's doing the hacking. Heilman also takes issue with Trump's analysis, saying "it's a little be more nuanced then that."

Heilman explained it's the job of experts and companies like FireEye to cultivate "an abundance of evidence" in order to track and pinpoint where a hack was generated from. And while there is some truth that it's difficult to be 100% certain unless a hacker is caught in the act, the evidence collected can produce a convincing and definitive case.

"It is difficult to know exactly who was behind it, but companies like ours and the intelligence community is very good at coming up with an abundance of evidence that enables you to make the determination of who was most likely."