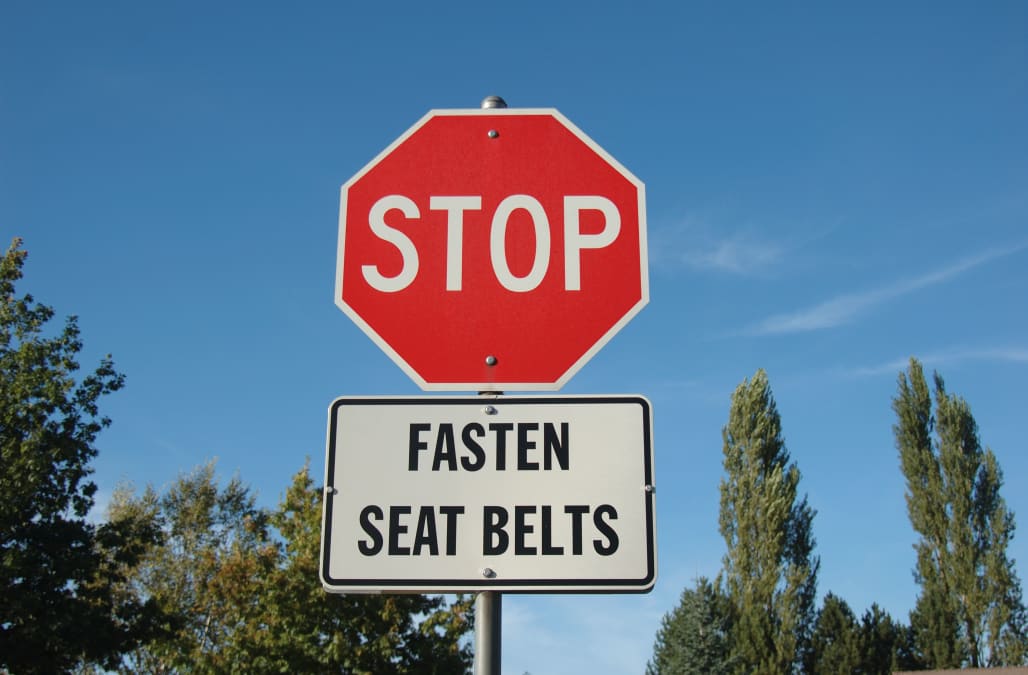 "When seat belts were first designed four decades ago, safety dummies tested in car crash simulations resembled the average-size male driver of 40 years old and weighing approximately 170 pounds," said John Bolte, an associate professor of health and rehabilitation sciences and director of Ohio State University's Injury Biomechanics Research Center. This standard seat belt design can be less effective for older drivers, Bolte said, and cause fatal harm due to injuries sustained along the path of the belt.

"If someone doesn't adjust the height of their shoulder belt, and if that belt is up around the neck, you will have severe neck injuries," Bolte explained. "If it's under your arm, it will lead to rib fractures."

To reduce injury in drivers 65 and older, Bolte and colleagues at Ohio State's Wexner Medical Center are collaborating with automakers to measure properties of the thorax and upper body in older drivers to better predict how crash-related impact affects them.

"Like most things, injuries can be more disabling in older drivers," said Richard Marottoli, a professor of medicine and medical director of the Dorothy Adler Geriatric Assessment Center at Yale-New Haven Hospital. Pain from the injury "can affect respiration, and if you have any underlying lung problems, it can make those worse as well."

Marottoli, who is not associated with the research project, said seat belt-related injury is a significant issue among older drivers.

According to the National Highway Traffic Safety Administration, close to 600 older adults are injured each day in car crashes. Common injuries, including cracked ribs and broken pelvises, can be life-threatening.

More than 36 million drivers in the U.S. are now ages 65 and older, according to the Centers for Disease Control. By 2030, the AAA predicts that number will surpass 60 million.

"In a decade or two, the needs of the aging driving population are going to effect changes required in infrastructure, in vehicles, and in laws to manage driver licensing," said Jake Nelson, the AAA's director of traffic safety advocacy and research. "The needs of this driving population will dictate automotive safety technology."

Nelson says automakers are developing inflatable seat belts that will assist older adults by spreading the force of a crash over a larger surface area. The hope is that thoracic injuries will prove less severe and less likely.

"People need to wear their seat belts," Bolte said. "There could be smarter belts, and they could reduce the injuries we are left with."

In the next decade, he said, new technology may include a personalized car key fob to activate a customized safety system within each vehicle. The key fob could adjust a seat belt based on a driver's individual physiology.

Until such technology exists, he advises drivers of all ages to continue to wear a seat belt. The National Highway Traffic Safety Administration maintains that seat belts saved 14,000 lives in 2015.

"Seat belts work," Bolte said. "But some people still get hurt, and we can stop that from happening."