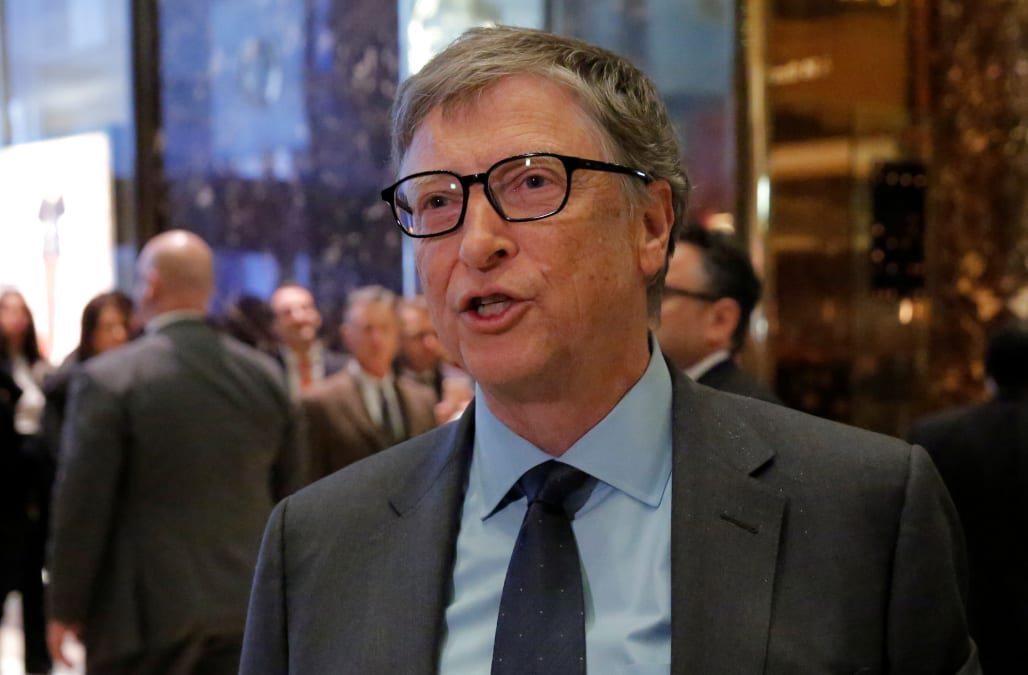 Bill Gates has suggested that Donald Trump could spur innovation in the U.S. much like John F. Kennedy did in the 1960s.

During a Tuesday appearance on CNBC's 'Squawk Box,' the Microsoft co-founder was asked about a recent phone call with the president-elect.

Gates responded by saying, "I had an opportunity to talk to him about innovation. You know, a lot of his message has been about...where he sees things not as good as he'd like."

RELATED: Bill Gates through the years

He then said, "But in the same way President Kennedy talked about the space mission and got the country behind that, I think whether it's education or stopping epidemics...[or] in this energy space, there can be a very upbeat message that [Trump's] administration [is] going to organize things, get rid of regulatory barriers, and have American leadership through innovation."

Gates further noted, "Of course, my whole career has been along those lines. And he was interested in listening to that. And I'm sure there will be further conversation."

According to Bloomberg, the approximately eight-minute call is believed to have occurred about two weeks ago and involved Gates sharing his thoughts on transforming energy, education, and medicine.

During the presidential race, the tech entrepreneur reportedly refrained from openly endorsing Trump or Hillary Clinton but, instead, expressed an openness to working with either candidate's administration.