This simulated recording of a monkey saying 'will you marry me?' is insanely creepy 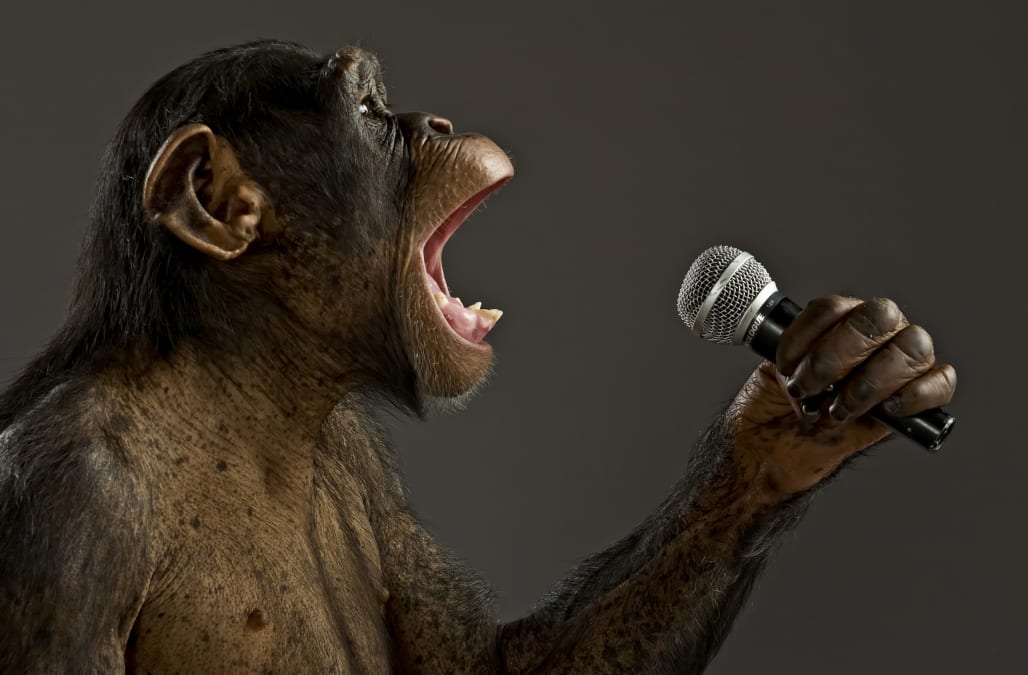 We know monkeys can't talk but what's the difference between humans and monkeys which makes them unable to talk?

Remarkable findings from new research suggests, "Monkeys known as macaques possess the vocal anatomy to produce 'clearly intelligible' human speech but lack the brain circuitry to do so," according to a press release by Princeton University.

The release further notes, "The findings — which could apply to other African and Asian primates known as Old World monkeys — suggest that human speech stems mainly from the unique evolution and construction of our brains, and is not linked to vocalization-related anatomical differences between humans and primates."

For their study, authors Asif Ghazanfar and Tecumseh Fitch "...used X-ray videos to capture and then trace the movements of the different parts of a macaque's vocal anatomy — such as the tongue, lips and larynx — during a number of orofacial behaviors. These data were converted by co-author Bart de Boer of the VUB Artificial Intelligence Laboratory in Belgium into a computer model that could predict and simulate a macaque's vocal range based on the physical attributes recorded by X-ray."

Researchers say this study will help provide further insight into where human speech comes from because as Ghazanfar says, it begs the question – "what is it in the human brain that makes it special?"

More from AOL.com:
An app's 5-minute test could predict Alzheimer's risk
Ancient pet cemetery discovered in Egypt
Reasons why your pet shouldn't be at your holiday party