Refugees bring a taste of Syria to German Christmas market

By Michelle Martin and Ameenah Sawwan 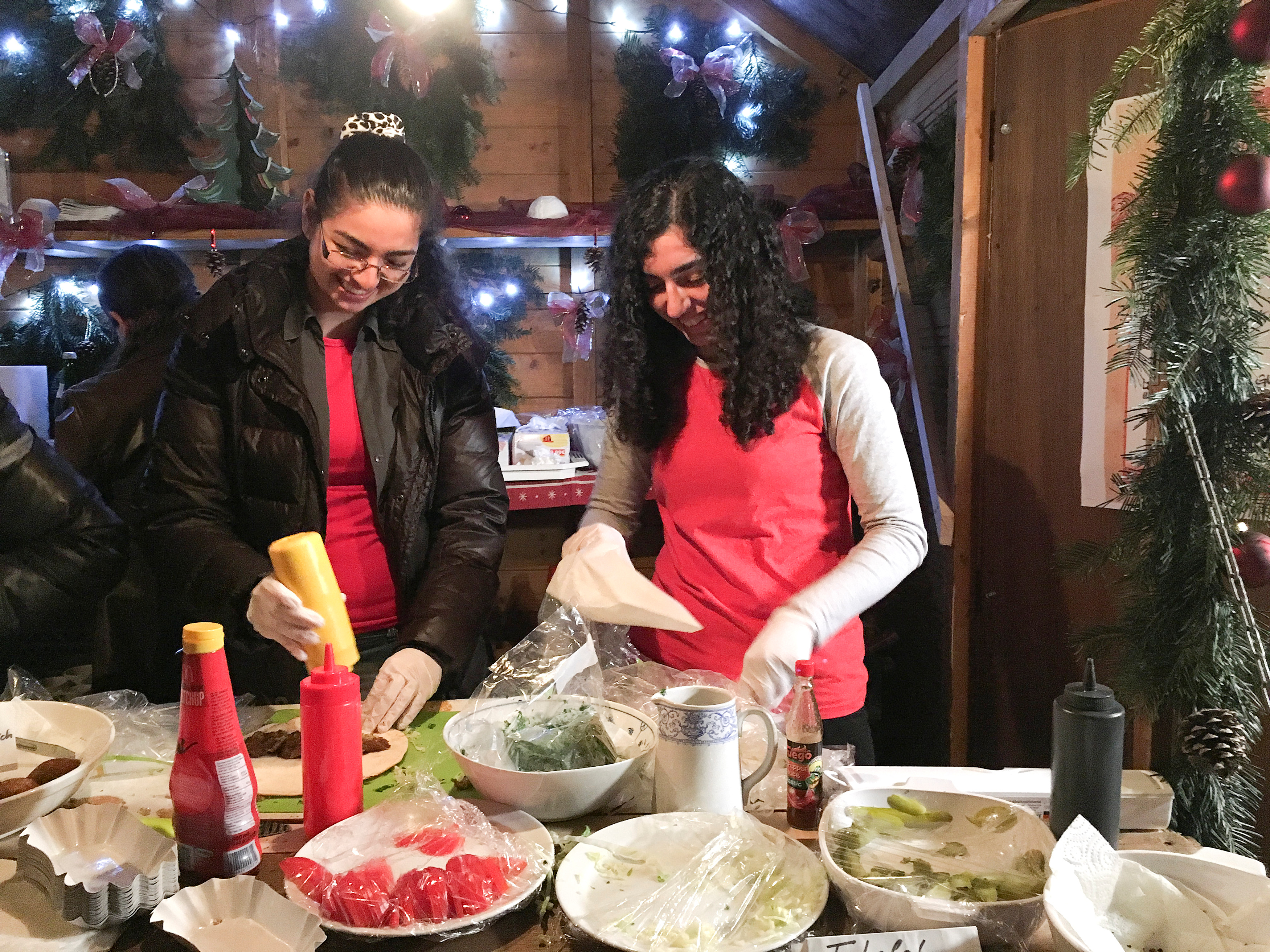 SCHILLINGSFUERST, Germany (Reuters) - Alongside the traditional gluehwein and sausages on offer at a Christmas market in small-town Bavaria, visitors could also try more exotic fare: falafel and kibbeh served by a family of refugees from the Syrian war.

As hostility towards immigrants has increased since a record 890,000 arrived in Germany in 2015, the participation of the Ballish family in a distinctly German tradition was welcomed by many at the market in Schillingsfuerst as a sign of integration.

SEE ALSO: Pictures of splendors past: Aleppo before the war

"I feel comfortable here but of course not like at home," said 20-year-old Mayar Ballish who served falafel sandwiches from a wooden hut decorated with festive fir tree garlands, red bows and white fairy lights.

"The people here are so nice and so kind, yes, the language is always difficult," she said in German.

In the baroque castle behind the market, Mayar's sister, Nawar, 21, and their father, Moneer, held an exhibition of their own paintings and drawings depicting scenes of suffering in Syria.

"I'd like people to understand the feelings we Syrians have, whether we're living in Syria now or elsewhere, and what we're going through," said 53-year-old Moneer.

They plan to use the proceeds from the 15 paintings they sold to help provide treatment for Syrian children injured in the war.

Ruth Brinkmann-Seitz, a visitor to the exhibition, said the paintings had moved her to tears.

"I'm delighted that this kind of integration is happening - just like that, without any big fuss and really great," she said.

The younger Ballish children - 10-year-old Shams and 9-year-old Sama - beamed as they sung German Christmas songs while wearing red Santa hats with their schoolmates on stage at the market.

Their mother, Shahnaz, who cooked falafel and kibbeh - a Middle Eastern speciality made of ground meat, onions and bulgur wheat - said she was proud the family had shown locals refugees could be productive.

Related: How children cope with living in a war zone: