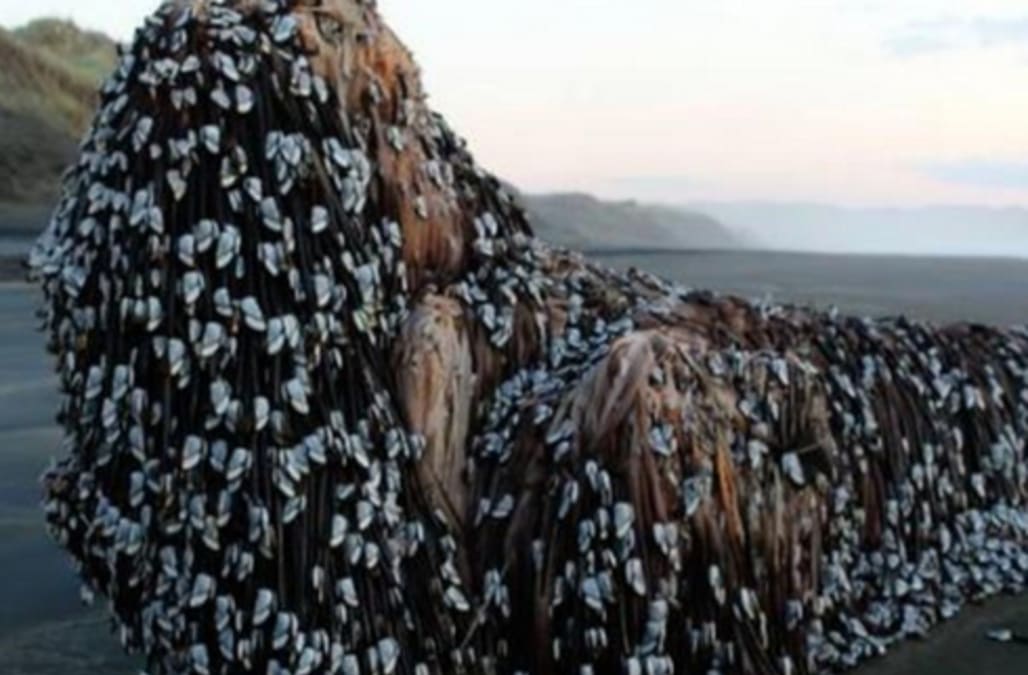 There has been some speculation about the identity of a mysterious object that appears to have washed ashore in New Zealand.

On December 9, Melissa Doubleday posted images to a local community Facebook page showing a large brown mass covered with what appear to be numerous white-shelled organisms attached to it.

She asked the group, "Just curious to know if anyone knows what this is??! Washed up on Muriwai Beach."

Some joked that the object, dubbed the Muriwai Monster, could be a whale carcass or even an alien pod time capsule, but experts have since indicated that it is likely "driftwood covered in gooseneck barnacles."