Michelle Obama's most popular quotes on parenting in the White House 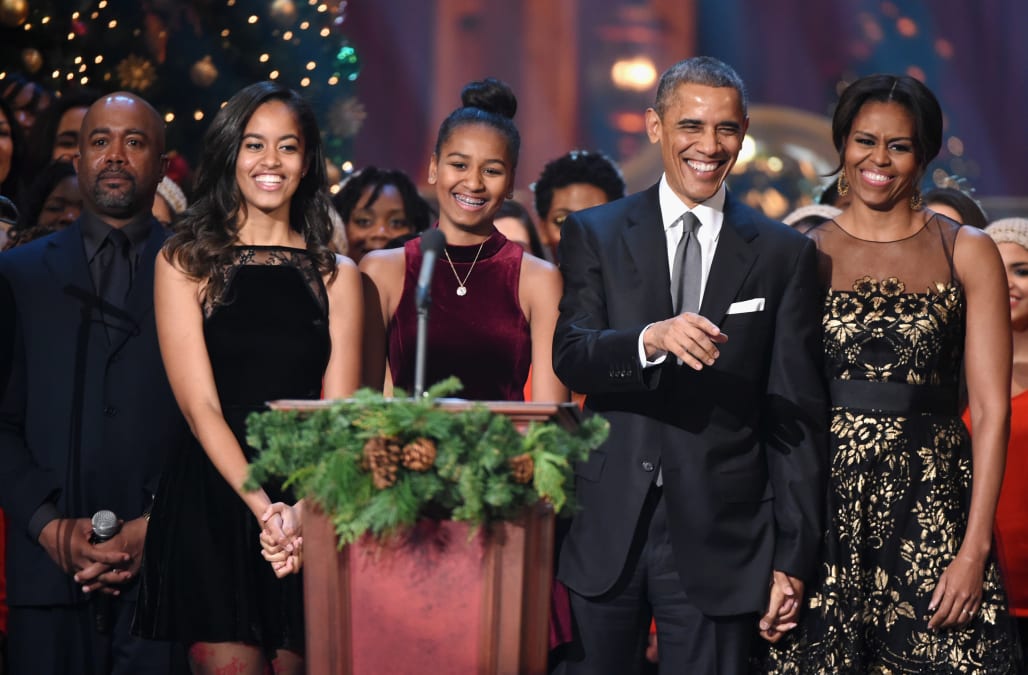 Think parenting is hard? Imagine having to do it while living in the White House.

Over the past 8 years, through various interviews and speeches, self-proclaimed 'Mom-in-chief' Michelle Obama has given us insight as to what it has been like raising daughters Sasha and Malia with President Obama.

Related: Malia and Sasha Obama through the years

She says the worry started right away, "I mean, it still moves me to tears to think about the first day I put them in the car with their Secret Service agents to go to their first day of school. And I saw them leaving and I thought, what on Earth am I doing to these babies? So I knew right then and there my first job was to make sure they were going to be whole and normal and cared for in the midst of all this craziness."

She also knew early on that she needed to make sure having a staff wouldn't affect the girls' sense of normalcy, telling ABC news, "The first thing I said to some of the staff when I did my visit...I said, you know, we're going to have to set up some boundaries because they're going to need to be able to make their beds and clean up."

But it hasn't all been worry. The First Lady has also spoken about how proud she is of her daughters, saying in her 2016 DNC speech, "I wake up every morning in a house that was built by slaves — and I watch my daughters — two beautiful, intelligent, black young women — playing with their dogs on the White House lawn."

Related: A look inside the Obama's future home

And she's also said how just because their father is the president, it doesn't mean the girls get out of having minimum wage jobs. She told Parade magazine, "I think every kid needs to get a taste of what it's like to do . . . real hard work."

Move over Dr. Spock -- Michelle Obama is starting to sound like the ultimate parent.