Alligator seems to go for a little ride on a manatee 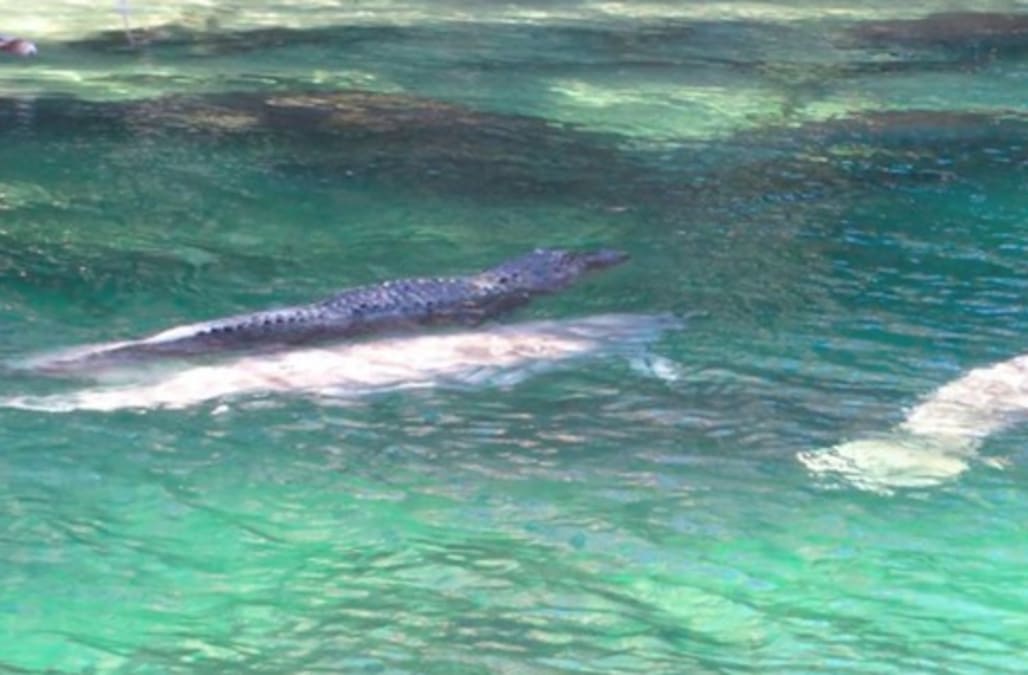 Alligators and manatees: a match made in animal friendship heaven?

A Facebook photo featuring an alligator seemingly swimming atop a manatee has gone viral. The photo was recently submitted to Florida's Fish and Wildlife's photo contest.

Nothing captures the internet's attention like the image of a deadly animal joining forces with the sweetest of sea creatures. Sadly, a manatee expert from the Florida Fish and Wildlife Commission believes the meeting was pure coincidence.

"I would guess that these manatees were hanging out near warm water or heading to warm water and the alligator was looking for a sunny spot to hang out along the shoreline and they simply crossed paths," Ron Menzich, a spokesperson for the Commission, said in a statement.

The Commission further said that alligators are no threat to manatees larger than a calf.

Well, this encounter sounds like it was an accident, but one can always dream.