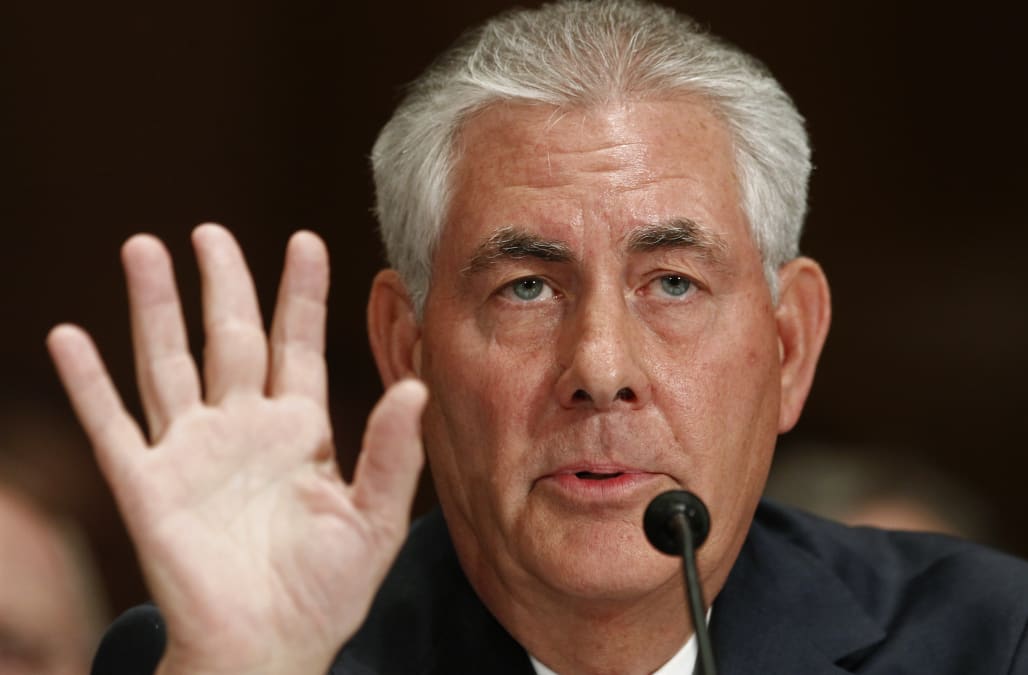 Rex Tillerson might be Donald Trump's expected pick for Secretary of State, but that doesn't mean he isn't going to be blocked by the senate

The ExxonMobil CEO is rumored to be Trump's pick for the position, but his close ties to Vladimir Putin have some people worried.

Because Republicans hold a slim lead in the incoming senate, only GOP senators have to say no to Tillerson for his nomination to be crushed.

So far Senators Marco Rubio, Lindsey Graham, and John McCain have all voiced concerns over the pick.

"Being a 'friend of Vladimir' is not an attribute I am hoping for from a #SecretaryOfState," Rubio tweeted on Sunday, voicing his concerns.

John McCain shared his reservations "Face the Nation" on Sunday.

"It's a matter of concern to me that he has such a close relationship with Vladimir Putin, that that would color his approach to Vladimir Putin and the Russian threat," he said.

RELATED: See the people Trump has officially picked to join his cabinet

"I don't know the man much at all, but let's put it this way: If you received an award from the Kremlin, 'the order of friendship,' then we're gonna have to do some talkin. We'll have some questions. I don't want to prejudge the guy, but that's a bit unnerving," Lindsey Graham said, according to the Washington Post,

Tillerson was previously given an order of friendship award from the Kremlin thanks to a successful oil deal.

While Donald Trump has yet to formally announce the choice, the President-elect did address the rumors on Twitter, writing, "Whether I choose him or not for "State"- Rex Tillerson, the Chairman and CEO of ExxonMobile, is a world class player and dealmaker. Stay tuned!"

What do the members of the Cabinet do? Learn more