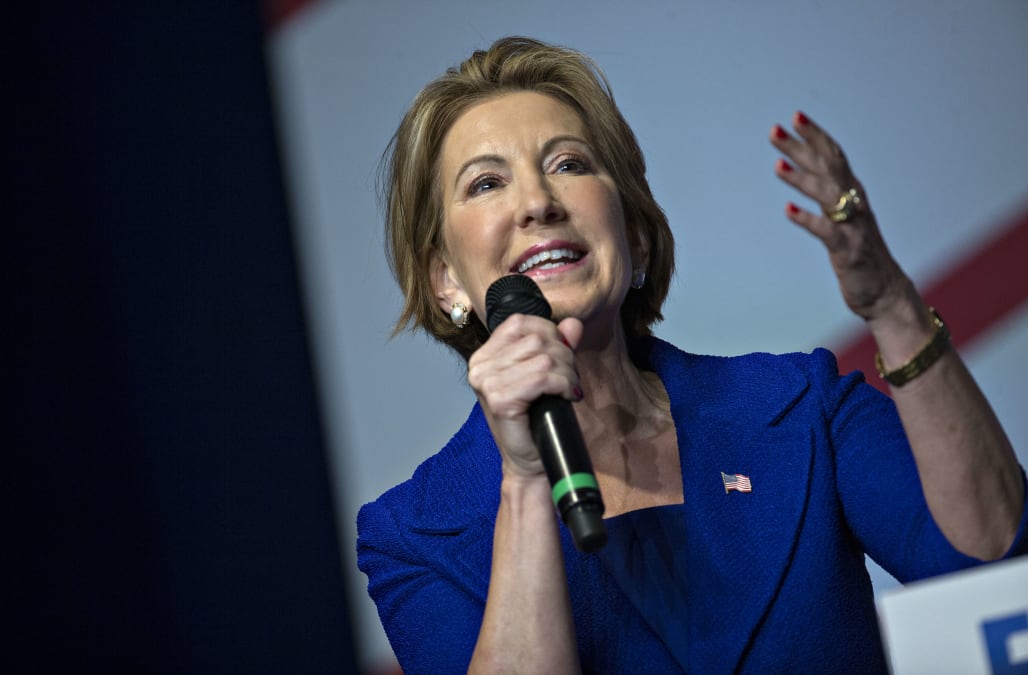 Fiorina, once a rival for the White House Republican nomination who clashed with Trump during primary debates, visited Trump Tower, his transition team said on a conference call.

See photos of Fiorina from her presidential campaign:

More from AOL.com:
Ivanka Trump meets with Al Gore at Trump Tower to discuss climate change
The campaign promise Congress won't let Trump keep
This is what it's like to apply for a job in a Trump White House