If space didn't kill them, astronauts still had to train for survival in deserts and jungles 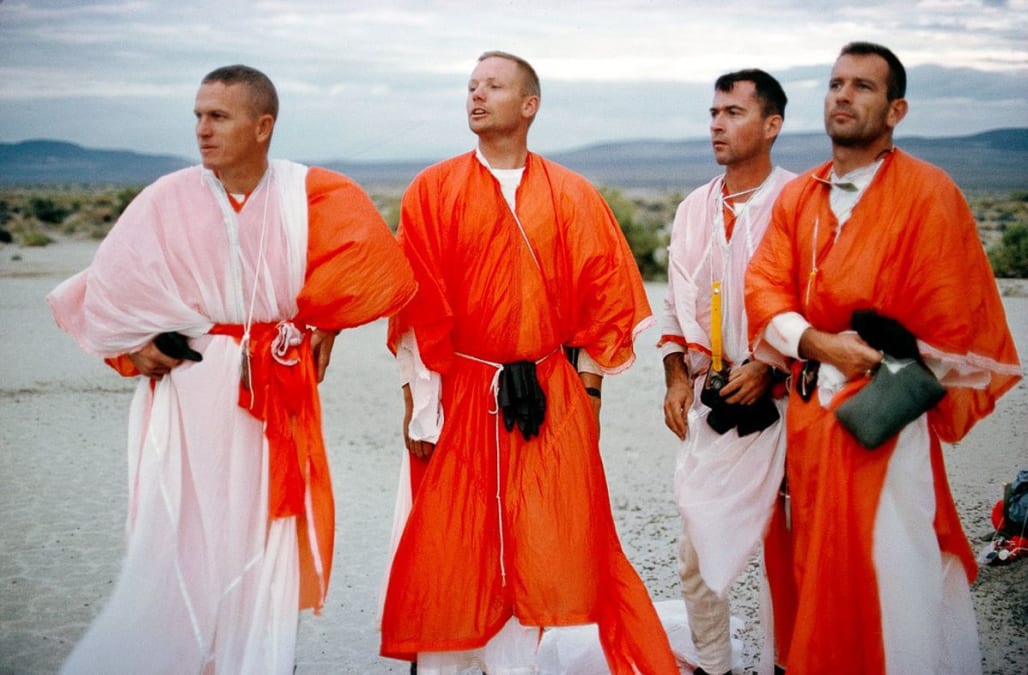 NASA scientists faced innumerable challenges in their efforts to prepare the first astronauts for the rigors and dangers of spaceflight. Along with endless varieties of technical training, astronauts also had to learn to survive in the wilderness should their reentry craft land off target.

Beginning with the original "Mercury Seven" in 1960, astronauts were brought to Stead Air Force Base in Nevada to practice desert survival techniques, crafting improvised shelters and clothing out of parachutes.

Astronauts listen to a lecture on jungle survival.

Astronauts were also trained to build shelters, find food and water and identify venomous snakes in the jungles of Panama.