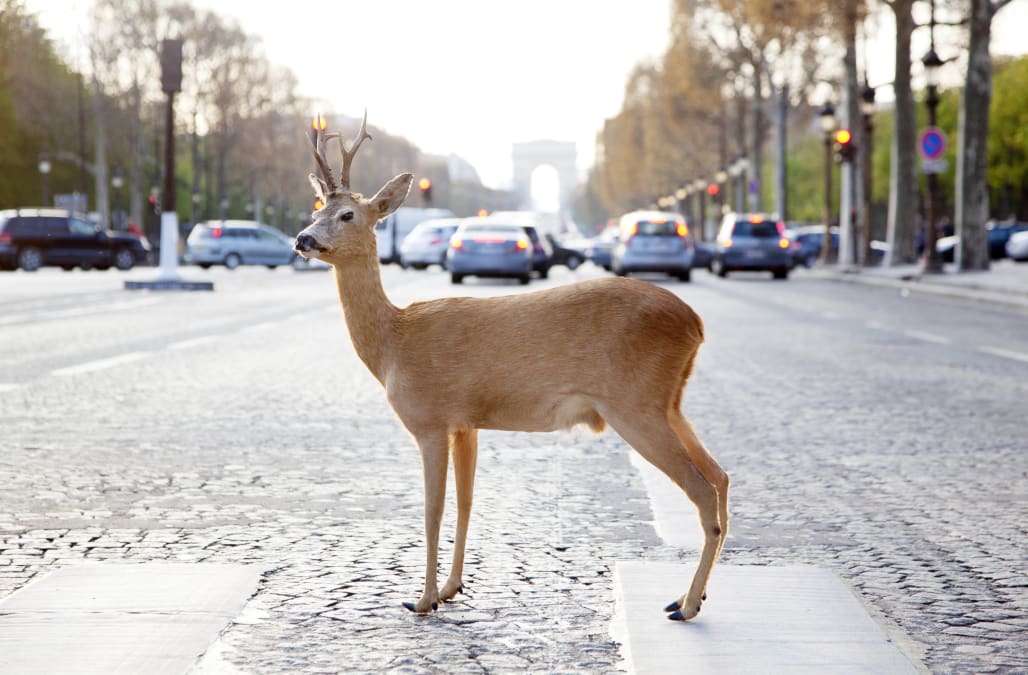 New York City resident Marissa Duque captured footage of a deer taking a walk in the middle of a park in New York.

"Most people have reacted as I have, amazed to see a deer smack dab in the middle of Harlem", 28-year-old Duque told Reuters.

Reaction to Deer in NYC park
Rocking one antler like, What's really hood? #harlem #deer
The infamous Reindeer of Sugar Hill broke out from the North Pole to start his own operation. 😆 #NoSnitching #ReindeerOfSugarHill #gangster #harlem #funnyvideos #wildlife #deer #animals #newyork #shotoniphone
#deer at Jackie Robinson park
Me: "no one's ever seen a deer before?" Lady: "not in Harlem baby!" #OnlyInHarlem #HarlemNYC
I live on 145th & Bradhurst in #HARLEM. There is a DEER in Jackie Robinson Park. This is 1 of THREE. The other 2 went about their business. Does this count as gentrification?
#deer chillin in da hood #Harlem #rudolf #gentrification https://t.co/lHuCF2DtU1
So there was a deer in the park in Harlem yesterday. How'd it get here? This is an island. It literally had to cross a bridge to get here
Harlem's new resident and neighbors are welcoming him in. https://t.co/ERrjIek2UC
There's a deer in Harlem 🎅🏽👵🏽. | #callingSanta #deer #Harlem #JackieRobinsonPark #nyc #edgecombeave #145th https://t.co/HZZun3WBVQ
A deer in Harlem https://t.co/7PTgKyTlkq
Well, that was unexpected. #Harlem #NYC #deer https://t.co/H0h0T3hTdZ
Up Next

But given the spot's proximity to the traffic on the busy roads nearby, one visitor, concerned about the deer's safety, called the Animal Care and Control centre, Duque said.

The next morning, heading to the gym, Duque was surprised to see the deer again. But a few hours later the animal was gone.

"I'm not sure if he was moved or if he roamed off further into the park but I loved having been able to experience his presence", Duque said.