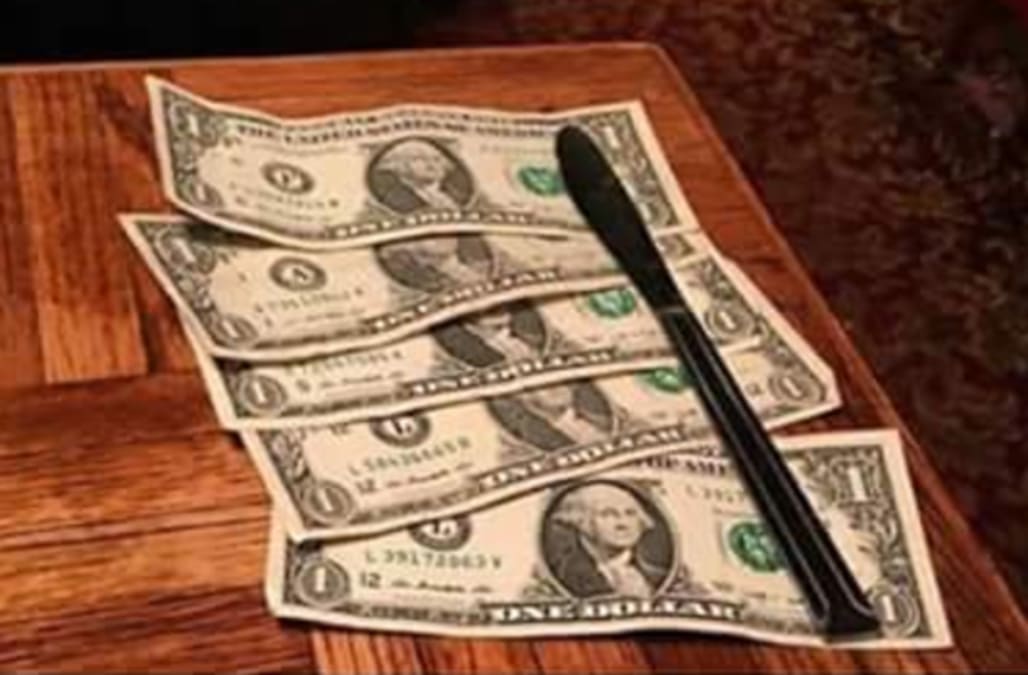 Even if you've never worked in the service industry before, you can likely empathize with the fact that waiters and waitresses often have to deal with unpleasant customers.

Despite this, some patrons still choose to antagonize restaurant staff time and time again.

A couple who fits that description recently shared a rude tipping strategy they like to employ on Facebook and it has the internet furious.

The so called 'trick,' according to the Facebook post, is to put five single bills on the table at the beginning of dinner for the waiter or waitress to see.

The post says you then take a dollar away for each time the server messes up. The unnamed poster claims you will receive the best service of your life and that is was "a good dinner experiment we both wanted to see play out."

Although we couldn't locate the original Facebook post (perhaps the couple deleted it when they realized how horrible it made them sound?) plenty of screen grabs of the advice have been shared on Twitter.

And people have not been holding back their feelings on the matter.

"If you want the wait staff to spit in your food, you could always just ask," wrote one man.

If you want the wait staff to spit in your food, you could always just ask. pic.twitter.com/hED3pjBXMJ

Another user didn't even want to even believe another person was capable of this type of action, tweeting, "please, please tell me this is not a real post by an actual living human being. Please."

Some Twitter users, however, were more confused by the amount of money being left behind, rather than the manner in which it was left.

This person sucks. When is $5 enough tip for a dinner for 2 anyway?

Whether the meal cost the couple $25 or $250, it seems like everyone can agree that this is method is a nasty move to pull on a server.