'El Chapo' Guzmán's henchmen were able to build not one, but 2 tunnels to break the kingpin out of jail 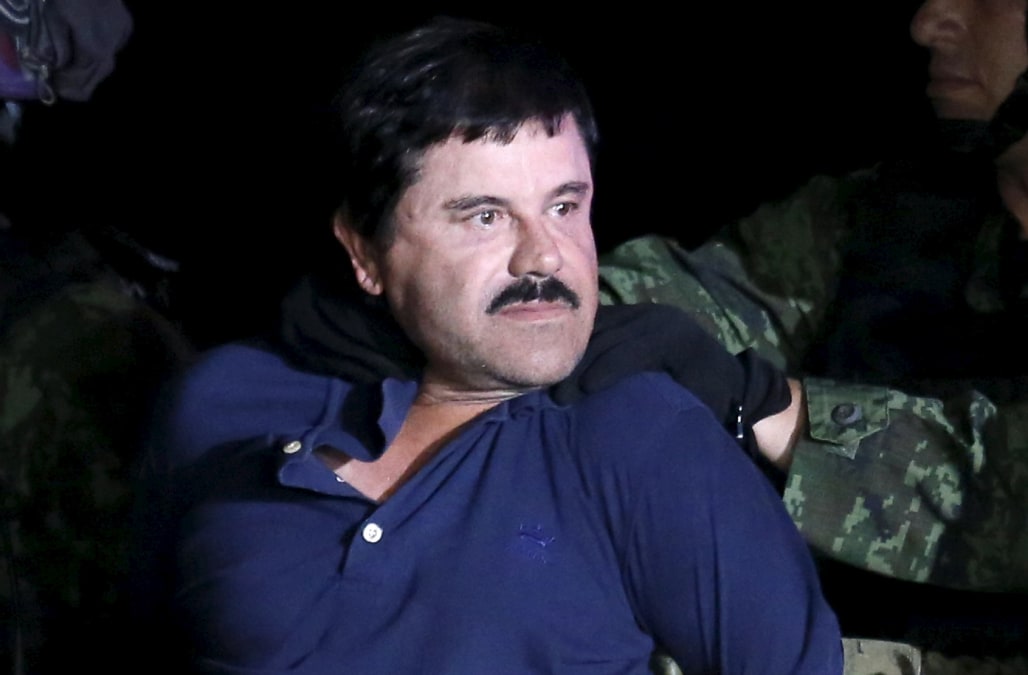 On the night of July 11, 2015, Mexican drug lord Joaquín "El Chapo" Guzmán slipped through a hole in floor of his cell's shower and, thanks to some complex engineering and security lapses, pulled off the second jailbreak of his criminal career. He was recaptured in early January, but the sting of the jailbreak — conducted through a mile-long tunnel dug under the noses of authorities — has lingered as an embarrassment for the Mexican government.

That embarrassment may be about to deepen.

Guzmán's henchmen, digging under the Altiplano high-security prison west of Mexico City, initially came up in the wrong cell, missing their target.

Correcting that mistake, however, didn't appear to be too much trouble for Guzmán's accomplices.

"It was not complicated." the Sinaloa cartel chief told interrogators of his escape after he was recaptured in a dingy lair in northwest Mexico in January, according to Mexican magazine Proceso. "The first time they wanted to get me out they got the cell wrong, but later they corrected and I left."

One of the officials who spoke with Guzmán after he was recaptured told Proceso's Jesús Esquivel that Guzmán held back little when speaking to authorities after they caught him.

"To the talk that his representatives got the cell wrong the first time they tried to free him, he left clear that another tunnel was constructed under the prison," the source told Proceso. If the escape was as easy as Guzmán supposedly described to his interrogators, "it means the network of corruption by narco trafficking in El Altiplano was larger than how the government of [current President] Enrique Peña Nieto painted it," Esquivel writes.

Guzmán's escape in July last year — the price of which likely ran into the low millions when bribes are factored in — set off a hunt for his accomplices within Mexico's prison and law-enforcement systems. As of January, more than 40 people had been arrested in connection with the escape, including eight prison staffers and 15 federal agents.

The webs of corruption and connections built by kingpins like Guzmán are what allows his ilk to construct international drug-trafficking networks, often acting with impunity in parts of Mexico. These networks are also hard for the Mexican government to deconstruct, even when they capture major players like Guzmán, as such efforts are often hamstrung by weaknesses in institutions and the conflicting interests of people within them.

"The fight for corruption inside the Mexican government is not very serious," Raul Benitez-Manaut, a security and armed forces professor at the National Autonomous University of Mexico, told USA Today at the beginning of this year.

"This is the big problem," he added. "Without this, we cannot make a real war on drugs."

According to the source who spoke with Proceso, the Sinaloa kingpin was likely forthcoming with the gritty details of his July escape for personal reasons.

"The narco trafficker cooperated in everything that he could when he was interrogated because he wanted to get it so they wouldn't put him on the path to be extradited to the United States," the source said.

It's unlikely that those admissions will earn Guzmán any leniency when it comes to extradition, however.

News of a second tunnel, if accurate, will probably only deepen the sense of embarrassment brought on by the jailbreak and underscore the deep-set rot within the country's prison system — two developments likely to intensify the government's desire to ride itself of Guzmán. Guzmán's legal team has just about exhausted its means to slow or stop the extradition.

A high-ranking Mexican security official said the government hoped to see Guzmán off by January or February 2017, and government sources cited by Esquivel said Guzmán's extradition could come within weeks, despite the Mexican government's wariness over dealings with US President-elect Donald Trump.

Official concerns notwithstanding, Peña Nieto may see Guzmán's extradition as a way of building better relations with Trump, a source of widespread derision in Mexico.

"'El Chapo' could be a present from Peña Nieto to Trump," Esquivel suggests.

NOW WATCH: 1 YEAR LATER: Here's what may come next for 'El Chapo' Guzmán

SEE ALSO: 'The discoveries are terrible': One of Mexico's most violent states is seeing the effects of narco fighting