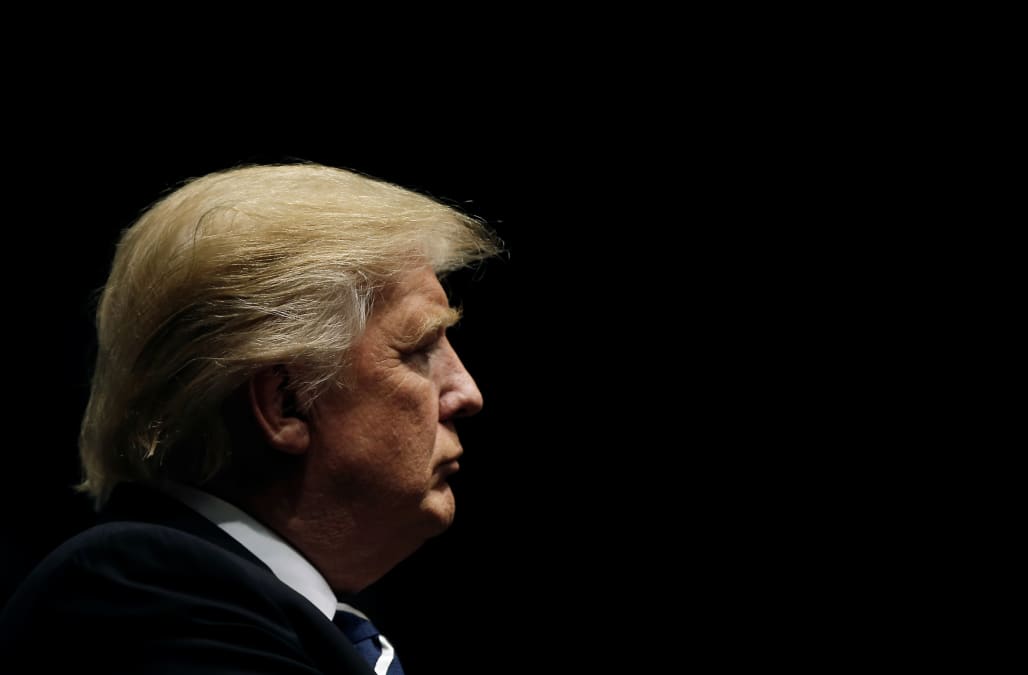 The CIA has concluded that Russia mounted a covert intelligence operation to influence the U.S. election in an effort to help Donald Trump win, a congressional official knowledgeable on the matter told NBC News.

Director of National Intelligence James Clapper briefed senators on the latest intelligence in a closed-door meeting last week, and he described the latest findings on the intentions of the Russian government with regard to the hacks and other interference in the U.S. presidential election, according to the official, speaking on condition of anonymity because of the sensitive nature of the intelligence.

A Washington Post report published online Friday night first described how the intelligence community has reached a "consensus" that Russia intervened in the presidential election to help Trump win — not just try to sow chaos and undermine the electoral process. The New York Times confirmed the story, as has NBC News.

The president-elect's transition team responded by impugning the CIA's integrity in a statement Friday, calling the spy agency "the same people that said Saddam Hussein had weapons of mass destruction."

Trump has repeatedly said he does not accept the findings of the spy agencies he will soon lead. They say Russia was behind hacks of Democratic email accounts and other efforts that appeared to harm Hillary Clinton's candidacy.

In October, the U.S. government said that all 17 intelligence agencies agreedRussia was behind the cyber-attacks just before the November election, and that the goal was "to interfere with the U.S. election process."

Now, the Congressional official told NBC News, new intelligence suggests that Russia's goal was to elect Trump, who broke from Republican orthodoxy during the campaign with several sympathetic statements about a Russian regime that has seized a neighbor's territory and is accused of killing political opponents.

Senators were briefed last week on the secret CIA assessment, the source said, confirming reports in the Post and Times.

In an interview Saturday with MSNBC's Joy Reid, outgoing Democratic leader Sen. Harry Reid of Nevada, who was among those briefed, accused FBI director James Comey of withholding information about the Russian campaign from the public. He said Comey should resign.

"Intelligence agencies have been finding connections to the Russian government," Sen. Reid said. "There's no question about that."

Reid added, "The FBI had this material for a long time. But he, Comey, who is Republican, refused to divulge this information regarding Russia in the presidential election."

The FBI did not immediately respond to a request for comment.

NBC News previously reported that Russians allegedly used hacking groups to provide material to WikiLeaks at the behest and direction of the Russian government.

The Post and The Times said the U.S. had identified specific Russian actors who had turned over the material to WikiLeaks.

Separately, another source briefed in the intelligence told NBC News that the U.S. government has identified specific Russian actors it believes were involved in the hacks, based on intercepted communications, human source tips and computer forensics.

The Times reported that the CIA assessed that Republican entities also were hacked, but that none of the material contained through the hacks was leaked.

NBC News reported in October that Republican operatives and officials had been targeted in a widespread Russian hacking campaign.

In September, House Homeland Committee Chairman Mike McCaul (R.-Texas) told CNN that the Republican National Committee had been hacked. Sean Spicer, the RNC spokesman, was quick to tweet that there had been no known breach "of @gop networks" and McCaul issued a quick retraction.

McCaul, however, didn't retract his broader assertion that he had been told in classified briefings that the Russian hacking campaign targeted Republicans as well as Democrats.

The Trump transition team responded to the latest reports with an unprecedented public swipe at the U.S. intelligence community.

Related: Trump Was Told Russia to Blame for Hacks Long Before First Debate

"These are the same people that said Saddam Hussein had weapons of mass destruction," Trump's representatives said in a statement attributed to the transition team. "The election ended a long time ago ... It's now time to move on and 'Make America Great Again.'"

The statement was headlined, "transition statement on claims of foreign interference in U.S. elections" and it was released after the Post report was published.

Senate Minority Leader Chuck Schumer, D-N.Y., said in a statement Saturday that the "silence from WikiLeaks and others since election day has been deafening." He added that revelations that Russian hackers worked to help Trump's campaign were "simultaneously stunning and not surprising."

"It's imperative that our intelligence community turns over any relevant information so that Congress can conduct a full investigation," Schumer said.

Russia has denied being behind the cyber-attacks on Democratic Party institutions. WikiLeaks founder Julian Assange has denied his organization was being used by the Russian government.

President Barack Obama has ordered U.S. intelligence agencies to deliver to him a dossier of the evidence that the Russian government used cyber-attacks and other means to intervene in the 2016 election, a senior administration official told NBC News.

The information may be made public, the official said.

"Is this the most successful Russian covert action ever?" asked a former senior intelligence official. "Yes, it is."