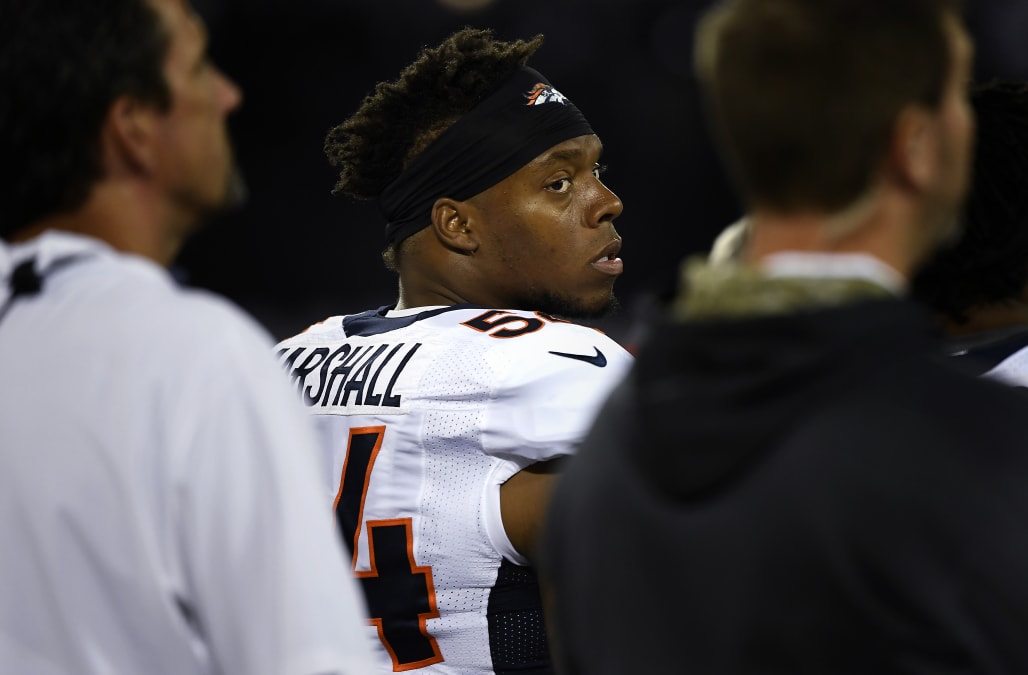 Denver Broncos linebacker Brandon Marshall shared to Instagram on Friday a racist letter he said he received in the mail at his team's practice facility.

The letter was riddled with racial slurs and said that if Marshall didn't like living in the US, he should to go "back to the jungle" in Africa.

"The hatred by some against people of color is one of the reasons we are where we're at in the world today, and they wonder why we feel the way we do and take the stances that we take," Marshall wrote on Instagram. "I received this letter at work."

Marshall was one of several players to kneel during the national anthem at the start of the NFL season as a protest against what they see as police brutality and institutional racism. He stopped doing so in early November, however, saying that he felt his silent protest had inspired "productive discussions and progress" with the Denver police.

Marshall's release of the letter came a day after New York Giants fullback Nikita Whitlock's house was burglarized and vandalized with racist slurs and a swastika.

NOW WATCH: The secret history of the NFL's mob and gambling ties

SEE ALSO: Giants player's house robbed and vandalized with swastika and graffiti that read 'Go back to Africa'