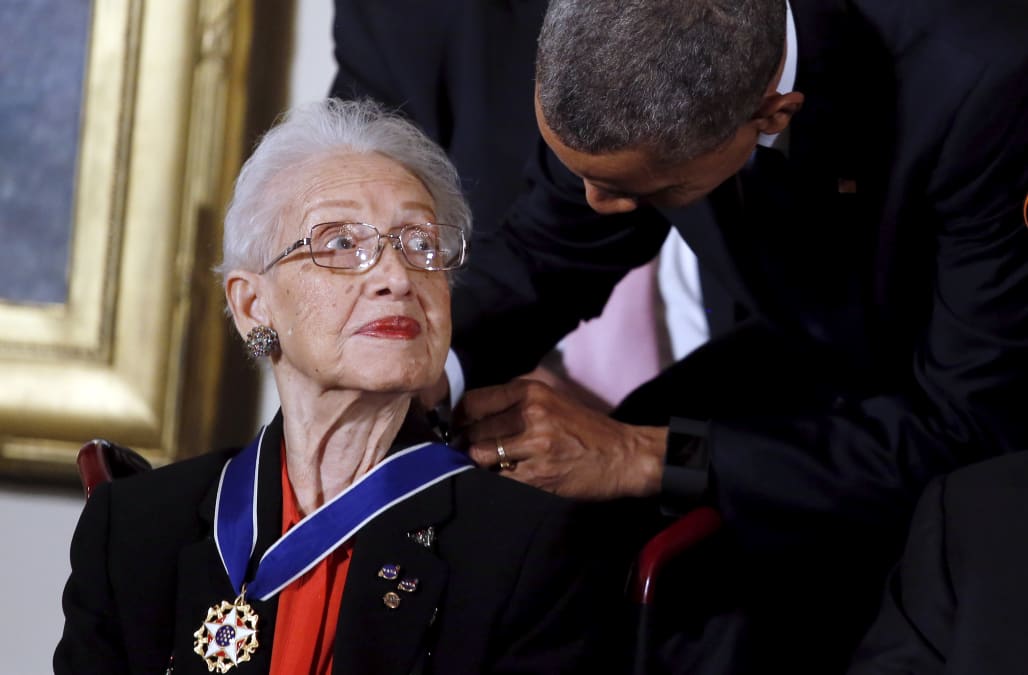 John Glenn, a former NASA astronaut who became the first American to orbit the Earth in 1962, died Thursday at the age of 95, and almost immediately, people started sharing their memories and thoughts about the American hero.

One of those people was Katherine Johnson, the "human computer" who helped check and invent the math that sent Glenn into orbit and brought him back home during his first flight decades ago.

"A good man has left Earth for the last time. John Glenn's life will long be remembered for his time in space, his courage and his service to all Americans," Johnson said in a statement Friday.

Johnson's life is the subject of the new movie Hidden Figures, which chronicles her work at NASA as well as the work of Dorothy Vaughan and Mary Jackson — two other African-American "human computers" who left a mark on the space agency but have not been widely celebrated until now.

NASA credits Johnson (played by Taraji P. Henson) with "verifying the calculations made by early electronic computers of John Glenn's 1962 launch to orbit and the 1969 Apollo 11 trajectory to the moon."

Now THAT is how you live a life! Godspeed, John Glenn. A true gentleman who humbly touched the stars and made us believe in the impossible.

In Hidden Figures, Johnson — who faces horrible discrimination due to her status as an African-American woman working in a white male space in the 1960s — is key to NASA Langley's goal of putting Glenn into orbit after the Soviet Union sent Yuri Gagarin up months before.

Hidden Figures will be released in theaters across the U.S. on Jan. 6, with limited release starting Christmas Day.