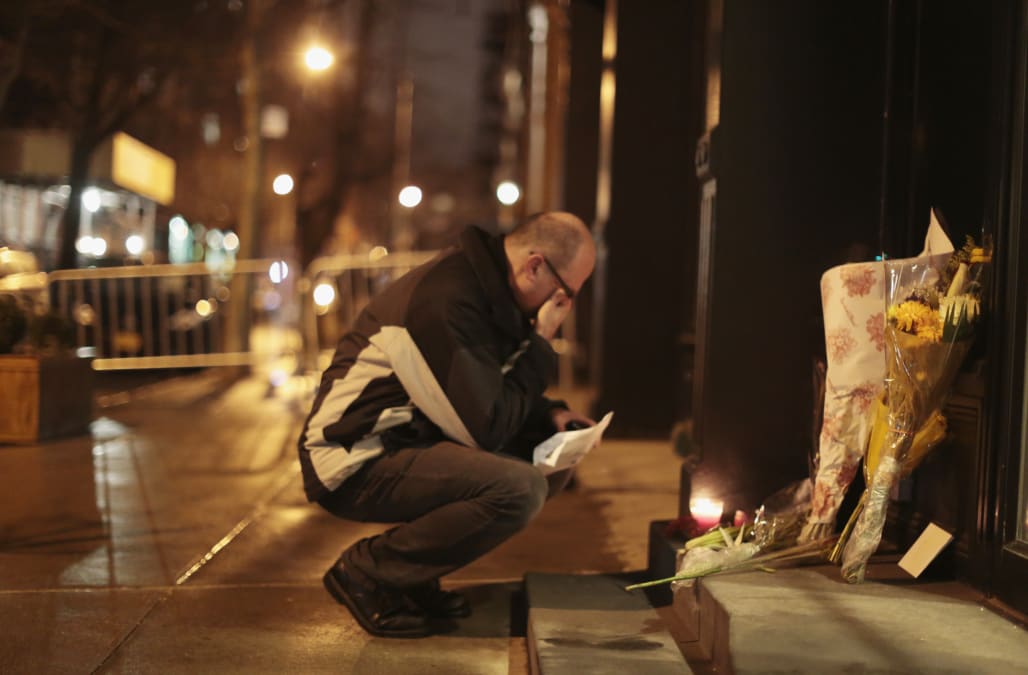 During the first weekend of December, nine people died of apparent drug overdoses in and around Kensington, a neighborhood in northern Philadelphia.

Those deaths came just weeks after the city, which has become a "mecca" for addicts, saw 50 overdoses — five of them fatal — in one day on November 17.

Philadelphia's overdose deaths have put the city on pace to hit 900 fatal overdoses this year, a 30% increase over last year and a number that would triple the city's homicide rate, according to The Philadelphia Inquirer.

The cause of death for the nine overdoses over the weekend has yet to be verified, but authorities said all seemed to be related to drug use.

The additional deaths this weekend may have also been caused by fentanyl, Jose Benitez, executive director of the nonprofit Prevention Point Philadelphia, told The Inquirer.

Philadelphia usually sees three overdoses a day, not all of which are fatal, said Benitez, whose organization provides health services to drug addicts. On a typical day, Benitez's group typically hands out four or five kits with the opioid antidote Naloxone. Philadelphia, and the neighborhood of Kensington in particular, has become a focal point for the US's deepening opioid crisis.

Reports this summer indicated the city was seeing an influx of a cheap, highly potent version of heroin, thought be pushed by Mexico's Sinaloa cartel, which has expanded heavily into the synthetic-drug trade recently.

One addict who spoke to the LA Times in July said Philadelphia had become a "mecca" for out-of-towners looking for the drug.

Philadelphia Mayor Jim Kenney called Kensington the "epicenter of the city's opioid use" on Monday. The city is centrally located among the Mid-Atlantic's heroin markets, and it sits alongside Interstate 95, a major artery for illegal drug smuggling.

I-95 is also adjacent to Kensington, which narcotics officers who spoke to the LA Times this summer called one of the "most flagrant open-air drug markets" on the eastern seaboard.

Emergency responders and researchers are often behind the curve when it comes to identifying the drugs in use during such crises, The Inquirer notes.

Some labs have equipment that is not able to recognize newer drugs, and, in some cases, the amount of the narcotic in the bloodstream is so minute as to avoid detection.

Hard drugs like heroin and related narcotics like fentanyl have gained traction with a broader base of users in recent years, in part because of profligate use of prescription pain medicine that often hooks users and leaves them craving stronger highs.

In response to those urges, many users turn to heroin, with additives like fentanyl seeping into batches as addicts clamor for stronger doses. The spread of the crisis has stirred alarm around the US and prompted a resurgence of ineffective and counterproductive punitive responses. Opioid addiction and drug use has also become common in working-class and Rust Belt communities.

Victor Colon, a Philadelphia man who died of an overdose this weekend, had surgery for a knee infection at the beginning of this year, for which he was prescribed pain medication. According to The Inquirer, his family thinks that may have led him into heroin addiction.

"It's just this heroin. This heroin. It's killing people slowly," Colon's sister, Edna Villafane said. "I don't think the meaning of brotherly love is here anymore."

More from Business Insider:
Police intercepted 5,700 pounds of cocaine near the coast of one of Europe's drug gateways
Microsoft was the first tech giant to take the leap into legal weed — here's how
Silicon Valley's new craze is flying to Peru to take a psychedelic you can't legally get in America