Where every president's kid has attended school since the Kennedys 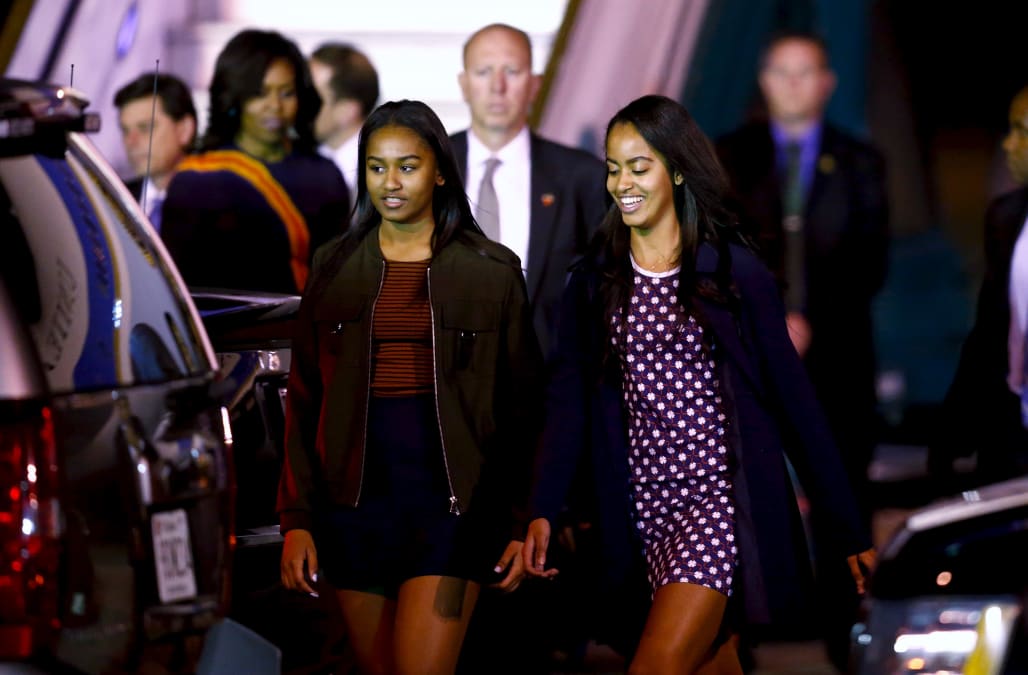 As was apparent in the 2016 election, a presidential campaign is a long, grueling process for candidates, campaign staffs and family members alike.

Once a presidential candidate finally win the general election, the soon-to-be first family then faces an entirely new wave of changes centered around building a new life in Washington D.C. First kids, the sons and daughters of the White House, are not left out of this transitional equation.

Going back as far as the Kennedy kids, take a look at where every presidential child has attended school -- both in Washington and in their college years:

Caroline Kennedy attended The Brearley School and Convent of the Sacred Heart in New York City and graduated from Concord Academy in Massachusetts in 1975. She later earned a Bachelor of Arts from Radcliffe College at Harvard University.

Both Luci and Lynda attended the National Cathedral School for Girls for high school. Luci later attended Georgetown University School of Nursing, while Lynda graduated from the University of Texas at Austin.

President Carter shares a secret with his daughter Amy

None of the Reagans lived in Washington during their father's presidency.

Both Sasha and Malia attended Sidwell Friends School in Washington. Malia is currently taking a gap year before starting at Harvard in the fall.

President George H.W. Bush and his children George W. Bush is at center with his arm around his mother, Barbara

President Clinton with his wife Hillary and daughter Chelsea.

After attending the Sidwell Friends School, Chelsea went on to receive her undergraduate degree from Stanford University.

George W. Bush and his daughters Barbara and Jenna.

Both Barbara and Jenna attended Austin High School. Jenna later went on to graduate from University of Texas at Austin, while Barbara graduated from Yale University.

11-year-old Barron currently attends Columbia Grammar and Preparatory School in Manhattan, but it was recently announced that he will attend St. Andrew’s Episcopal in Maryland come fall 2017.

Post-election win, President-elect Trump announced that wife Melania and their 10-year-old son, Barron, will remain in their New York City home through the end of the year so Barron can finish the school year.

Barron attends Columbia Grammar and Preparatory School, located in the Upper West Side of Manhattan. In true Trump fashion, the decision to keep Barron at the elite $47,000 a year runs counter to what most first children experienced in transitioning to the famous Sidwell Friends School as their fathers transitioned to the Oval Office.

More from AOL.com:
First pup? Meet the adorable dog that has captured the hearts of the Trump family
Ivanka Trump and Jared Kushner reportedly considering move to Washington
Best beauty looks from the 2016 British Fashion Awards