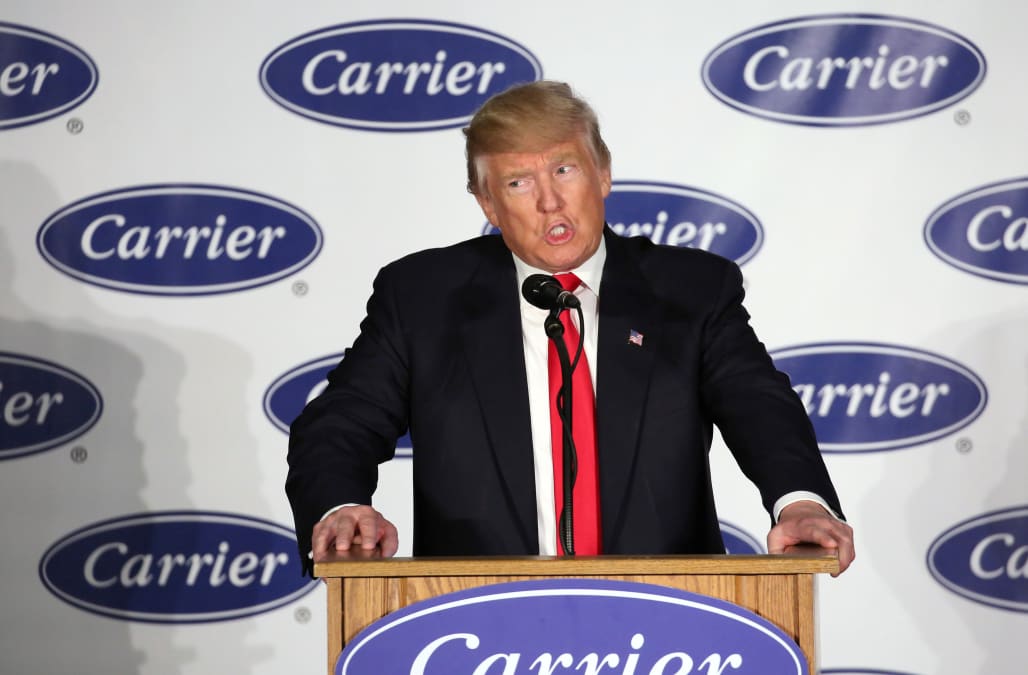 Chuck Jones, a union leader who accused President-elect Donald Trump of misrepresenting the scope of an agreement to preserve some manufacturing jobs in Indiana, says he has been receiving threatening phone calls.

Jones told the Washington Post on Wednesday night that the threatening calls started after Trump tweeted him by name the same night, accusing Jones of "doing a terrible job" in his role as president of the United Steelworkers Local 1999 union.

Trump, who is apparently busy setting up his Cabinet before his inauguration on January 20, sent another searing tweet: "If United Steelworkers 1999 was any good, they would have kept those jobs in Indiana. Spend more time working-less time talking. Reduce dues," he said.

Jones told the Post's Danielle Paquette that his phone began ringing constantly a half-hour after Trump tweeted the insults.

"One voice asked: What kind of car do you drive? Another said: We're coming for you," the Post reported.

In an interview with MSNBC, Jones said some of the threats were more specific:"Nothing that says they're gonna kill me, but, you know, you better keep your eye on your kids ... We know what car you drive. Things along those lines."

Despite the numerous threats, Jones said he is not worried:

"I've been doing this job for 30 years, and I've heard everything from people who want to burn my house down or shoot me ... So I take it with a grain of salt and I don't put a lot of faith in that, and I'm not concerned about it and I'm not getting anybody involved. I can deal with people that make stupid statements and move on."