First pup? Meet the adorable dog that has captured the hearts of the Trump family 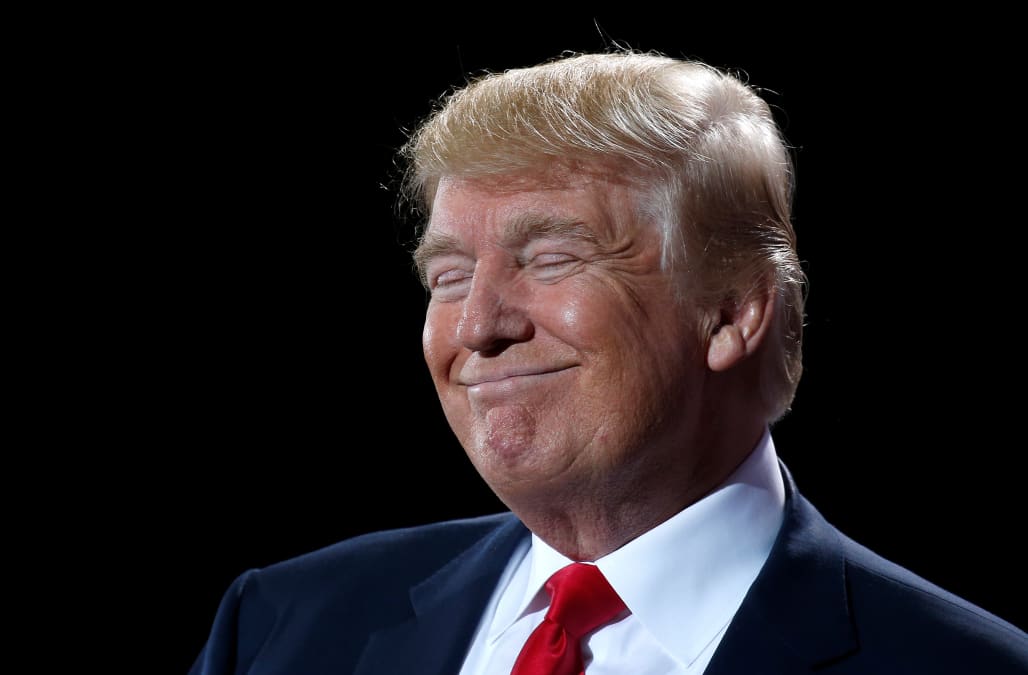 Could this three-month old pooch be heading to the White House?

Patton the golden doodle belongs to Lois Pope, a Palm Beach socialite and a friend of President-elect Donald Trump. She lives down the road from his beloved Mar-a-Largo estate.

Pope says she showed Trump a photo of the puppy at Thanksgiving and he was instantly smitten.

"He said, 'oh my God, show the dog to Barron, he will want him!'" she recalled to Inside Edition.

The dog, named after decorated World War II general George S. Patton, was then shown to Trump's youngest son, Barron, who also fell in love with the dog.

"He looked at the dog and his eyes just lit up and a big smile came on his face," Pope recalled.

Pets are a time-honored tradition at the White House.

Potential first pup for Donald Trump's presidency
Up Next

The Reagans had Rex, a cavalier King Charles spaniel. The Bushs had springer spaniels, Millie and Ranger.

The Clintons had Buddy, a Labrador retriever, as well as a cat named Socks. George W. and Laura Bush had Scottish terriers named Barney and Mrs. Beasly.

And the Obamas have Portuguese water dogs Bo and Sunny.

If Trump doesn't get a pet, he'll be the first president since Harry Truman — in office more than 70 years ago — to not have a furry friend roaming the halls of 1600 Pennsylvania Avenue.

But Trump is clearly a dog person, as he poses with the winner of the Westminster Kennel Club dog show every year.

According to Trump's spokesperson, Hope Hicks, "no decisions have been made" about whether the family will adopt Patton, or another dog.