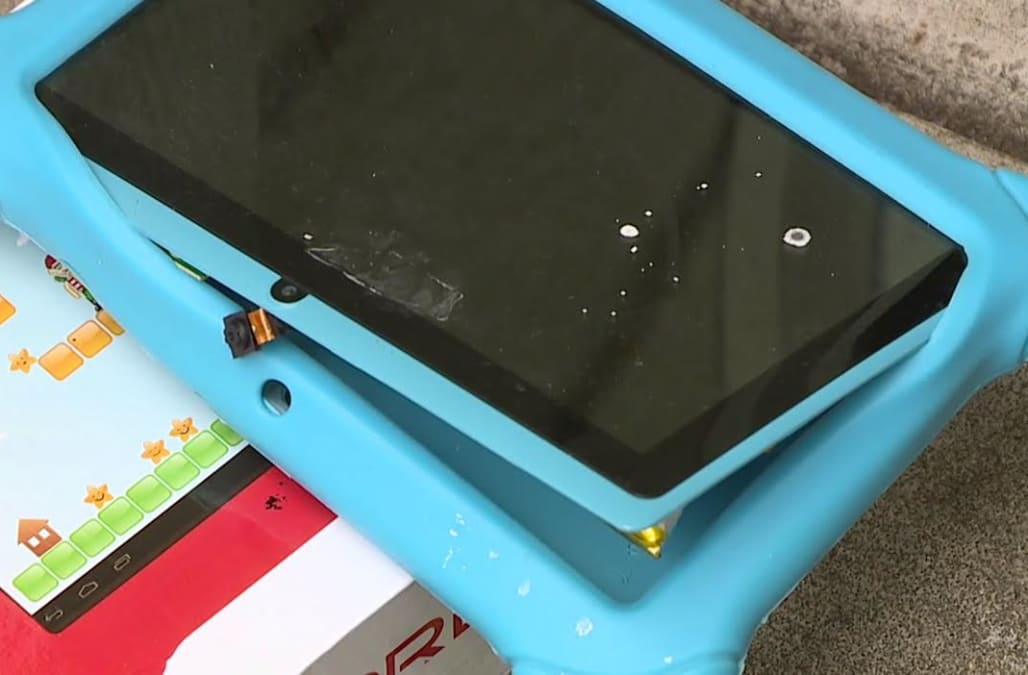 COLFAX (KTXL) -- A Colfax dad is warning shoppers about what he calls an exploding tablet.

Two years ago Mike Tanza's son got an Orbo junior tablet for Christmas. Two days ago he pulled it out of the closet to give to his baby daughter and found the battery expanded so much it broke the tablet and left battery acid on the screen.

At a time when exploding toys batteries are such a concern you can't even fly with a certain brand of cell phone, Tanza worries about just how bad this could have gotten.

FOX40 found the "Orbo Jr. 4GB Android 4.4 Wi-Fi Tablet" was widely sold through a variety of retailers. However tracking down the manufacturer isn't easy. The product doesn't contain so much as a tech support number from what Tanza showed FOX40.

Tanza's tablet was purchased on Amazon where it's advertised as a kid friendly tablet. With an average rating of three stars, most negative reviews about the item complain about poor quality. However, one reviewer said the USB port melted while the tablet was charging, causing her daughter to burn her hand.

Tanza says he contacted the seller through Amazon who told him it was too late to get his money back. He feels they missed the point.

"I don't want my money back or a replacement, would you want one of these things?" Tanza said. "This could have been a little kid holding it and it could have went off in their hand."

FOX40 brought Tanza's concerns to Amazon. The online retailer referred our questions to the manufacturer Orbo. As of Wednesday evening FOX40 has not been able to contact Orbo directly.

Dad issues warning after kid-friendly tablet explodes
Up Next

More from AOL.com:
Shoppers bought this gadget every 2 seconds on Cyber Monday
Hero item of the day: PhoneSoap
Stop unwanted calls and texts from hitting your cellphone