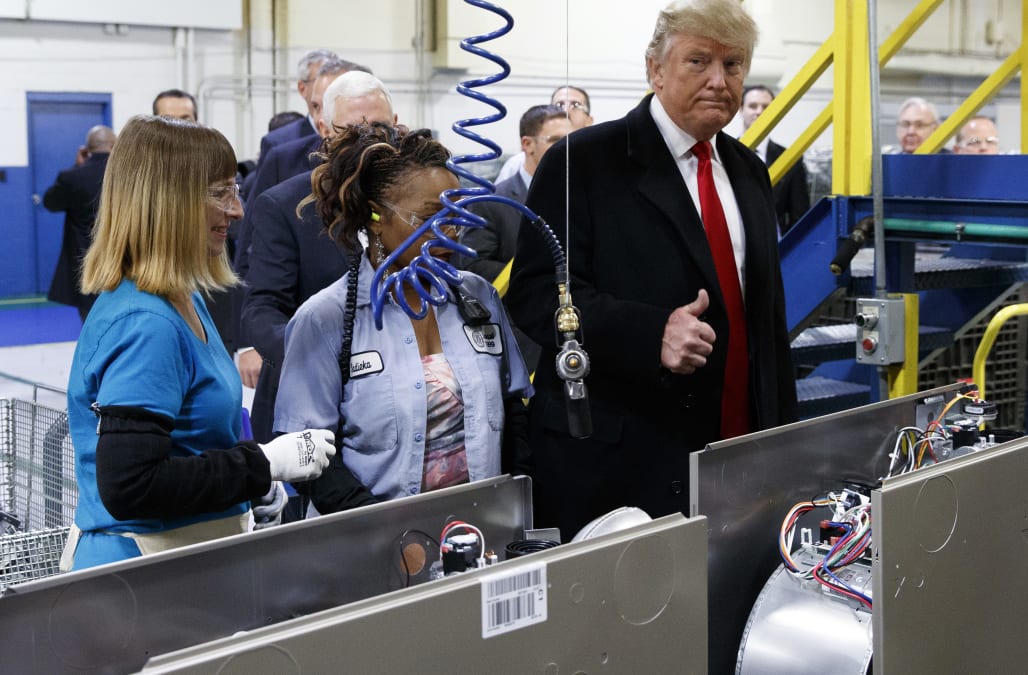 Donald Trump touted his deal to keep more than 1,000 jobs at an Indiana Carrier plant as his first major achievement as president-elect.

But a union leader says Trump "lied his ass off" about how many jobs would stay in Indiana.

Chuck Jones is the president of United Steelworkers Local 1999 and was a vocal Bernie Sanders supporter. He said he learned Carrier would only keep 730 productions jobs in Indianapolis. Beyond that, 550 of his union members would be out of a job.

Carrier's parent company, United Technologies, planned to outsource 1,350 jobs to Mexico, where wages are a slim $6 an hour — almost six times lower than in Indianapolis, where employees rake in around $34 an hour. Carrier officials say there is no way to compete with the benefits of outsourcing labor.

That's not what Trump told the press when he visited the plant, though.

"United Technologies and Carrier stepped it up and now they're keeping — actually the number's over 1,100 people, which is so great," Trump said.

United Technologies received $7 million in tax credits over the next 10 years in exchange for keeping the Indianapolis workers at the plant.

Related: Here's who Trump has appointed to senior leadership positions

Here's who Trump has appointed to senior leadership positions

Duties: oversee the Executive Office of the President, serve as the president's right-hand man

Bio: Priebus, 44, got his law degree from the University of Miami in 1998. He worked his way up through the ranks of the Republican Party, becoming the Wisconsin Party Chairman in 2007, then general counsel to the National Committee in 2009, and finally its chairman in 2011. Priebus helped launch Wisconsinites House Speaker Paul Ryan and Gov. Scott Walker to national prominence over the last several years. He has two young children with his wife, Sally.

Reactions: While Priebus' hire may comfort the Republican establishment, it may aggravate some of Trump's supporters who expect him to fulfill his promise to "drain the swamp" of Washington insiders in government.

More from Newsy: Bringing Back Manufacturing Jobs Might Be Harder Than Just A Tax Cut

The company is still moving forward with a plan to relocate 700 factory jobs in Huntington, Indiana, to Mexico.

Jones says he plans on having more meetings with Carrier in the coming months to negotiate for those who will be laid off, asking for things like extra vacation time.

Jones says jobs will likely start moving south of the border in May 2017. The process will take roughly two years.

More from Newsy:
Republican-Led Congress And Trump Agree On Their First Steps — Sort Of
James 'Mad Dog' Mattis Nominated As Trump's Secretary Of Defense
Donald Trump May Assemble The Wealthiest Cabinet In Modern US History