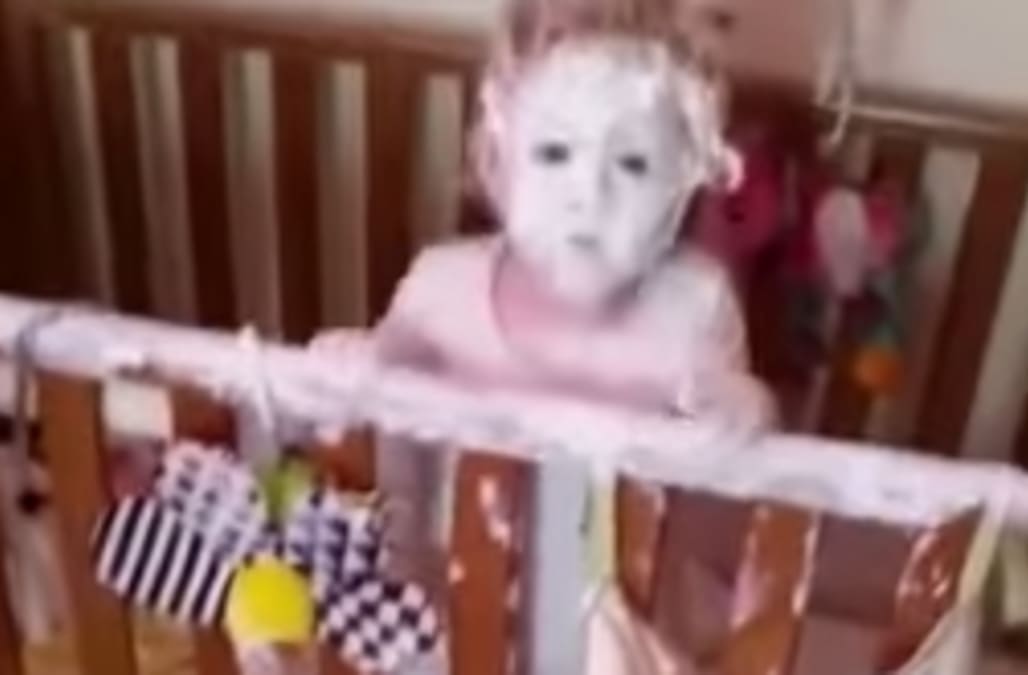 It was a living nightmare for this mom when she walked into her baby's room, and saw diaper rash cream all over the place.

The U.K. mother said she had left her 2-year-old daughter, Poppy, with her 15-month-old, Scarlett, for just a moment as she went into the next room.

She returned a minute later to see Scarlett — and the rest of the room — covered in Sudocrem.

On the floor was an empty bottle of the diaper rash cream. Poppy, standing at the edge of Scarlett's crib with cream all over her hands and face, proved to be the culprit.

"What have you done?" the mother asked red-headed Poppy in a video licensed by ViralHog."Is this good, or is this bad?"

Her embarrassed daughter stood below her, speechless.

"I had to video it as I couldn't have described to my husband nor explained all the cleaning up I had to do," she explained in a statement to ViralHog.

Although the mother explained it took all day to wash up her babies, and clean the cream off the room, one good thing seems to have come out of the mess.

"They've not had a [diaper] rash since!" she said.

More from Inside Edition:
Baby Ends Up Covered in Diaper Rash Cream Thanks to Her Big Sister
It's a Twin-Twin Situation: Adorable YouTube Sisters Are Double the Cuteness
'Hot Car Dad' Justin Ross Sentenced to Life in Prison With No Parole for Murder of Toddler Son