The end of the world: How NASA and FEMA will deal with a killer asteroid 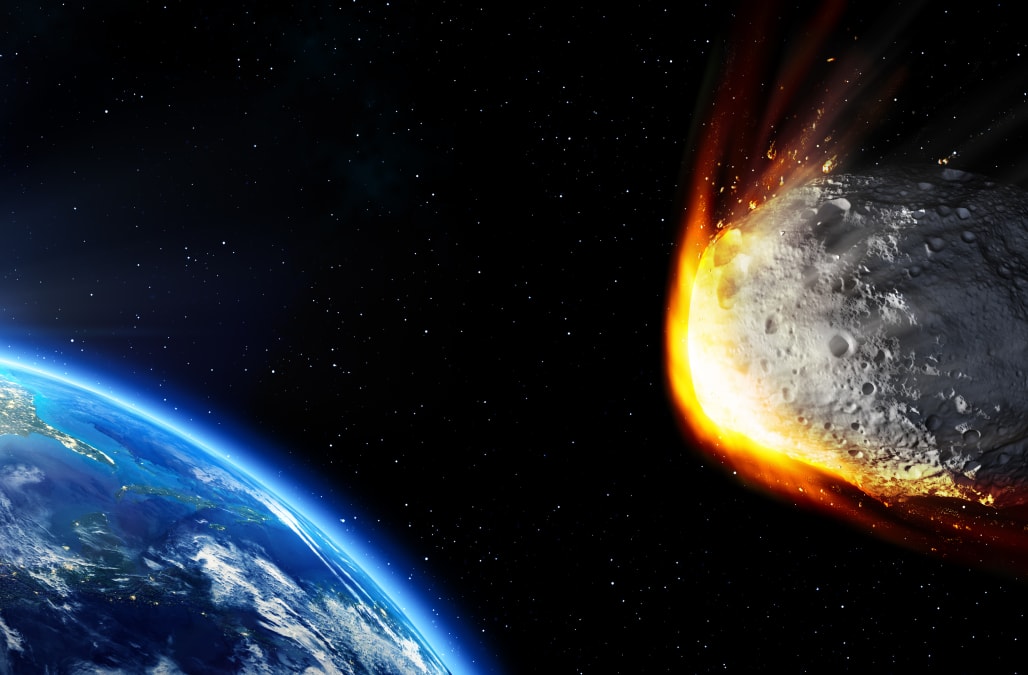 In the event NASA has to deal with a killer asteroid destroying the world, the first people to learn about it would likely find out via text message. Seriously.

If a killer asteroid on a path to striking Earth were discovered, the first word of its existence would likely come in the form of a text or an email—preliminary information about the space rock, sent out to a group of less than 12 scientists.

At that stage, researchers wouldn't know much about the size and trajectory of the errant space rock, but that'd change quickly. They'd start hurriedly gathering observations of the object, likely first spotted by one of the large survey telescopes constantly looking out for this kind of thing.

And then, they'd get to work.

SEE ALSO: Meteorite impact zone in Australia may be the largest ever discovered

There's a small but very real possibility that, one day, a city-leveling (or even: planet-obliterating) asteroid could hit the planet. A major asteroid strike could cause wide swaths of regional damage, everything from broken windows to toppled buildings, a disaster that could range from a local tragedy to a global-scale event.

And while the odds of an asteroid striking Earth are extremely low (a 5,000-foot asteroid is only expected to hit the Earth about once every 1 million years), NASA does, in fact, have a plan of action, in case an errant space rock were making its way towards us. And they—in conjunction with FEMA—recently staged a run-through of what would happen if they did find a dangerous asteroid speeding toward our planet.

"It is critical to exercise these kinds of low-probability but high-consequence disaster scenarios," FEMA Administrator Craig Fugate said in a statement. "By working through our emergency response plans now, we will be better prepared if and when we need to respond to such an event."

When a survey discovers what could be a new near-Earth object (NEO), it gets logged with the Minor Planet Center—an organization that acts as a clearinghouse for discoveries of relatively small new objects in the solar system—in a public forum.

If a newfound object does look like it's on a course that'd bring it near Earth in the next six days, the Minor Planet Center's system sends out an automated text message or email to a select group of people at the center and NASA.

That, explained NASA's planetary defense officer Lindley Johnson, is when they get alerted as to "any possibility that a newly discovery could be on an impact trajectory," he explained to Mashable in an interview.

Seeing asteroids, killer or not

The alerts can set off a flurry of follow-up observations.

Once logged, amateur astronomers and people using large telescopes can train their own tools on the part of the sky to gather more data about the possible object, attempting to confirm its size and orbit.

As it turns out, Earth isn't that large of a target. And while there are plenty of asteroids, it's very rare for a relatively large one to enter our atmosphere.

If the asteroid actually looks like it has a chance of striking the planet, though, NASA notifies the White House Office of Science and Technology Policy, and then soon after, issues a press release to inform the public.

NASA and the Minor Planet Center have to come to an agreement about whether any given space rock will hit the planet before they go wide with a statement about the NEO, Williams said.

Because of that caution, you'll probably hear about the possibility of an asteroid impact before any kind of press release from NASA.

"Since the work is all done in the open, the observations and orbits are available over the internet if you know where to look," explained Johnson. "Folks on the internet would probably be talking about it before we get to the point where we can put a public notice out."

Because all of the orbital maps, trajectories and coordinates are already available to scientists around the world, there's inevitably going to be chatter about it on Twitter, Reddit, and all the other usual suspect-forums before an official announcement about the asteroid's collision course is made.

NASA also keeps an eye out for the future of Earth. The space agency plots out expected orbits for each NEO found to—give or take—about 100 years in the future, in order to see if the space rocks might make any close brushes with our planet, at any point.

How to move an asteroid

Scientists have mapped the orbits of about 90 percent of NEOs about 1 kilometer or larger, and they are hoping to map that percentage of objects 140 meters or larger.

This kind of orbital mapping is more than just scientifically interesting.

Scientists want as much lead time as possible in order to help protect Earth from the worst effects of an asteroid strike.

NASA's also been looking into ways of deflecting an asteroid, should it come dangerously close to our planet.

Engineers have floated everything from shooting lasers at the asteroid to going full Armageddon (and yes, actually blowing it up) as ideas that could help deflect it. While nothing's been tested in space yet, theoretically, these devices could keep Earth safe by nudging rogue asteroids or comets out the way.

NASA and the European Space Agency are collaborating on a new mission concept called the Asteroid Impact and Deflection Assessment (AIDA), which would test whether an asteroid can be moved by an impactor.

If it works, this method could be used to help divert an actual NEO should a dangerous one come near our planet.

But for now, we'll just have to keep an eye on the sky, wait, and hope for the best.