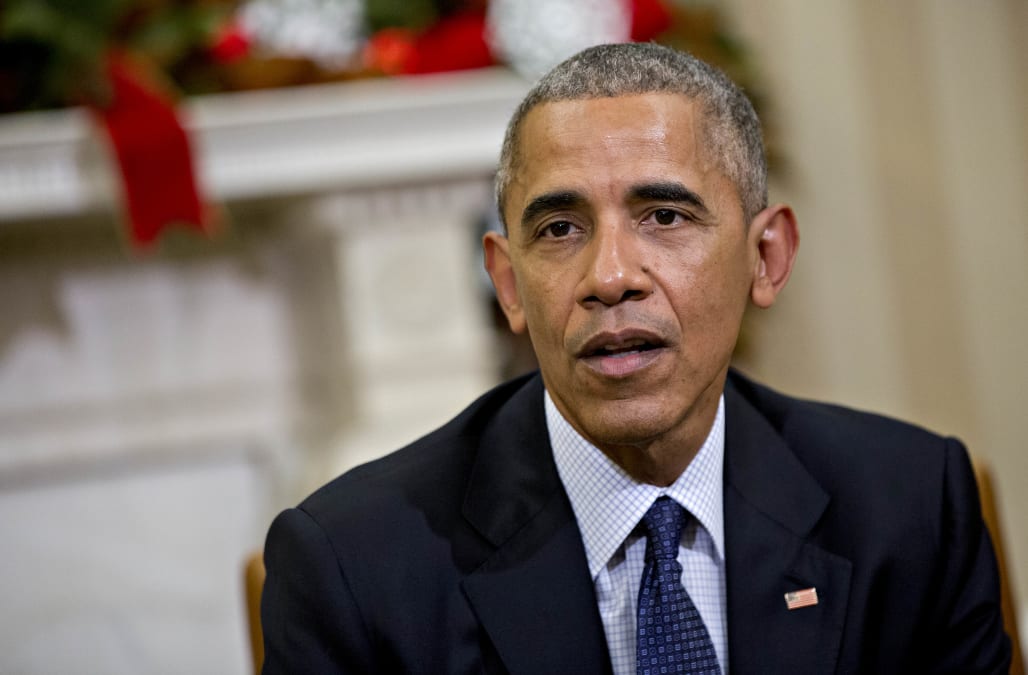 "My agenda will be based on a simple core principle: putting America first," President-elect Donald Trumpannounced in a video he released last week.

Throughout his campaign, Trump said he would accomplish that goal during his first 100 days in office by canceling "every unconstitutional executive action, memorandum and order issued by President Barack Obama."

SEE MORE: Donald Trump May Assemble The Wealthiest Cabinet In Modern US History

And with a Republican-led Congress, Trump might be able to start on doing just that. That is, if Congress agrees with him.

House Speaker Paul Ryan confirmed Thursday that Republicans and Trump's transition team will begin to sift through "hundreds" of Obama's executive actions to decide which to reverse.

It certainly seems like the two parties are on the same page for most of those repeals.

These include some Trump recently mentioned, like canceling energy restrictions and limiting new regulations.

Congressional Republicans also hope having a Republican in the White House will enable them to overhaul Obamacare, pass large income and corporate tax cuts and fill conservative Supreme Court Justice Antonin Scalia's seat with a justice who would uphold similar ideals.

But many wonder if Trump will go for others that could cause strong reactions from the public.

In the past, he's suggested reversing Obama's attempts to end the deportation of Dreamers, or undocumented immigrants brought to the U.S. as kids. That's something Republican Sen. Lindsey Graham has denounced.

Republicans in Congress also disagreed with Trump's policy proposal to temporarily ban some Muslims from entering the country.

Ryan said he didn't know exactly which executive actions would be revoked, but the Trump administration and Republicans might eliminate ones that won't cause a massive public uproar.

More from Newsy:
Trump Gets Praise For The Carrier Deal, But Indianans Will Pay For It
Ivanka Trump, Chief Climate Change Advocate?
Trump Could Disrupt Graham's Bill To Help Undocumented Immigrants