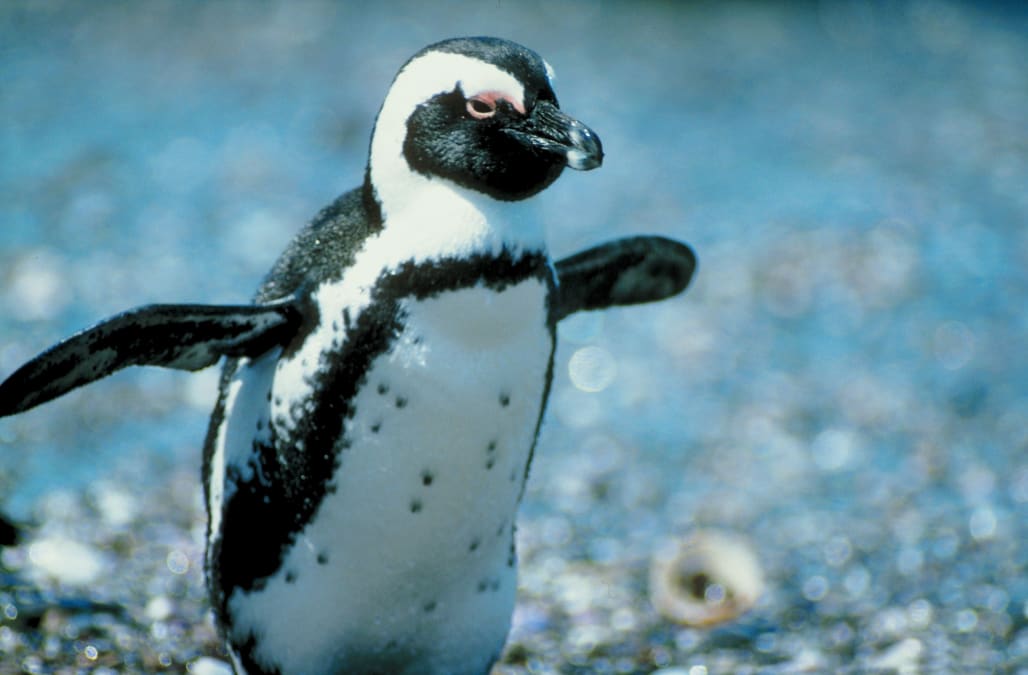 The dirty drains of an Australian city are no place for a baby penguin, but that's just what Josh Pirini and Scott Martin found on Thursday.

According to SMH, the pair were taking photos of street art in a drain in Haberfield, Sydney, when the little guy came along and was immediately captured on Snapchat by two guys as they tried to rescue it.

It's kinda funny and adorable.

They tried catching the penguin in a towel, but no avail.

Warning: There's some strong language in this one. If you know Australia, you know the kind.

The penguin's wild adventure was soon over though. It was rescued by Inspector Tyson Hohlein from RSPCA NSW, after the two men reported the penguin was distressed and making "wild noises" when they tried to pick him up.

"It is unclear whether this penguin is the same 'Mumble' made famous by the Happy Feet film, who washed up on the shores of Australia after an epic journey from Antarctica," Hohlein said in a statement via email. Very funny.

It was taken directly to Taronga Zoo's wildlife hospital, where it was found to be slightly underweight and quite weak, but is otherwise healthy.

Staff will release the penguin back into the wild shortly, after it's had a bit of rest and relaxation after its big day out.

More from Mashable:
Teens who drifted out to sea on inflatable toys rescued by fishermen
Australian startups need more diversity to thrive, not closed borders
Guy volunteers for a cycling event, ends up rescuing a drowning koala