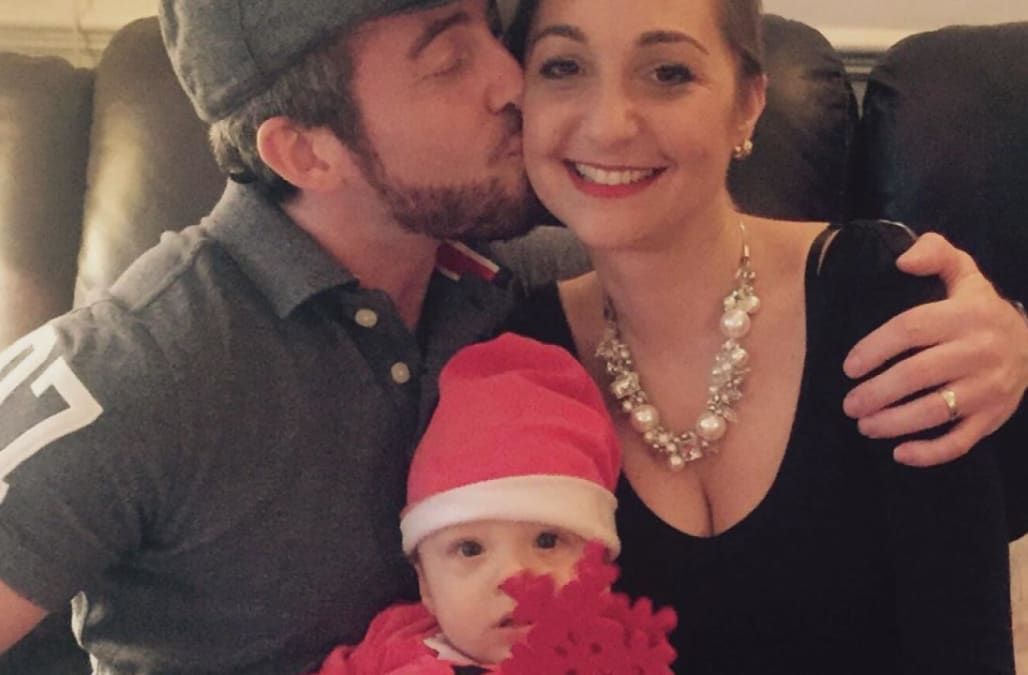 This cancer-stricken mom has one wish this Christmas: To live long enough to see her toddler son open his presents on December 25.

So her husband, Ed Cusick, is raising funds to make it happen.

Read: Family Has Early Christmas for Teen Before Risky Brain Surgery: 'It Was Bittersweet'

"I know it's harder for people to donate close to Christmas coming as money is tight, but the only thing I want is to give my wife another chance to be here with me and our son," Cusick wrote on his fundraising page.

See photos of the family:

Nina, a 34-year-old graphic designer, was diagnosed with bowel cancer in February last year while she was pregnant with Teddy and gave birth to him six weeks early. After doctors said she could have just six weeks to live, the couple sought further medical advice and learned about a drug called Regorafenib.

The drug, which may shrink tumors, appears to be working for Nina, SWNS reported.

"Because we got another opinion and we have got other drugs, we have come 22 months with the memories and experiences," her husband said. "In that time, as much as being surrounded by a lot of darkness, these memories are incredible to have."

But the drug, which costs more than $6,600 every three weeks, is not covered by national healthcare, leaving the family to pay for it out of pocket. The cost is causing great strain on the family, particularly because Ed needed to leave his job to care for his wife and their son.

With news that the cancer has spread to Nina's liver and bones, the family is hopeful they can raise enough money to cover the costs of the drug until a new clinical trial next year, which could potentially cure her.

There is no guarantee the trial, which is free, will accept Nina. If that's the case, the family will have to continue paying for expensive medications.

But for now, Nina is focusing on getting through the next few weeks for Teddy.

"Even if she doesn't make it to the trial next year, she says she just wants to be here to watch him open his stocking on Christmas Day," her husband said.

Despite her prognosis, Cusick is trying to stay positive.

"Cancer is very sneaky. It really can suddenly switch things round but if we have got a bit of hope to cling onto, then we are going to take it," he said, adding: "She is our all."

More from Inside Edition:
Woman Accused of Breaking Into Home, Holding Neighbor's Dog Hostage
Driver in Parking Lot Road Rage Case Says She Feared for Her Life: 'I was Terrified'
Man Sentenced to Death for Sexual Assault and Murder of Girlfriend's 3-Year-Old Daughter