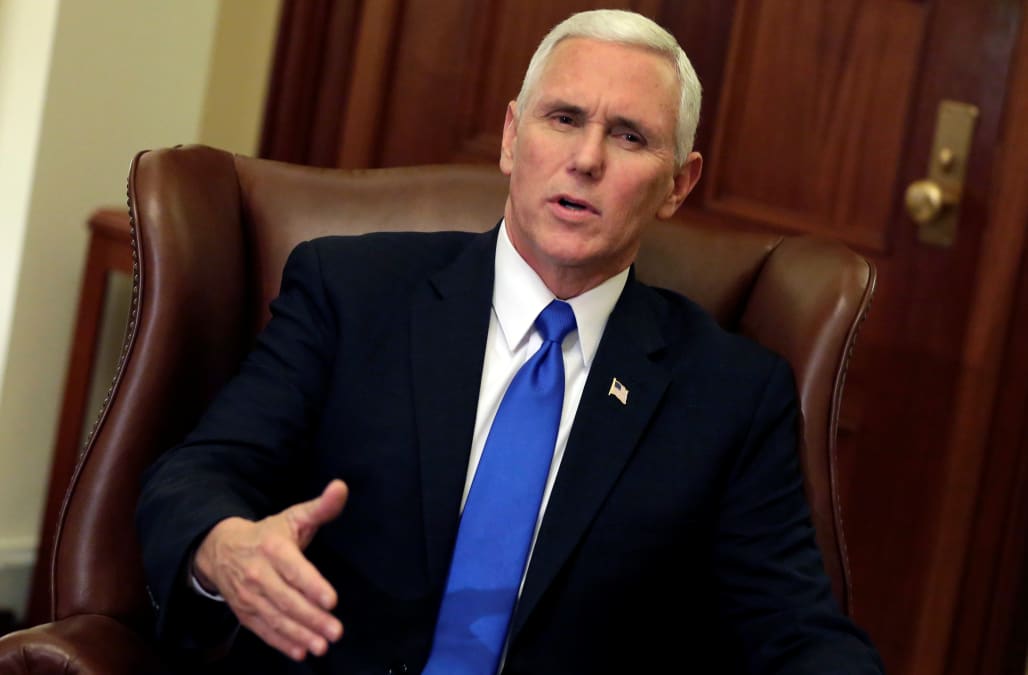 Mike Pence will be moving into the Naval Observatory in Northwest DC in a few months, but until then he's renting. CNN reported that his new home in one of the capital's upscale suburbs is costing the future vice president $6,000-a-month. And like the Hamilton cast, some of Pence's new neighbors have strong feelings about the positions that the former Indiana governor has held in relation to the LGBT community.

RELATED: "The View": "Hamilton" cast's rudeness to Mike Pence was a lie of Donald Trump's creation

Residents on NW Washington Street where VP Elect Pence is renting a house are sending him a symbolic message. More residents may hang flags pic.twitter.com/fldYsMoP6i

According to WJLA, more than half a dozen rainbow flags have appeared on the doorsteps and front lawns of homes in Pence's new neighborhood. One of his neighbors said that she considers the flags "a respectful message showing, in my case, my disagreement with some of his thinking."

Pence has held hard positions on many LGBT issues; in 2015, while governor of Indiana, he signed a bill that essentially allowed businesses to discriminate against members of the LGBT community on the grounds of "religious freedom." He has spoken out against "don't ask, don't tell" and there have even been indications that he supports conversion therapy. CNN reported that his website once declared that "resources should be directed toward those institutions which provide assistance to those seeking to change their sexual behavior", though a spokesperson for the vice-president elect has denied that.