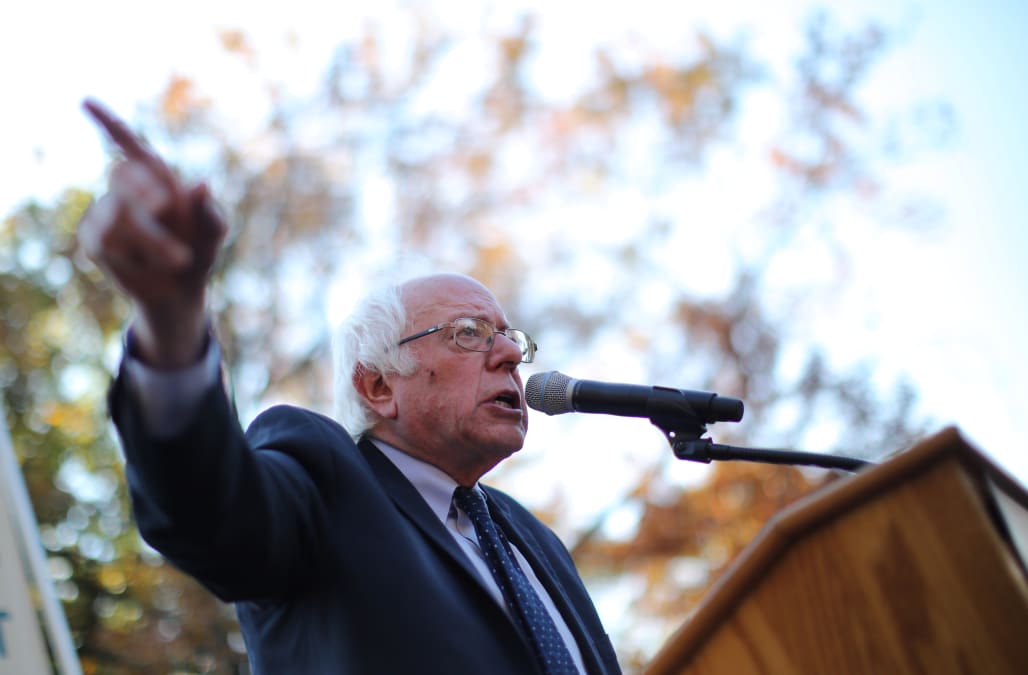 Senator Bernie Sanders penned an op-ed in The Washington Post to criticize president-elect Donald Trump's recent Carrier deal. Sanders said the deal, which has now been revealed to hand Carrier $7 million in tax breaks over 10 years to keep 1,000 jobs in Indiana, "endanger[s] the jobs of workers who were previously safe in the United States."

The deal with Carrier, a manufacturer of air conditioners and heating equipment for parent company United Technologies, will keep 1,000 jobs in VP-Elect Mike Pence's home state of Indiana. However, additional details are emerging. The Hill reports how 600 Indianapolis jobs will still move to Mexico, and the company will close a factory in Huntington (which will shift another 700 jobs to Mexico). As part of the deal, Carrier will be receiving $7 million worth of tax breaks over the next decade. Sanders says this deal does more harm than good for the American worker.

Sanders writes that Trump has already compromised his campaign promises with this deal. Sanders went on to say this could set a dangerous precedent where companies could easily show a bluff to Trump, who could cave to their demands:

"Trump has endangered the jobs of workers who were previously safe in the United States. Why? Because he has signaled to every corporation in America that they can threaten to offshore jobs in exchange for business-friendly tax benefits and incentives. Even corporations that weren't thinking of offshoring jobs will most probably be re-evaluating their stance this morning. And who would pay for the high cost for tax cuts that go to the richest businessmen in America? The working class of America."

Sanders points out that United Technologies is not in the red as it made $7.6 billion in profits in 2016. But ultimately, the Bern wants to look out for the working class in this post-election setting. He'll surely be keeping an eye on Trump for years to come.

(Via The Washington Post, Wall Street Journal & The Hill)

More from Uproxx:
Trump's Showdown With Manufacturer Exposes Obama's Weakness On Outsourcing
Bernie Sanders Wishes He Got The Chance To Take On Trump In The General Election
Donald Trump Can Mass-Text America Once He Takes Office, And You Can't Block Him