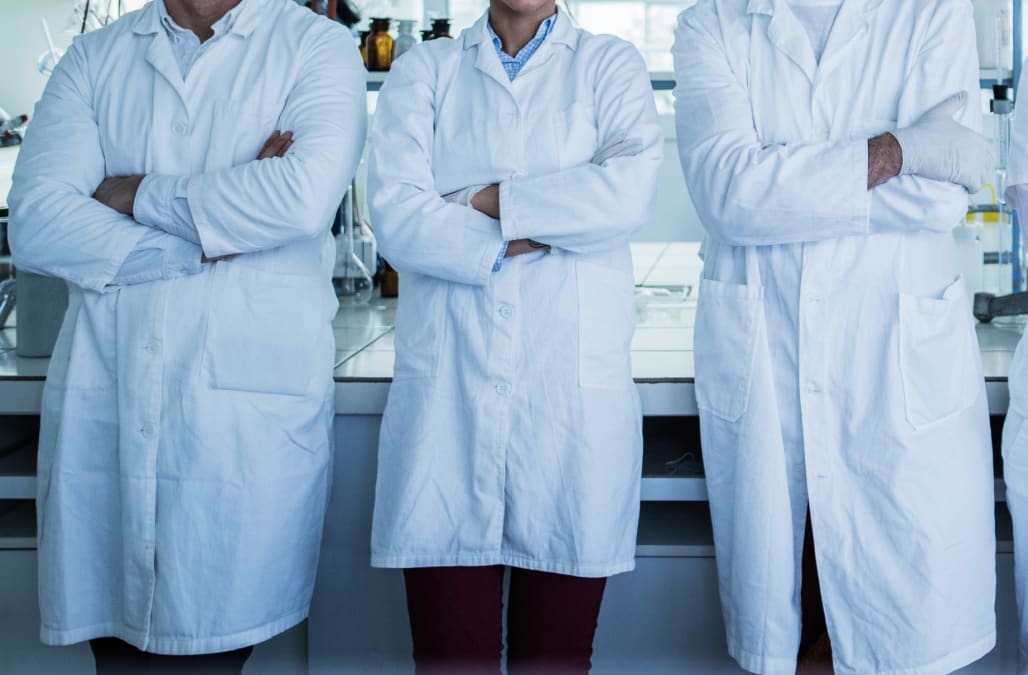 In the past, Donald Trump has made some suggestions that have alarmed the scientific community – calling climate change a 'hoax,' asserting that fracking is a risk-free practice, and calling the safety of some vaccines into question.

2,300 scientists, 22 of whom are winners of the Nobel Prize, have written an open letter to Trump and upcoming congress, asking that they respect the field, reports NBC News.

It begins, "Scientific knowledge has played a critical role in making the United States a powerful and prosperous nation and improving the health and well-being of Americans and people around the world...people benefit when our nation's policies are informed by science unfettered by inappropriate political or corporate influence."

The letter goes on to stress that, "...creating a strong and open culture of science begins at the top. Federal agencies should be led by officials with demonstrated track records of respecting science as a critical component of decision making."

Further noted is, "scientists should, without fear of reprisal or retaliation, have the freedom and responsibility to...conduct their work without political or private-sector interference," and, "disclose misrepresentation, censorship, and other abuses of science."

The authors close with a vow to, "...continue to champion efforts that strengthen the role of science in policy making and stand ready to hold accountable any who might seek to undermine it."

Octavia Butler, one of the greatest science fiction authors of the second half of the twentieth century, died in 2006, just two years after the first episode of "The Apprentice."

But in her 1998 novel "Parable of the Talents," Butler imagined a 2032 presidential campaign with some striking similarities to Trump's.

In the novel, as Fusion writer Kashmir Hill first spotted, Texas Senator and presidential candidate Andrew Steele Jarret runs on a platform of tough action against a US neighbor (Canada though, not Mexico) and controversial statements about Muslims (along with other religious groups.) But most striking is his slogan: "Make America Great Again."

The early science fiction novel "Ralph 124C 41+" by Hugo Gernsback made a number of stunning predictions, including solar power, radar, and television. But most stunning for a novel written in the silent film era was his vision of a two-way visual communication system using cameras and screens — one that looks a lot like Skype, Facetime, and other video conference systems.

In the 1960s, Star Trek predicted the smartphone.

If there's a single gadget that defines the modern era, it's the smartphone — part computer, part navigator, part communications device, and small enough to fit in your pocket.

The first true cell phones hit the market in the 1980s, early Blackberry smartphones in the late '90s, and the iPhone in 2010. But the original "Star Trek" series introduced the communicator — essentially a powerful smartphone without a screen — back in 1966. And Martin Cooper, who helped invent the mobile phone at Motorola, credits the fictional device with inspiring the innovation.

The legendary science fiction adventure author Jules Verne, in one of his less-well-known books, "From the Earth to the Moon," described a trio of astronauts launching from Earth's surface to land on the Moon.

As in the real Apollo 11 mission 104 years later, the adventurers take off from Florida and return to land in the Pacific Ocean. Unlike the real moon landing, they fire their craft out of a giant gun instead of riding a rocket.

Konstantin Tsiolkovsky, considered the father of rocketry in the early 20th Century, cited the novel as one of his inspirations.

Arthur C. Clark's most famous story, the 1968 novel "2001: A Space Odyssey" is notable for many big, important ideas and the classic film it inspired. It also featured characters using "newspads" — thin computers that characters controlled by tapping directly on their screens and used to follow the news of the world. Sound familiar?

In 2003, Margaret Atwood predicted some of the creepiest modern genetics research.

In her unnerving speculative novel "Oryx and Crake," Margaret Atwood looked at trends in genetics research and imagined where they might be headed.

As Science Friday writers Julie Leibach and Nicole Wetsman note, a number of her predictions seem to be coming true: goats that produce spider silk in their milk, green glowing bunnies,smart clothes, and even human organs grown in livestock.

John Brunner's strange, ecstatic 1969 novel "Stand on Zanzibar" doesn't get a fraction of the credit it deserves as a great work of mid-century sci-fi. If it did, more people might know about the eerie coincidences — and accurate predictions — in its plot. Ted Gioia compiled a long list of these at The Millions.

Here are the big ones.

Set in 2010, the story imagines a world with a vast social network that media organizations use to put out news in short bursts, and receive real-time feedback from their fans. The Soviet Union has lost power, and China stands as the most important US rival. America has largely left Jim Crow behind, but institutional racism persists. And, most bizarrely, there's a major world leader named President Obomi.