To your brain, religion is similar to sex and drugs 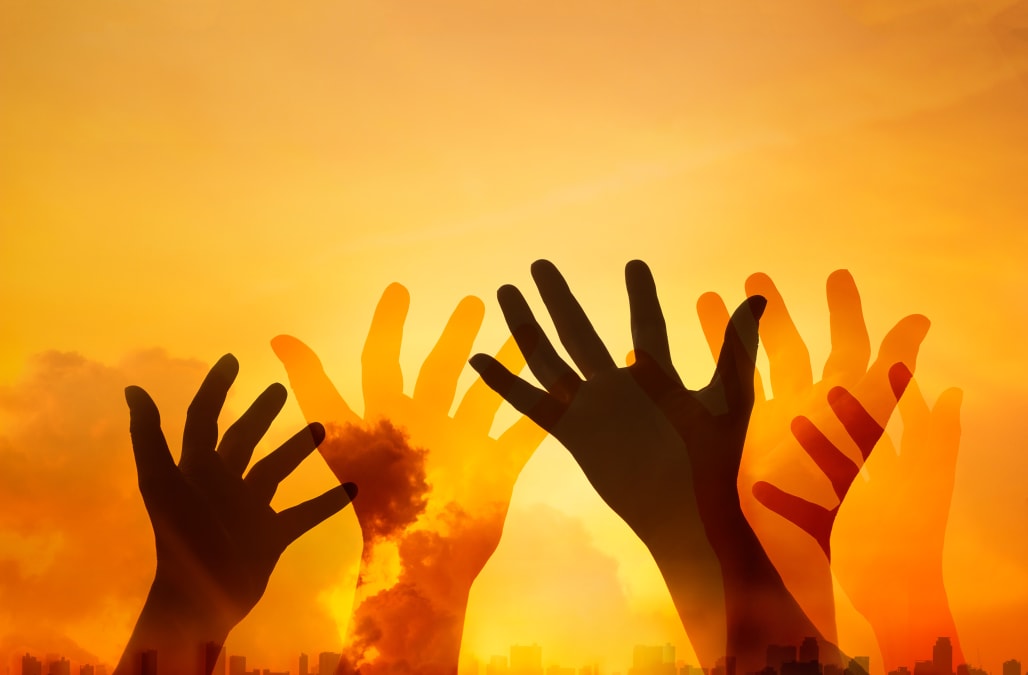 Religion may ponder questions about meaning of existence that lie beyond science's purview, but that doesn't mean science can't tackle how religion works. Now a new study suggests some intriguing possibilities about how religious and spiritual experiences trigger the reward and attention centers of the brain.

Past studies on the neuroscience of religion had been all over the map, with researchers unable to agree on a seemingly simple a question like which region of the brain is involved in a spiritual experience. That uncertainty, along with the fact that such experiences are complex and vary wildly among individuals, led some researchers to think that every brain might process religion differently. But now researchers at the University of Utah have found that intense religious experiences consistently activate the reward circuits in the brain.That's the same part of the brain that activates during more licentious experiences like drinking, having sex, or taking drugs.

"There's one major reward pathway in the brain," Jeffrey Anderson told Vocativ. "Whether you're talking about gambling or love or sex, it's the same basic circuits that process that pleasure."

The researchers reached this conclusion by putting 19 devout Mormons in an MRI. For an hour each, they watched religion-themed videos, read from the Book of Mormon, and listened to quotations from Mormon and other religious leaders. As clinical and artificial an environment as an MRI might be, the participants consistently reported that they were "feeling the Spirit" — the Mormon term for sensing a close connection with God — and many cried or otherwise felt extreme emotions over the course of their scans.

15 celebrities you didn't know were Mormon

This new research fits in with other recent studies that indicate the reward circuits of the prefrontal cortex may be crucial to religious experiences across many cultural groups. One study found Parkinson's patients who had suffered damaged to this part of the brain reported reduced levels of religiosity.

"To a believer, I would imagine that our results might not be too surprising," said Anderson. "These are rewarding experiences. Of course they're going to associate brain regions associated with reward and increased attention and morality."

But is this just a one-way phenomenon, or could the rewarding nature of religion shape how people respond to it in the first place? If religious experiences do activate the brain's reward pathways, it's possible that some people respond to religion as a whole because of those good feelings they know are coming.

"If religious and spiritual experiences ultimately trigger reward responses, that brings up the question of conditioning," said Anderson. That could make them more receptive to the drier, doctrinal parts of religion, even those beliefs that they might reject in a less neurally rewarding context. "Is it possible that any religious ideal, if you're where there's music and social rewards and reinforcement, and those get paired with doctrinal concepts, then virtually any religious idea could become rewarding?"

That idea requires further study, and it's still an open question whether the neural activity of 19 devout Mormons are truly representative of how spiritual experiences affect the brains across the world's cultures and religions. It's also possible atheists and agnostics might experience similar reward activation when spending time in nature or contemplating the universe.

But Anderson suspects religious experiences might indeed be similar, irrespective of the particular faith.

"Even if the messages or gods are very different, are we feeling it in the same way, in the same parts of the brain?" he said. If that is indeed the case, Anderson hopes this research might help people understand how their beliefs are far more alike than they are different.

The post To Your Brain, Religion Is Similar To Sex And Drugs appeared first on Vocativ.