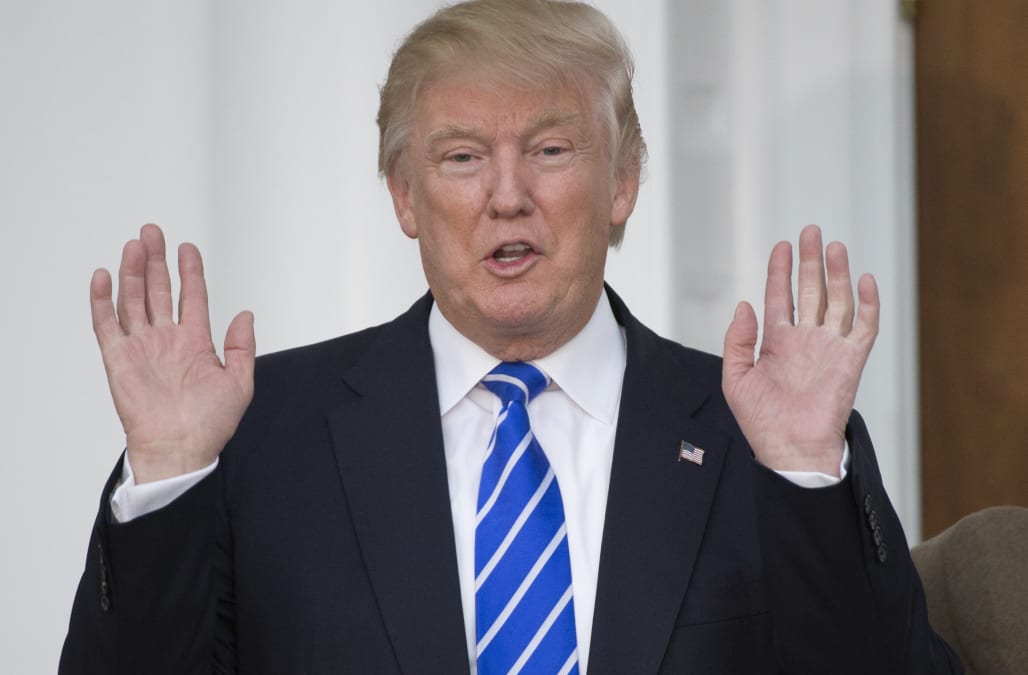 President-elect Donald Trump went head to head on Twitter with CNN anchor Jeff Zeleny over Trump's unfounded claims that there were "millions" of illegal votes cast in the 2016 election.

Zeleny referred to Trump as a "sore winner" in an on-air report Monday night, after the president-elect failed to provide any evidence of the rampant voter fraud that he asserted.

In response, Trump promoted a series of tweets from his supporters attacking Zeleny, including one that called the newsman a "part time wannabe journalist."

Zeleny fired back at Trump, challenging him to provide proof of his voter fraud claims: "@realDonaldTrump Good evening! Have been looking for examples of voter fraud. Please send our way. Full-time journalist here still working," Zeleny wrote on Twitter.

The argument stems from a missive Trump tweeted on Sunday without any evidence to back it up: "In addition to winning the Electoral College in a landslide, I won the popular vote if you deduct the millions of people who voted illegally."

Trump's Twitter followers leaned in on Zeleny, and he promoted several of their tweets:

"@HighonHillcrest: @jeffzeleny what PROOF do u have DonaldTrump did not suffer from millions of FRAUD votes? Journalist? Do your job! @CNN"

.@CNN is so embarrassed by their total (100%) support of Hillary Clinton, and yet her loss in a landslide, that they don't know what to do.

The president-elect previously stoked claims of voter fraud in the weeks leading up to the presidential election, urging his supporters to be watchful of irregularities at the polls.

Before the election, Trump and his surrogates openly predicted that it would be "rigged."

Although Trump won the Electoral College 306-to-232 to beat Democrat Hillary Clinton, he trails by more than 2 million votes nationwide.

For its part, Clinton's campaign said it would participate in the recount despite having found no "actionable evidence" of impropriety in the polling.

More from Business Insider:
WHITE HOUSE: 'There has been no evidence' to support Trump's voter-fraud claim
States where Trump claims 'serious voter fraud' took place deny 'unfounded' allegation
There's something distinctive in the way Trump talks about the alt-right