Tiny Belgium to get tinier as Netherlands grows 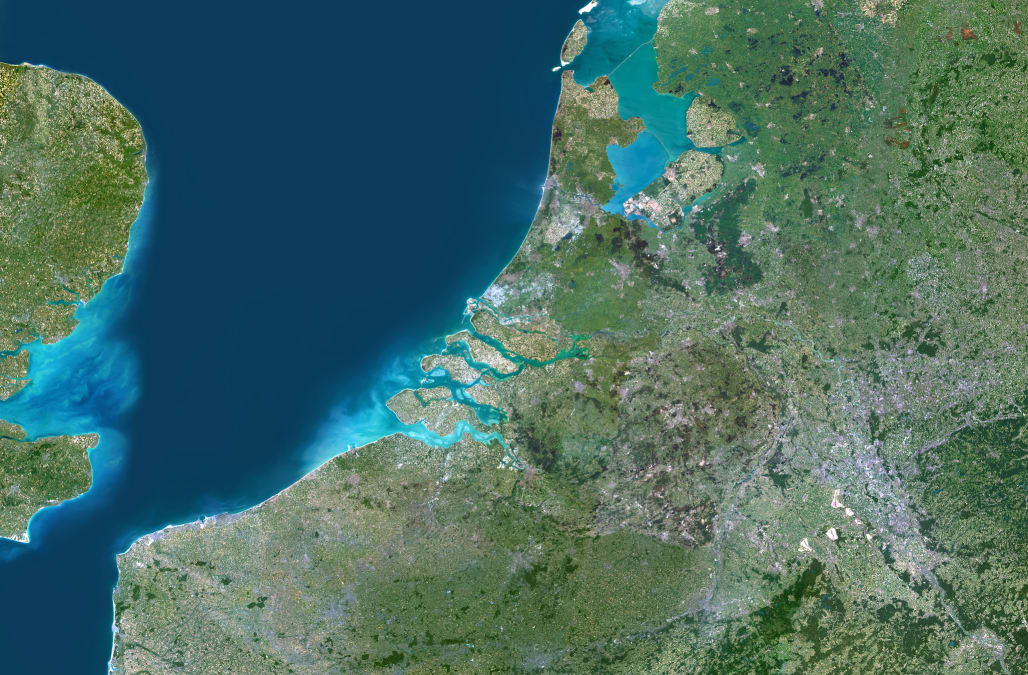 BRUSSELS, Nov 29 (Reuters) - Belgium is about to get smaller and the Netherlands bigger.

The two countries have agreed to a swap of land, a peaceful handover on a continent where borders have long been a source of bloodshed.

Each will cede small, uninhabited parcels of land to reflect a change in course of what is known in French as the river Meuse, and in Dutch as the Maas.

But it is not equal. Belgium will give two peninsulas of 16 hectares (40 acres) to the Netherlands and receive one of 3 hectares in return.

It all comes down to humans messing with Mother Nature, in this case straightening the river.

After Belgium gained independence from the Netherlands in 1830, the border was drawn along the Meuse. But in 1961, the river was straightened to make navigation easier, placing parts of each country's territory on the other side of the river.

With the current border, the only way to reach the land without crossing into another country is by boat.

A Belgian foreign ministry spokesman said police would find it very difficult to access the strips of land that Belgium is relinquishing if any incident were to occur.

"It was just not logical that that small piece was still part of Belgium," he said.

The border will most likely change at the start of 2018 after both countries have ratified a treaty signed on Monday by the Dutch and Belgian foreign ministers.

The land swap, however, does not extend to the border village of Baarle-Hertog, which famously has non-contiguous bit of the Netherlands in Belgium and vice versa.

Telling photos of international country borders around the world

This NASA satellite image depicts the border between Haiti, which is much more arid, on the left, and the Dominican Republic, which is greener, on the right.

This photo of the border between Israel and Egypt was taken by the International Space Station. The border is said to be one of the few that is so visible from space.

The Bering Strait separates the Seward Peninsula of Alaska to the east and Chukotskiy Poluostrov of Siberia to the west. The boundary between the US and Russia lies between the Big and Little Diomede Islands, visible in the middle of the photo here.

The incredible Iguazu Falls mark the border between the Brazilian state of Paraná and the Argentine province of Misiones.

Here we have the border fence between the US and Mexico. On the right lies Tijuana in Baja California, and on the left is San Diego, California.

The border fence between the US and Mexico stretches into the countryside near Nogales, Arizona. According to The Atlantic, the fences and roads that mark the border end at certain points before starting again a few miles away.

The US and Canada have one of the longest international borders in the world, spanning around 5,500 miles. This image shows Niagara Falls separating the two countries, with parts of Canada pictured on the left and the US pictured on the upper right.

Source: The Library of Congress

In the reading room of the Haskell Library, which was deliberately built along the US-Canada border, the international boundary is marked on the floor. Here, Canada is on the right and the US is on the left.

Learn more about the Haskell Library »

The border crossing between Costa Rica and Panama is a single-lane bridge that stands over the Sixaola River. The bridge is regularly used by cars, trucks, and pedestrians.

This image, taken by the International Space Station around 11:55 p.m., shows the nighttime appearance of the France-Italy border. The three highly lit areas are Torino in Italy, and Lyon and Marseille in France. The border can be seen in the center of the photograph.

In Baarle-Nassau, a municipality and town in the southern Netherlands, you can clearly see the border between the Netherlands and Belgium.

(Photo by Jérôme. Licensed under CC BY-SA 3.0 via Wikimedia Commons)

For clarification, the border has been made visible on streets with iron pins, indicating clearly whether each side is in Belgium or in the Netherlands.

Also taken by the International Space Station, this photograph shows the border between India (which is above the border) and Pakistan (which is south of the border). The border is the bright orange line visible in the photograph, and its illumination comes from the spotlights India placed along it to detect smugglers.

The Wagah border ceremony has been a daily military practice that the security forces of India and Pakistan have followed since 1959, even though there have been debates about continuing it. Every night before sunset, the flags are taken down at the Wagah border in a ceremony that includes a parade by the soldiers from both sides.

This International Space Station photograph displays the Iraqi fortifications that remain from the Iran-Iraq War. The diagonal line in the upper right shows the border between Iran (on the top) and Iraq (on the bottom).

Torkham, pictured here, is one of the major border crossings between Afghanistan and Pakistan on the Durand Line border.

In 2013, Bulgaria began plans to build a fenced Bulgarian-Turkish border, its purpose to keep refugees from the Middle East and North Africa from entering the country. The fence is 15 feet tall and 5 feet wide, with barbed wire.

Here is another image of a soldier stationed outside of the Torkham Gate. A building indicating Afghanistan can be seen in the background.

The Svinesund Bridge is an arch bridge separating the Swedish municipality of Strömstad from the Norwegian municipality of Halden. On the bridge is a line indicating Sweden, to the left, and Norway, to the right.

The Anglo-Scottish border, the border between England and Scotland, runs for about 96 miles between Marshall Meadows Bay on the east coast and the Solway Firth in the west. The fence shown here is one of the markers of the border.

The Guadiana River acts as a border between Portugal and Spain for 62 miles. Here, you can see an old unused police station in the town of Vila Real de San Antonio, in southern Portugal.