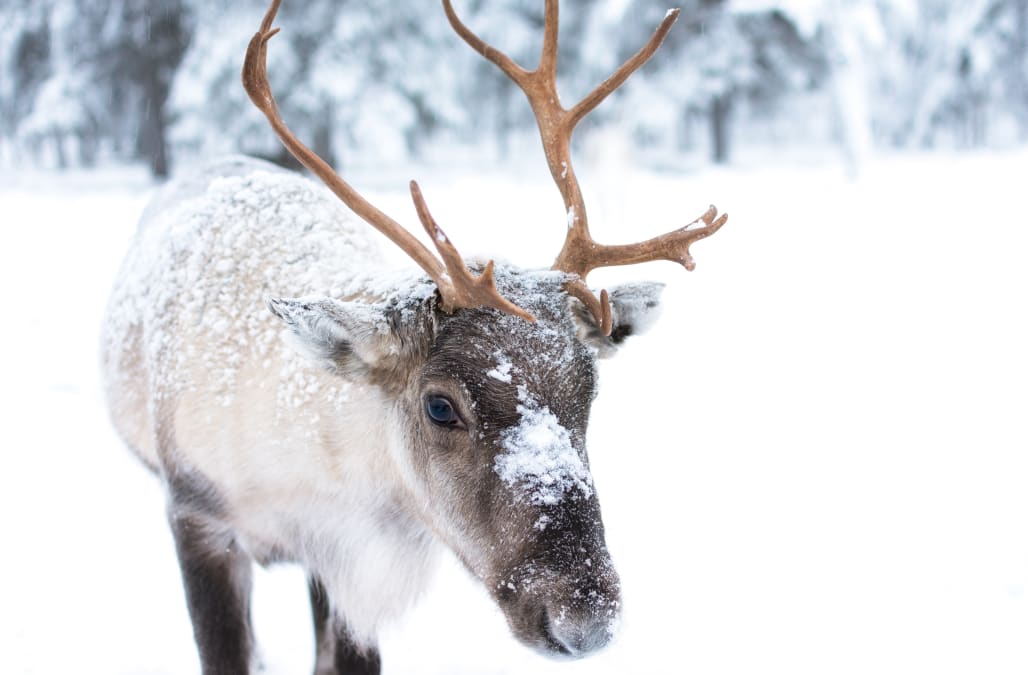 Rudolph is not the only reindeer going down in history. Domino's Pizza's new delivery reindeer may have a pretty good shot at that too.

Domino's Japan is currently training reindeer to pull sleds that will deliver pizza to hungry customers.

Domino's delivery driver Robert Isuf paddles a canoe down the River Loose in Maidstone, Kent, to deliver fresh pizza to Debbie Hayes, as Domino's announces it is trialling a waterway delivery service in the canal side village.

A Domino's Pizza delivery rider seen on his way to deliver pizza in London's financial district, Friday, January 6, 2006. Domino's Pizza U.K. & Ireland Plc, the largest British pizza-delivery chain, may say sales for the six weeks into the New Year increased as a result of new outlets.

Delivery vehicles stand outside a Domino's Pizza Inc. fast food store in Moscow, Russia, on Monday, Aug. 15, 2011. Domino's, which has 4,900 stores in the U.S. and 4,400 international locations, will open as many as 300 stores a year over the long-term, with most being in overseas markets.

Domino's franchisee Craig Birchall, and store manager, Angus Sinclair outside their Domino's Pizza Delivery store in Grattan St Carlton. The company has been listed on the ASX on 16th May, 2005.

While the sleds will be reminiscent of Santa Claus- the main reason behind the sleds is the weather. Japan is expected to get some serious winter weather, and delivery on bikes would be impossible- so reindeer will be a more practical way for pizza delivery people to get around.

All sleds will come equipped with a GPS tracker so customers at home can track their delivery in real-time. In December, the tracker will even begin using a reindeer icon.

More from AOL.com:
You can have dinner with Santa in the sky
In America's 'Murder Zone', it's easy to get away with killing someone
Video shows angry bear being rescued from septic tank