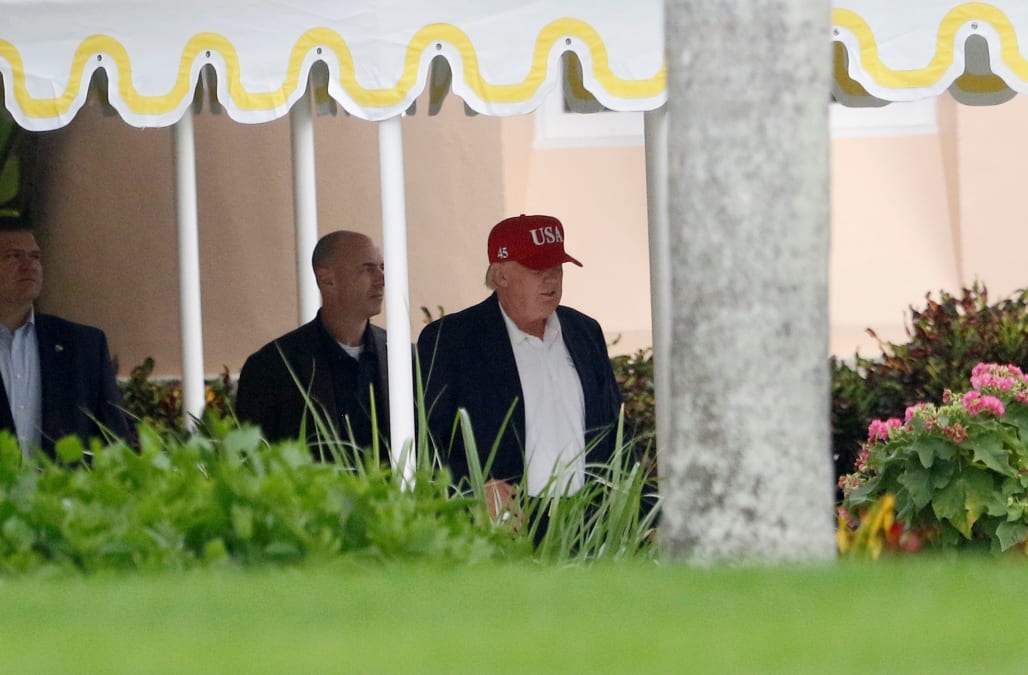 The soon to be 45th President of the United States was spotted wearing a red hat with USA written on the front and the number 45 written on the side.

Photographers captured the image as Trump was leaving his Mar-a-lago estate in Florida.

The new headgear is different from the Make America Great Again hat Trump wore throughout his campaign.

It's not clear if the new version of the hat will be available for people to buy online.