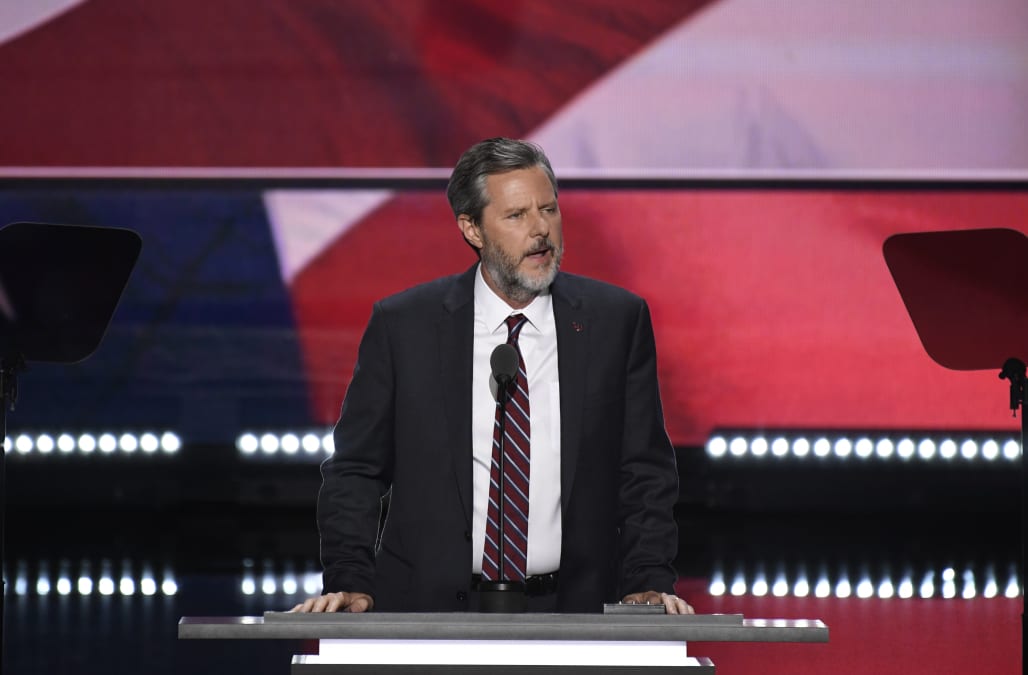 Jerry Falwell, Jr., the evangelical Liberty University president and prominent Christian conservative surrogate for President-elect Donald Trump's 2016 campaign, says he turned down an offer to serve as Trump's secretary of education this week.

According to the Associated Press, Falwell "says Trump wanted a four- to six-year commitment, but that he couldn't leave Liberty for more than two years ... he couldn't afford to work at a Cabinet-level job for longer than that and didn't want to move his family, especially his 16-year-old daughter."

Instead, Trump went with Betsy DeVos, a charter school advocate and billionaire.

Newt Gingrich is rumored to be among Trump's top picks for secretary of state. REUTERS/Eduardo Munoz

Mitt Romney has reportedly been in discussions for secretary of state.

Ted Cruz was believed to be under consideration for Trump's attorney general.

Bob Corker is also rumored to be among Trump's picks for secretary of state. REUTERS/Mike Theiler

Stephen Hadley is rumored to be in the running for secretary of defense. REUTERS/Larry Downing

Jim Talent is rumored to also be in the running for secretary of defense. REUTERS/Tim Parker

Rudy Giuliani was also rumored to be among Trump's top picks for attorney general. REUTERS/Joshua Roberts

Robert Grady is also being eyed for the Interior Secretary position.  REUTERS/Fred Prouser

Donald Trump Jr. is also said to have interest in the Interior Secretary position. (REUTERS/Mike Segar)

Sam Brownback is also one of the several names being considered for Agriculture Secretary. REUTERS/Mike Segar

Rick Scott is considered to be a top contender for Health and Human Services Secretary.  REUTERS/Joe Skipper/File Photo

Jeff Miller's name has been bounced around many times for the Veterans Affairs Secretary position. (Photo By Tom Williams/CQ Roll Call)

Myron Bell who has been a part of Trump's transition team is rumored to be the top pick for Environmental Protection Agency Administrator position.

Representative Tom Price of Georgia is being considered for the position of secretary of health and human services.

John Bolton is yet another rumored pick for secretary of state.

Falwell is the son of controversial late preacher Jerry Falwell, the creator of the Moral Majority who once blamed gays and abortion for the Sept. 11, 2011 terror attacks. The younger Falwell assumed his leadership position at Liberty University upon his father's death in 2007. The school is famous for its strict code of conduct banning "lewd" media, drugs and alcohol, sex outside of marriage, as well as its dress code and gender segregation.

Falwell is an ardent gun rights supporter who once proposed armed students and faculty could stop and kill Muslims, and changed the university's policies to allow some students to store firearms on campus in 2015. He is a biblical creationist and staunch social conservative whose tenure at Liberty University suggests he would take the opportunity of a federal appointment to advance those views in the nation's school systems.

While evangelicals broke heavily for Trump this election, Falwell's January 2016 endorsement of Trump resulted in criticism from other Christian conservative leaders and former Liberty students.

"Not only did he compare Trump to his own father, he had the audacity to compare Trump to Jesus," Patrick Henry College chancellor Michael Farris wrote, according to Christian News. "Giving Trump an honorary doctorate in the past was unwise, but comparing him to Jesus was as close to heresy as I ever wish to witness."