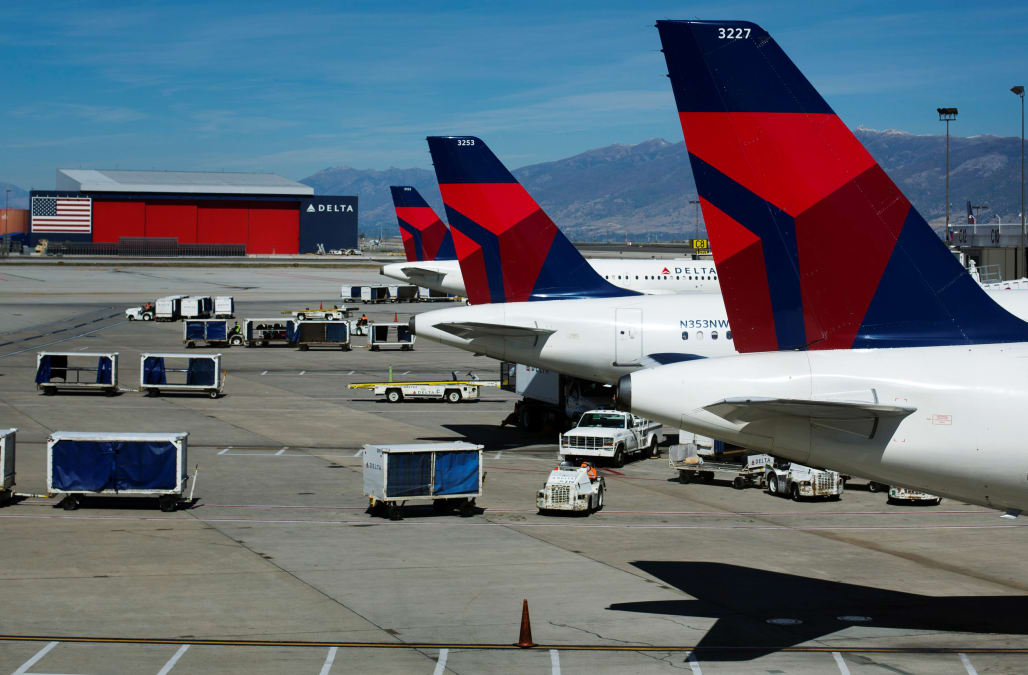 Delta is expressing regrets for not removing a passenger from a plane who was disruptive on a flight. The passenger allegedly caused a disturbance while showing support for president-elect Donald Trump and attacking those who didn't.

Another passenger on board of a flight leaving from Atlanta to Pennsylvania recorded the incident and posted it on Facebook.

In the video, the man is heard saying, "Donald Trump baby! We got some Hillary b----es on here? Come on, baby. Trump!"

He continued saying, "Donald Trump is your president, every godd--n one of you," and, "If you don't like it, too bad."

After the video was posted on Twitter, users began tweeting Delta with concerns. One user tweeted, "I am deeply disappointed that @Delta did not prioritize the safety and well-being of its passengers and eject this man from the plane."

Actress Gabrielle Union posted, "Flying @delta tomorrow. Pls let me know if I need to change my flight and take my business elsewhere."

Delta soon released a statement to apologize. They wrote, "We have followed up with the teams involved and all agree that this customer should not have been allowed to continue on the flight. Our responsibility for ensuring all customers feel safe and comfortable with Delta includes requiring civil behavior from everyone. The behavior we see in this video does not square with our training or culture and follow up will continue so we can better ensure our employees will know they will be fully supported to make the right decisions when these issues arise."