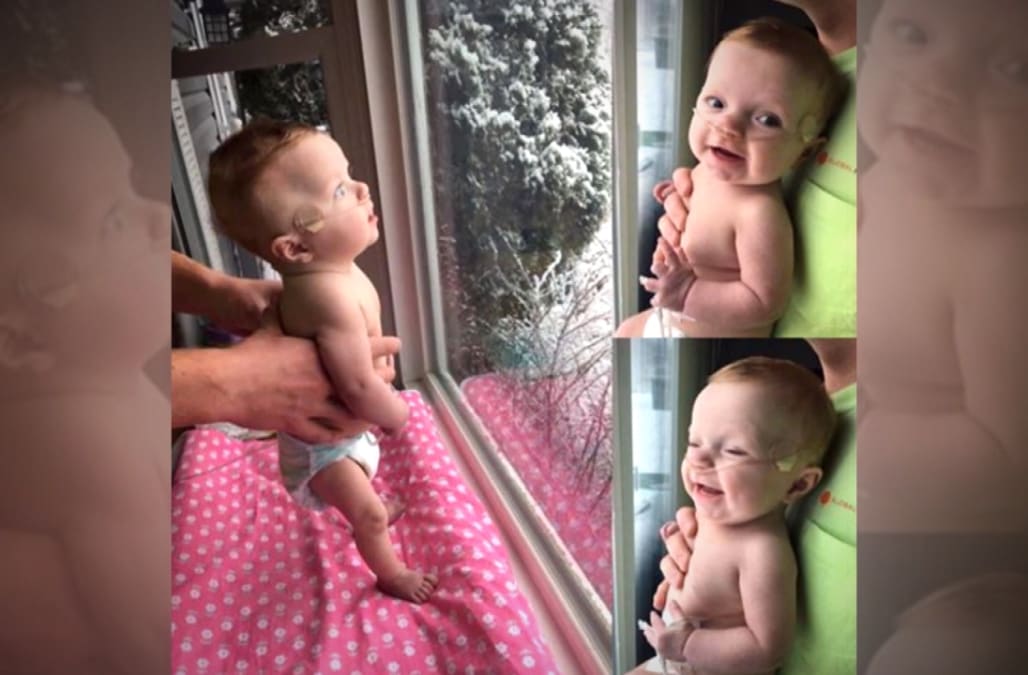 If Johanna Morton had done what the doctors recommended, she would not have a daughter.

When she was 12 weeks along, an ultrasound showed her unborn baby had a serious heart defect and would likely not survive. Her physicians thought it might be best to abort her fetus, Morton told InsideEdition.com.

"They told me many times," she said. But Morton doesn't believe in abortion and is a devout Christian. "I believe she was given to me for a reason and it was up to Him to call her home or not," Morton said of her baby girl and her God.

Despite all the dire diagnoses, Morton carried her baby until the 37th week, when Clara Ray was delivered via C-section. The infant had numerous physical problems.

Read: Moms Who Once Lost Children Pose With Their 'Rainbow Babies' to Instill Hope in Other Moms

She had two holes in her heart, and a missing wall. Doctors said she had congenital heart disease. Her first open-heart surgery came when she was six days old.

Clara needs oxygen 24 hours a day and has a pacemaker. One side of her heart is drastically smaller than the other. She also has several spleens.

But every day is a blessing, says her mom.

And just before Thanksgiving, at five months old, Clara saw snow for the first time and was transfixed. Photos of her reaction, looking out the window of her upstate New York home, have gone viral.

"She was like mesmerized," Morton said. "She just kept smiling."

Her baby's joy gives Morton hope, which makes all the difference in the difficult world that is her family's daily life.

Clara requires eight medications, delivered four times a day. "She will take a bottle, but she runs out of energy," her mother says.

When that happens, Clara is fed through a tube in her stomach. Because she is prone to getting sick, she is on a constant round of antibiotics.

There is no way of knowing how long Clara will survive, her mom says. "They tell us to enjoy every minute with her.

"There's no cure," Morton said. "It is basically repairs. They can't tell us when she'll need another repair. We just continue to go to cardiologists every three weeks."

There is fear that Clara's heart will not grow as fast as the rest of her body.

But for now, Clara's mother and father are just thankful she has made it to the holiday season, and delight in her experiencing the wonders of life.

"We just have to take it one day at a time," her mom said.